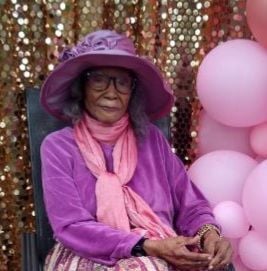 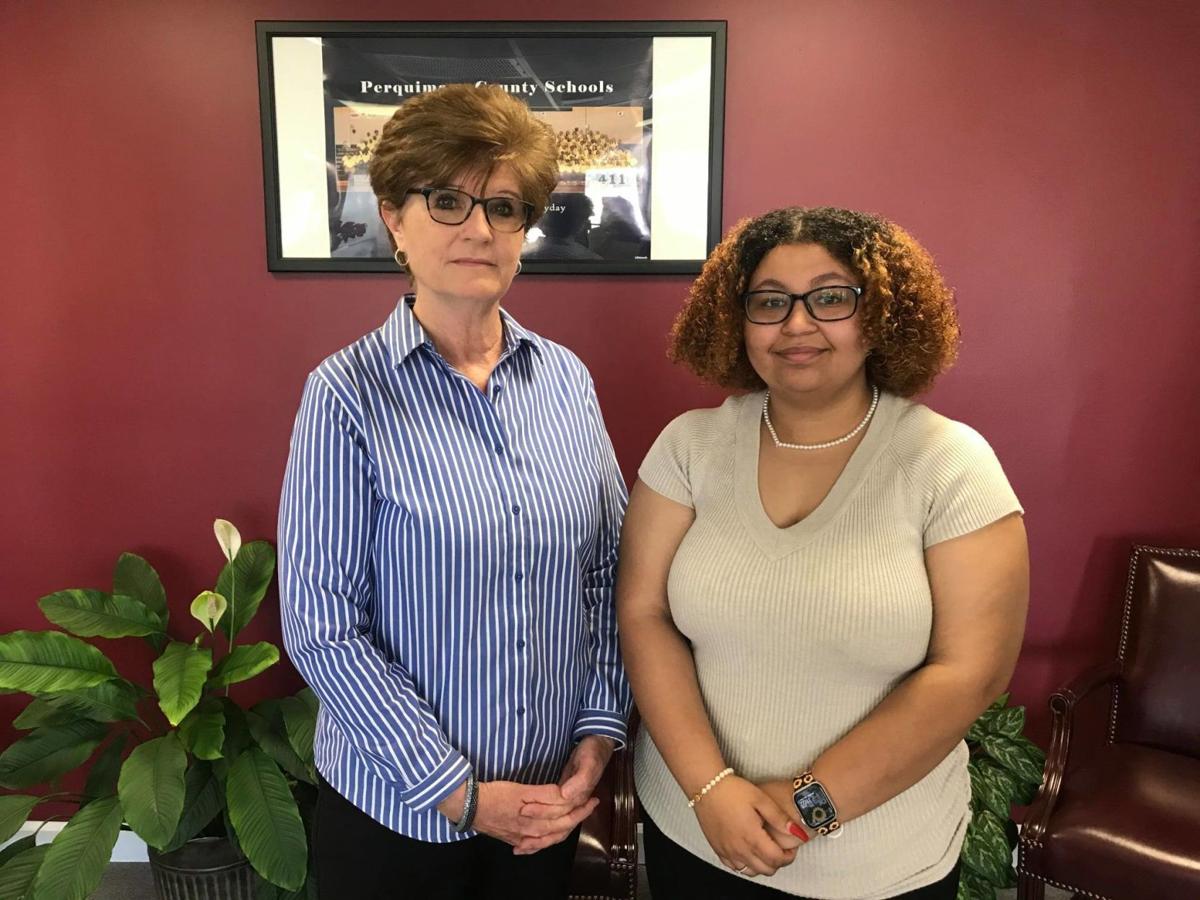 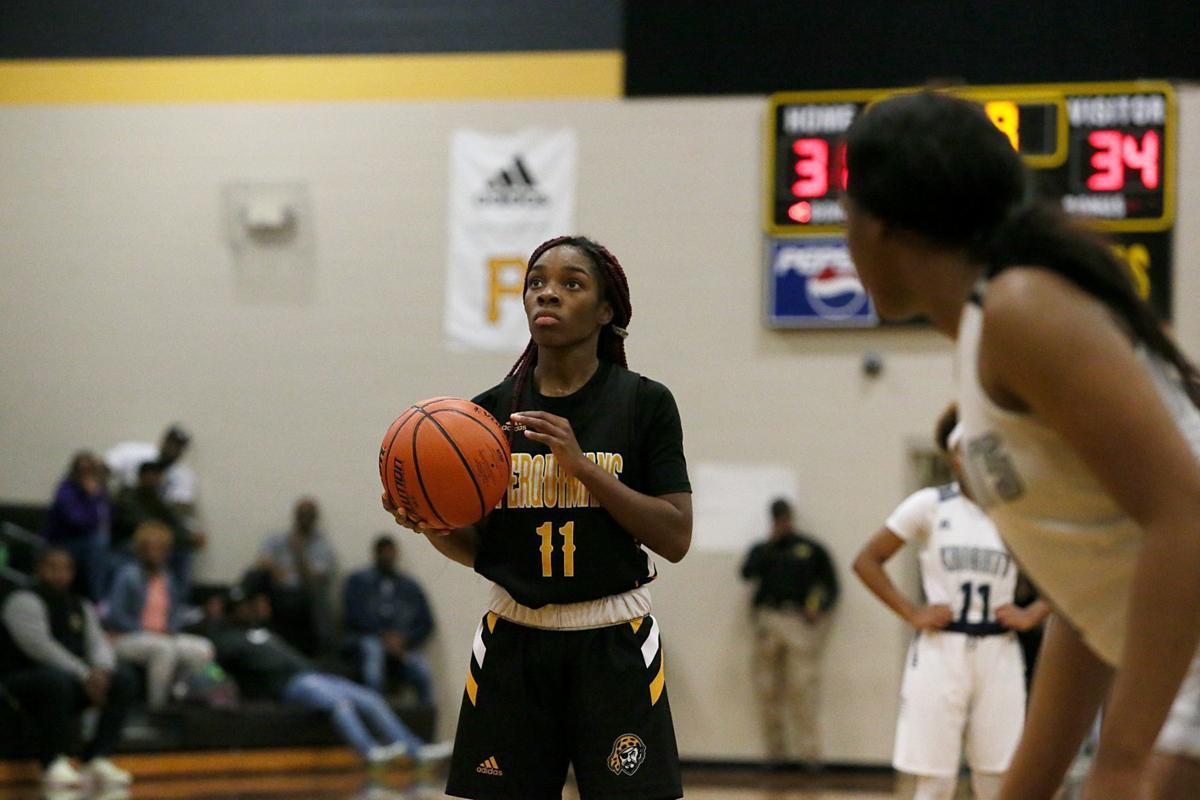 Hertford Rotary Club Student of the Month for April, Asha Elliott is a top student and talented athlete.

Hertford Rotary Club Student of the Month for April, Asha Elliott is a top student and talented athlete.

A round-up of all things Perquimans County…

Lessie B. Riddick of Perquimans County turned 100 years old on April 5. As a woman born 100 years ago Lessie has seen the world change in almost unspeakable ways.

Undoubtedly to live 100 years is a milestone, especially during this time of uncertainty regarding our health and freedom.

Lessie remarks she is happy and living an extremely comfortable life. She begins and ends each day thankful to God for all the love and blessings he continues to bestow upon her.

At 100, Lessie still enjoys some level of independence one being that she makes her own cup of coffee every morning. She believes when we name the things we are grateful for, the good Lord continues to bless us with more to be thankful for.

In other news, there will be a “grand re-opening” at Spirit & Truth United Methodist Church with a Sunday service starting at 1:30 p.m. April 25. About a year ago in mid March, a fire that damaged the interior of a church in Winfall that was set deliberately, the Perquimans County fire marshal said.

Pastor Arthur Manigault said the church was vandalized, equipment was stolen, and then the Church suffered $300,000 worth of damage because it was set on fire. The perpetrators were never caught.

As part of the grand re-opening ceremony, Manigault said there are dancers coming from Hannah’s Haven of Greensboro as well as our District Superintendent Gil Wise.

Rotary Club of Hertford’s Students of the Month for April are Asha Elliott and Iasia Collier, both seniors at Perquimans County High School.

Elliott is an Honor Roll student who has competed in the Women’s Mathematics Competition and she is a member of the National Society of High School Scholars and Beta Club and an All-Conference basketball player. She plans to attend Wake Technical Community College to major in medical sonography.

Collier is an Honor Roll student who has been awarded two first-time scholarships from the PQ Schools Foundation – The Dwayne K. Stallings Education Scholarship, and The Annette Johnson Perseverance Scholarship. She is dual-enrolled at the College of the Albemarle. She is secretary of the Varick International Christian Youth Council for the Albemarle Conference in the A.M.E. Zion Church, a Senior Yearbook Editor and works at McDonald’s. Collier plans to attend NC A&T State University, majoring in Social Work.

In other news, Shelton Skinner asked about the status of the Wynne Fork bridge, so the Perquimans Weekly reached out to the county, NC DOT and Piedmont Natural Gas for answers. Construction on the bridge was halted when a natural gas line ruptured in December.

NC Department of Transportation Communications Officer for District 1 Tim Hass said that during a bi-weekly conference call with Piedmont Natural Gas on April 7 , DOT was notified that Piedmont Natural Gas’ subcontractor was in the process of mobilizing and planned to begin clearing and installing erosion control this week. PNG anticipates the boring subcontractor will mobilize by April 12 and if the bore goes without any major issues, they expect the project to be turned back over to S T Wooten in late May.

The bridge project was about 50% complete at the time of the gas line strike and we anticipate about two months to complete after the contractor is able to mobilize back on site.

As far as the cause of the accident goes, that is still under investigation.

NC State Bureau of Investigation has not made any arrests as yet in the ongoing probe of Town Hall. SBI is investigating whether Mayor Pro Tem Ashley Hodges’ personal emails were retrieved from a town computer without his permission and then used by another town councilor to extort him. Angie Grube, public information director for the SBI said the investigation remains ongoing.

Weather permitting this will be a DRIVE-IN Service in our Parking Lot. Bad weather will move us indoors. The physical address for New Hope UMC is; 2098 New Hope Road, we are at the intersection of Woodville Road and New Hope Road, across from the Durant’s Neck Fire Department. Stay in your car, or bring a lounge chair. Your friends will be here. Rain or Shine, we will Worship.