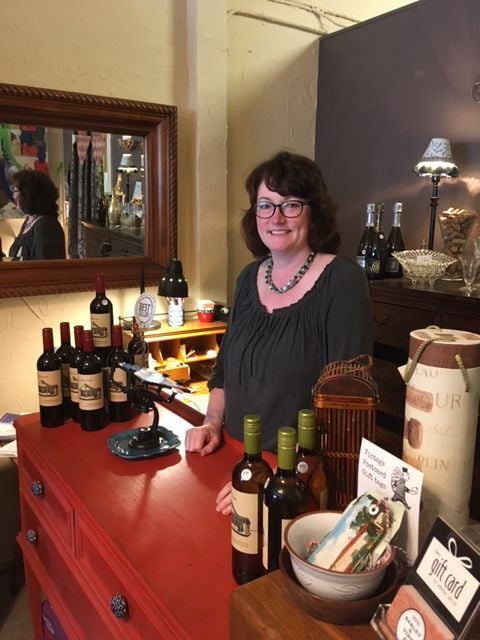 Sharon Smith co-owns Barley and Vine with her husband Jim. The couple is saying goodbye to their shop; it’s under new ownership – Lisa Verrastro. 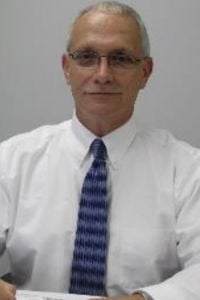 Sharon Smith co-owns Barley and Vine with her husband Jim. The couple is saying goodbye to their shop; it’s under new ownership – Lisa Verrastro.

A round-up of all things Perquimans County…

Other day, I brought my wife and daughter to White’s Dress Shoppe on Market Street. Store is closing soon, so there are good deals on dresses – check it out! They bought a couple of dresses and then we moved onto lunch at Woodard’s Pharmacy on Church Street. We had three sandwiches – turkey with lettuce, tomato, mustard – along with fountain drinks, a moon pie and some chips. Excellent food at good prices.

Afterward, we headed to Barley and Vine where I talked with Guy Simmons about all the good the Perquimans Arts League is doing and their ambitious plans for the future. More on that in a future edition.

On that note, Simmons said as soon as Peter Williams’ headstone arrives, there will be a memorial service held to honor the former editor of the Perquimans Weekly.

While at Barley and Vine, I also spoke to the store’s co-owner Sharon Smith, who has served as Perquimans Tourism Director since 2017. She and her husband, store co-owner Jim, have restored the historic Francis Nixon House out by New Hope Road.

Anyway, Mrs. Smith shared some good news about Barley and Vine – store is under new ownership. Here’s the inside scoop.

New owner is Lisa Verrastro, a mother to four and grandmother of six.

Originally, Verrastro hails from Huntington Beach, California, where she owned an antique store for going on 21 years. Like many of people, Verrastro saw that eastern NC is a good place to live and settled in these parts. In 2016, Verrastro purchased the Cupcake House in Hertford. Presently, Verrastro is renovating Nancy Rascoe’s magical 1812 house, a stone’s throw from the Perquimans River.

For those who may be new to the area, Rascoe was considered the “Miss Manners” of northeastern NC. She ran the Summer Etiquette School, a program that ran for 25 years, teaching young ladies and gentlemen proper etiquette, manners, respect for others and themselves, and the social customs important to become successful professionals and business leaders. Rascoe passed away about two years ago in November 2018.

But I digress – Verrastro is the new owner of Barley and Vine, a great place to buy a top shelf bottle of wine at an affordable price. Woman knows the community, she’s “good people” as they say.

“So here I am, the new proprietor of Barley & Vine. And I owe that honor to Jim & Sharon Smith for entrusting me with their dream. Hertford, here I come, ready or not!”

In other news, Shirley Foreman’s little dog had a tragic end last week. This is a family newspaper and this country editor is an animal lover, so I’m not going to relay the morbid details.

Though I was unsuccessful before press time in reaching Foreman, I did talk to Hertford Police to answer questions about the incident.

“District Attorney’s Office and they advised me that they felt there was no crime committed in the incident,” Officer John Duncan said. “There was no intent that could be proved that the suspect meant to harm the animal that was running around while not on a leash. There are also other factors that indicated this was accidental. Although this is horrific, Shirley was advised that she could sue the suspect civilly.”

Let’s move on; Belvidere Day 2020 has been canceled due to COVID-19. Festival was scheduled for Oct. 31 in the tiny hamlet. Tis’ a good festival. Ah, man! Eh, festival or not, our family will still make the trek to Layden’s Supermarket to pick up a pound of bacon, cheese, maybe a pop.

“We are praying for continued healing and strength so that he will be able to receive the surgery he needs for a full recovery. He is greatly loved and missed,” Superintendent Tanya Turner said.

Lastly, some more good news – Halloween returns to Hertford! Watch out for princesses and goblins… On FRIDAY, Oct. 30 the merchants will be have Trick or Treat time from 3 to 5 p.m. This will be followed by other kid-friendly activities from 5 to 7 p.m. Church Street will be closed to traffic for the safety of the children. Bring your child to enjoy a safe, Halloween activity sponsored by the Perquimans County Chamber of Commerce.

Moreover, because it is close to Halloween when the spirits come to life, any dead people who are reading this column and who are registered to vote in Perquimans County, early voting runs between Oct. 15 and Oct. 31. Since the dead seem to come to life around Halloween, make your voices heard at the ballot box in what is sure to be an historic election.