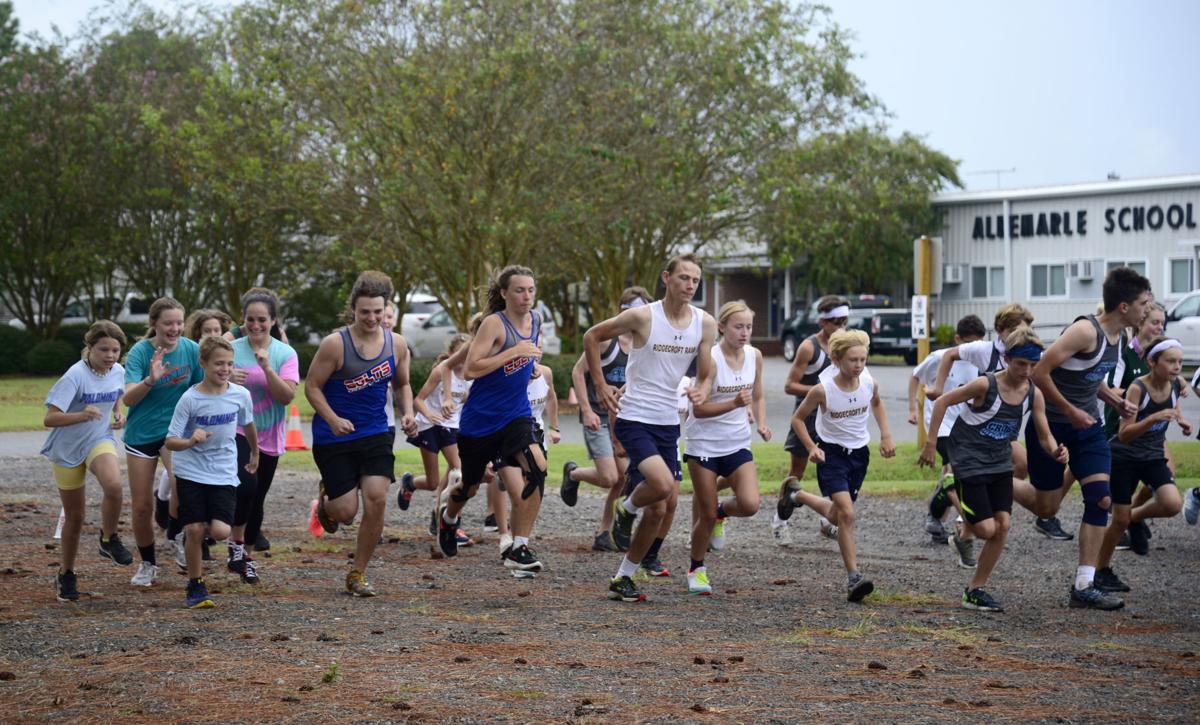 The start of a Tarheel Independent Conference (TIC) cross country meet at Albemarle School, Tuesday. The meet was the first high school sporting event in the area since the coronavirus pandemic suspended prep sports in mid-March. 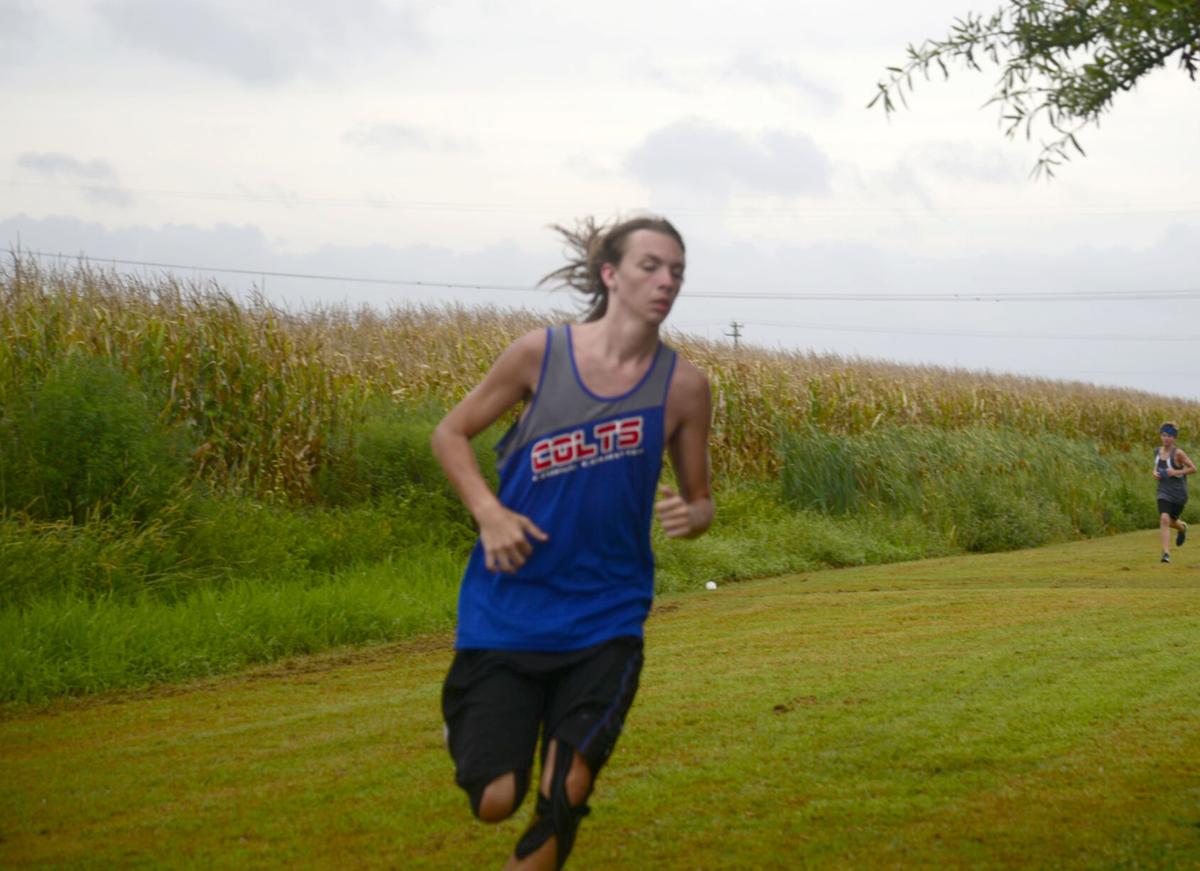 The start of a Tarheel Independent Conference (TIC) cross country meet at Albemarle School, Tuesday. The meet was the first high school sporting event in the area since the coronavirus pandemic suspended prep sports in mid-March.

Despite an overcast afternoon and a damp course from rain that fell earlier in the day, high school sports returned to the region Tuesday afternoon at Albemarle School.

The meet not only marked the beginning of the 2020 cross country season, but it was the first high school sporting event in the region since the coronavirus pandemic led to the suspension of high school sports in mid-March.

In the boys’ meet, Albemarle School’s Donovan Sherlock led the majority of the race as he finished in first place.

Sherlock, a junior, said he was pleased with his result in the race.

Even with the meet being the first of the season, Sherlock felt everybody did a good job.

He expressed appreciation for being able to compete this season.

“I know a lot of people don’t have the opportunity to come back out because of COVID-19,” Sherlock said. “With our group of schools, we are very fortunate to be able to come out here and run.”

Most member schools of the NCISAA are competing in fall sports.

Member schools of the North Carolina High School Athletic Association (NCHSAA), which primarily comprised public schools, have delayed the start of sports to at least November.

Albemarle School cross country coach and athletic director Tim Dunn acknowledged it was exciting to have a meet.

“The kids missed athletics a lot,” Dunn said. “I’m glad to see that we are able to have them again in some capacity.”

Sherlock is already an accomplished distance runner at the high school level.

Sherlock was an TIC all-conference performer, conference runner of the year and an NCISAA Class 1A all-state team performer in 2019.

He noted that he wants to try to do the best he can and wants to see all the athletes in the cross country program achieve personal best times during the season.

Sherlock, a two-time NCISAA Class 1A all-state team selection in cross country, will be joined on the Albemarle School boys’ team by senior Logan Dunn, another athlete who did not compete in Tuesday’s meet and a group of younger runners.

Coach Dunn noted the younger athletes will contribute this season.

Coach Dunn said it was a confidence boost for Sherlock to improve the way he did and perform at the state meet, while enduring an injury.

The coach acknowledged the girls’ team has a bright outlook this fall.

“They are working really hard,” coach Dunn said. “Their times are improving. They’re having fun. That’s the important part.”

The Albemarle School girls’ team will be without Katie Hansen, who was a senior last fall and is set to become a member of the Barton College women’s cross country team.

Miller Lee (sixth) and Davis Lee (eighth) were part of the six athletes Pungo Christian had place in the top 10.

Ridgecroft had the top five individual times in the race and placed seven athletes in the top 10.