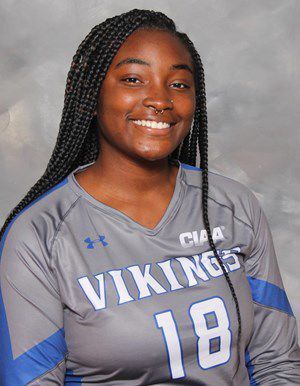 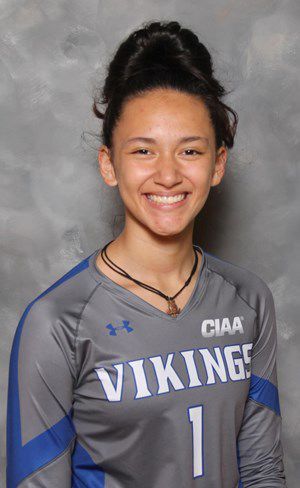 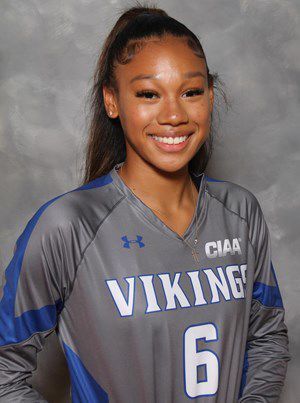 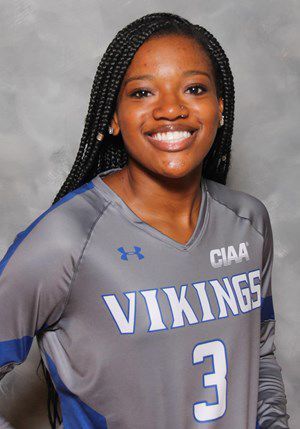 A group of women’s volleyball players from Elizabeth City State University were recognized by the Central Intercollegiate Athletic Association for their play last week.

According to the CIAA, McNeill opened the season with a conference-high 48 kills and 2.82 kills per set in four matches. The junior outside hitter also totaled 49 digs,10 service aces, six assists while leading the CIAA with 61 total points on the week. McNeil helped the Vikings finish with a 3-1 record over the week with wins over Young Harris, Lander, and Chowan.

The league noted Leggett tallied 71 digs – including a pair of 20-dig performances – in ECSU’s the first four matches of the season, a total that led the CIAA for the week. The freshman from Atlanta, Georgia also totaled 12 assists and seven aces while helping the Vikings to a 3-1 record on the week.

The association said Kellum recorded 90 assists over four matches this past weekend while helping ECSU to wins over Young Harris, Chowan, and Lander. Her individual match totals of 24, 24, 22, and 20 digs were the highest across the conference for the opening week. The junior setter also totaled 56 digs, 23 kills, and 17 blocks in four matches and recorded a triple-double with 25 digs, 24 assists, and 11 kills in a match against Lees-McRae.

The CIAA noted in her first collegiate action, Griffin contributed 23 kills over four matches with a .230 cumulative hitting percentage, which ranks second in the CIAA so far this season. Her .462 attack percentage in the win over Young Harris was the highest among CIAA freshmen and second-best in the league for the week. The Virginia Beach, Virginia native also totaled a conference-high 20 blocks on the week and helped the Vikings to a 3-1 record to start the season.

NORFOLK, Va. — In commemoration of the 20th anniversary of 9/11 and as a thank you to those who help keep the community safe during the pandemic, the Norfolk State Department of Athletics is offering complimentary tickets for all military, first responders and front-line medical workers to attend the Spartans’ home opener on Sept. 18 against Elizabeth City State.

First responders and front-line medical workers may present their work ID at will call and receive their complimentary ticket to the game on Sept. 18. Kickoff is at 6 p.m. at William “Dick” Price Stadium.

Single-game and season tickets for NSU football are on sale at the NSU Ticket Office on campus or by visiting NSUSpartansTickets.com.

GREENVILLE, S.C. — Toby Sims of Chowan and Reno Van Der Meer of North Greenville have picked up the first weekly honors for Conference Carolinas men’s soccer of the fall of 2021.

An All-American defender, Sims was the offensive force behind Chowan’s 2-1 win over No. 10 Lander on Sunday, Sept. 5. The graduate student from Tuxford, England scored twice in the final 15 minutes of play to lead Chowan to its first win over a nationally-ranked foe since Sept. 23, 2017.

A graduate student goalkeeper from Badhoevedorp in The Netherlands, Van Der Meer made eight saves on 13 shots faced in North Greenville’s season-opening 2-0 shutout win over Georgia Southwestern on Saturday, Sept. 4.