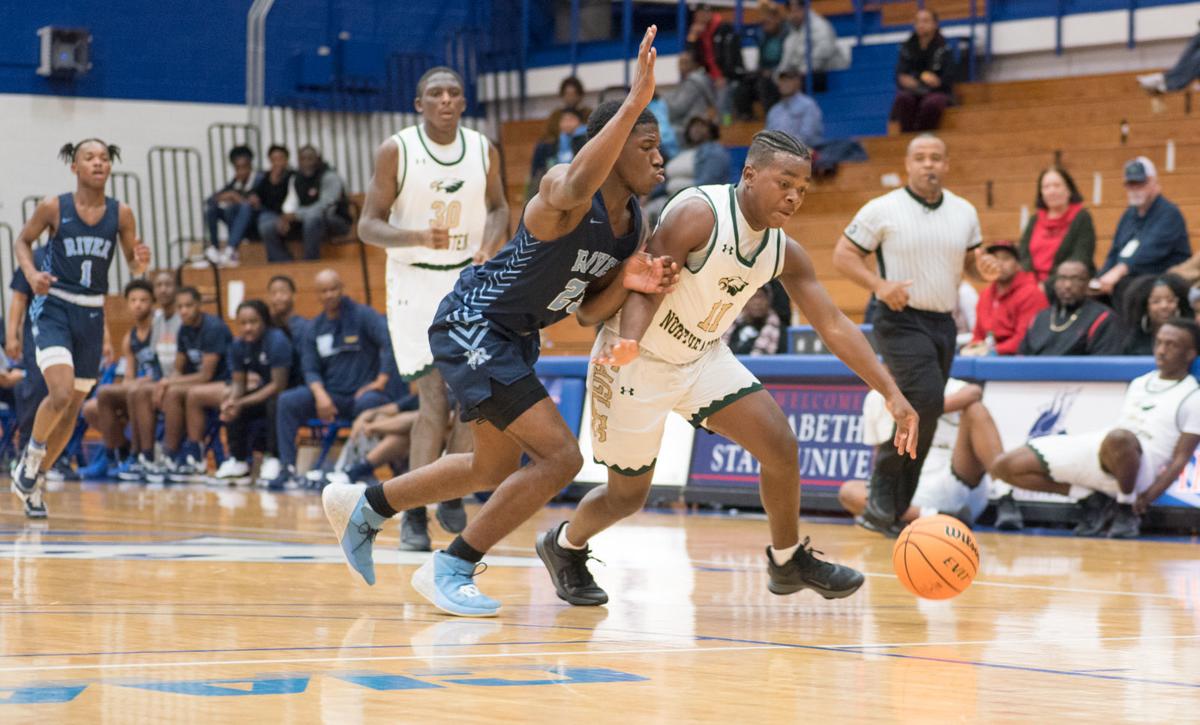 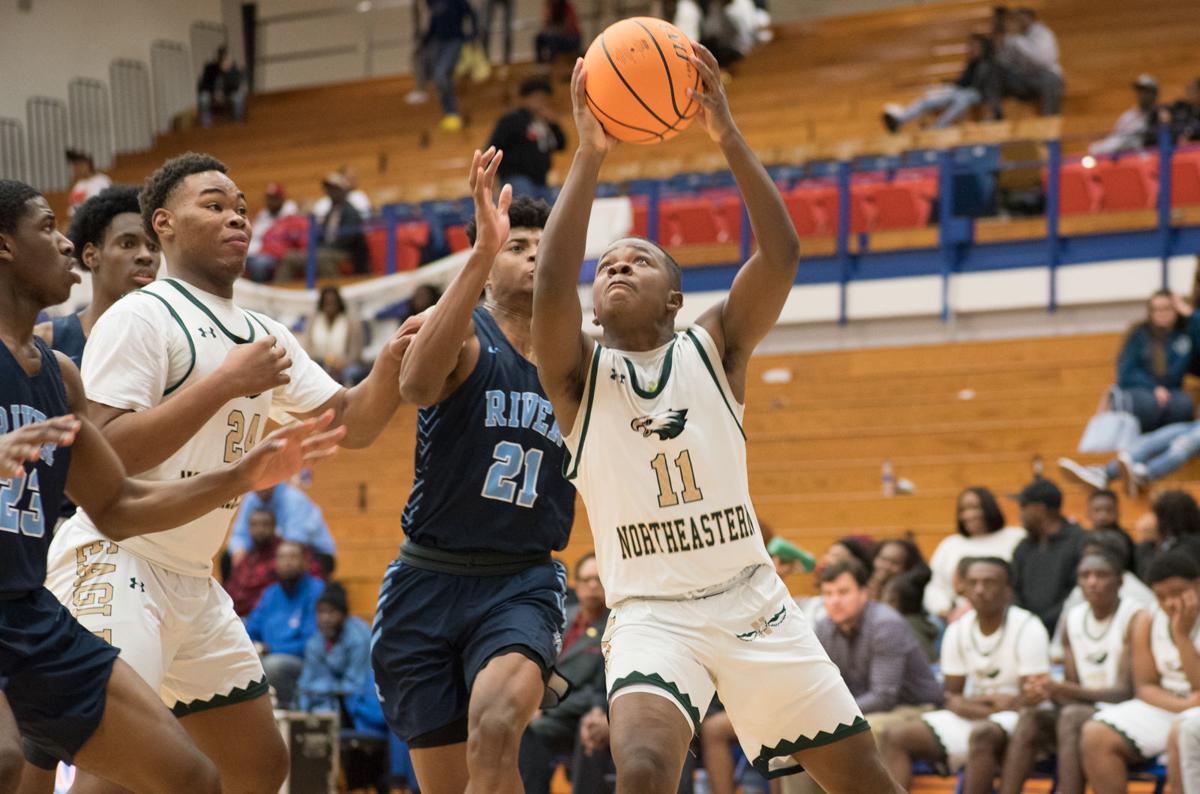 At the third annual Border Clash High School Basketball Invitational, played at Elizabeth City State’s R. L. Vaughan Center, undefeated Washington County High School left no doubt as to why they are ranked as the No. 1 team in Class 1A in the state of North Carolina.

Coming off their victory over previously undefeated Edenton, the Panthers, from Plymouth, N.C., defeated Woodrow Wilson High School by the decisive final score of 67-54.

The Presidents entered the game with only one loss on the season, and a top ten ranking in the state of Virginia.

Washington County led at each marker, weathered a Wilson second half comeback, and then pulled away at the end for the final margin.

The Panthers were led by Quymel Chesson with a game high 21 points, which included five 3-pointers. Omar Harris scored 14 points, and De’Andre Downing and Nashaun White both hit double figures with 12 points each.

The early going featured tough defense as it was obvious that the two teams were evenly matched in size, speed, and athletic ability.

With 3:07 left in the first quarter, the score was only 7-6 Wilson, but the Panthers nudged ahead 15-12 by the end of the period sparked by White’s two buckets coming off the bench.

The 6-foot-1 senior made four 3-pointers from the wings, one with a Wilson defender draped all over him, and the Panthers had a 25 point period which moved their lead to 40-24 at halftime.

Wilson changed up their defense in the second half to a tight man-to-man to stop Chesson from getting open looks. The strategy worked as they held Washington to just 12 points.

President guard Nasir Cross, who would lead Wilson with 20 points, had seven points in the period, including a three point jumper that narrowed the Panther lead to 50-40 with 1:08 left in the third.

In the final quarter, Wilson tried full court pressure, but Washington’s experienced guards were able to find open passes and break the press.

The Presidents got to 58-50 with 3:44 left on a basket by Jamarkus Wray-Finney, but a few moments later Harris would score on a strong drive to the basket to push the lead back up to double figures.

The Wilson comeback ended as the teams traded baskets down the stretch.

The game was much closer than indicated by the results. The Braves came into the game as solid favorites, having won 11 games this season against three losses.

They had a distinct advantage in size, depth, and experience, with a senior laden lineup.

The young Eagles have struggled this season, but that did not seem to bother them, as they were game for the competition.

After falling behind early, they fought back to a 14-9 deficit at the end of the opening quarter. Sophomore Zaki Evans contributed a 3-pointer and two foul shots to keep Northeastern close.

Guard Deandre Proctor directed the Eagle offense in moving the ball to the front court, which was not easy as Indian River would press and zone trap the entire game.

Northeastern settled into a tough zone defense in the second period, making it difficult for the Braves to pass inside to their big men. Sincer McCauley got the Eagles going with an up-and-under layup, and Proctor converted two free throws to make the score 14-13.

Senior Tashar McCray came off the bench to hit a jumper and give Northeastern their first lead of the game. Proctor scored again in the lane, and Evans had another 3-pointer as the Eagles ended the first half with a 24-22 lead.

A big factor was the inside play and rebounding of forward Kaveon Freshwater on both ends of the floor.

Indian River outscored Northeastern 15-7 in the third quarter. The press wore down the Eagles and forced turnovers.

The highlight for the home team was the play off the bench of forward Dashaun Felton.

The sophomore had three baskets in the period to keep the Eagles close at 37-31.

Indian River pulled away in the final quarter.

Senior guard Kahlil Oden scored 10 points of his game high 16 to put the game out of reach.

The Eagles, obviously tired from fighting the press all game long, did not have the firepower to come back.

Evans would lead Northeastern with 10 points, while McCray was just behind with eight. Freshwater, Felton, and McCauley had six points each.

First Flight’s Dylan Blake scored a game-high 40 points and made seven shots from behind the 3-point line in the game.