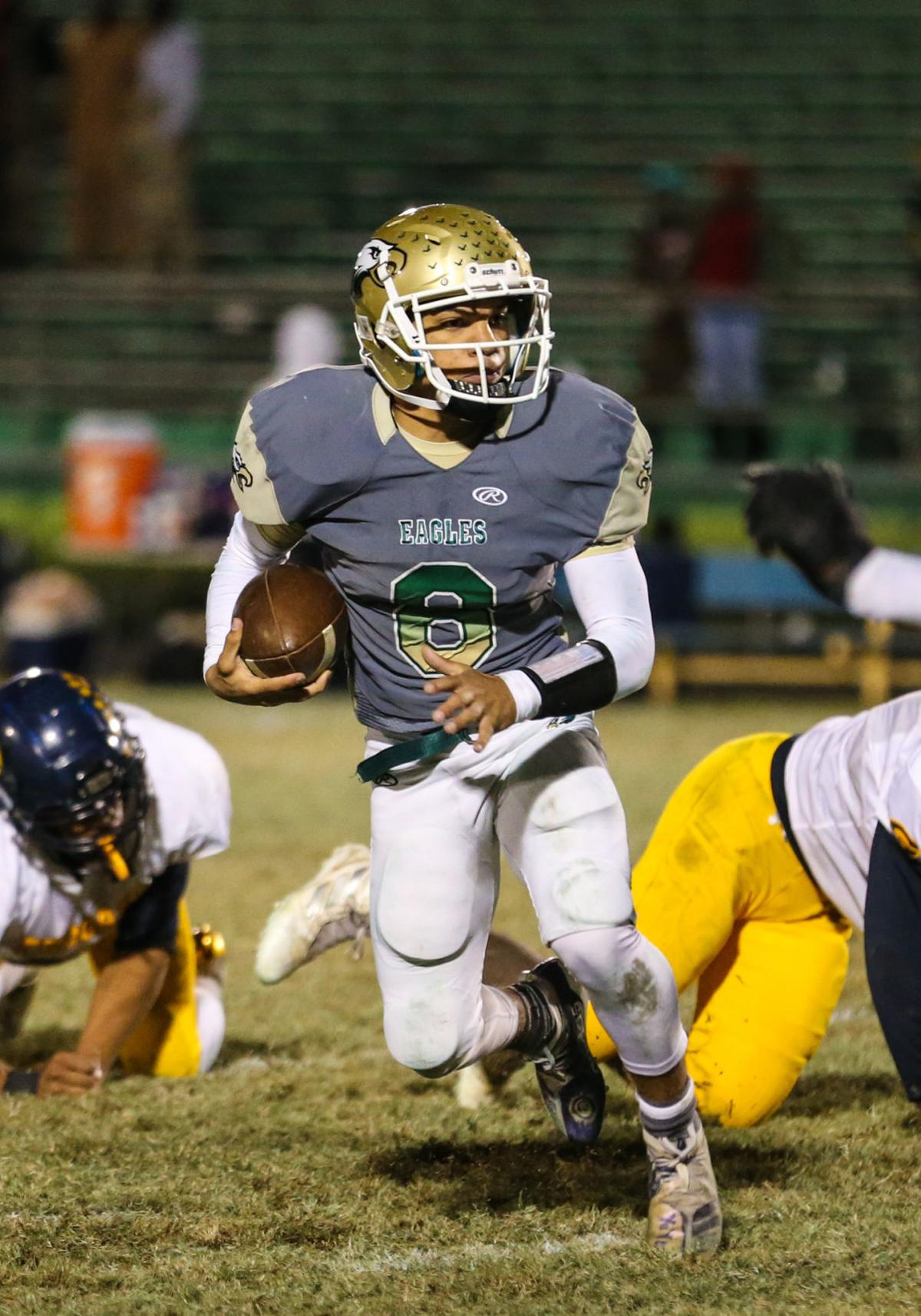 Left, Northeastern’s Holden Hodge (with ball) has played multiple positions, including quarterback, this season. Right, Reidsville quarterback Kyle Pinnix (7) has thrown for over 3,100 yards with 45 touchdown passes this season. 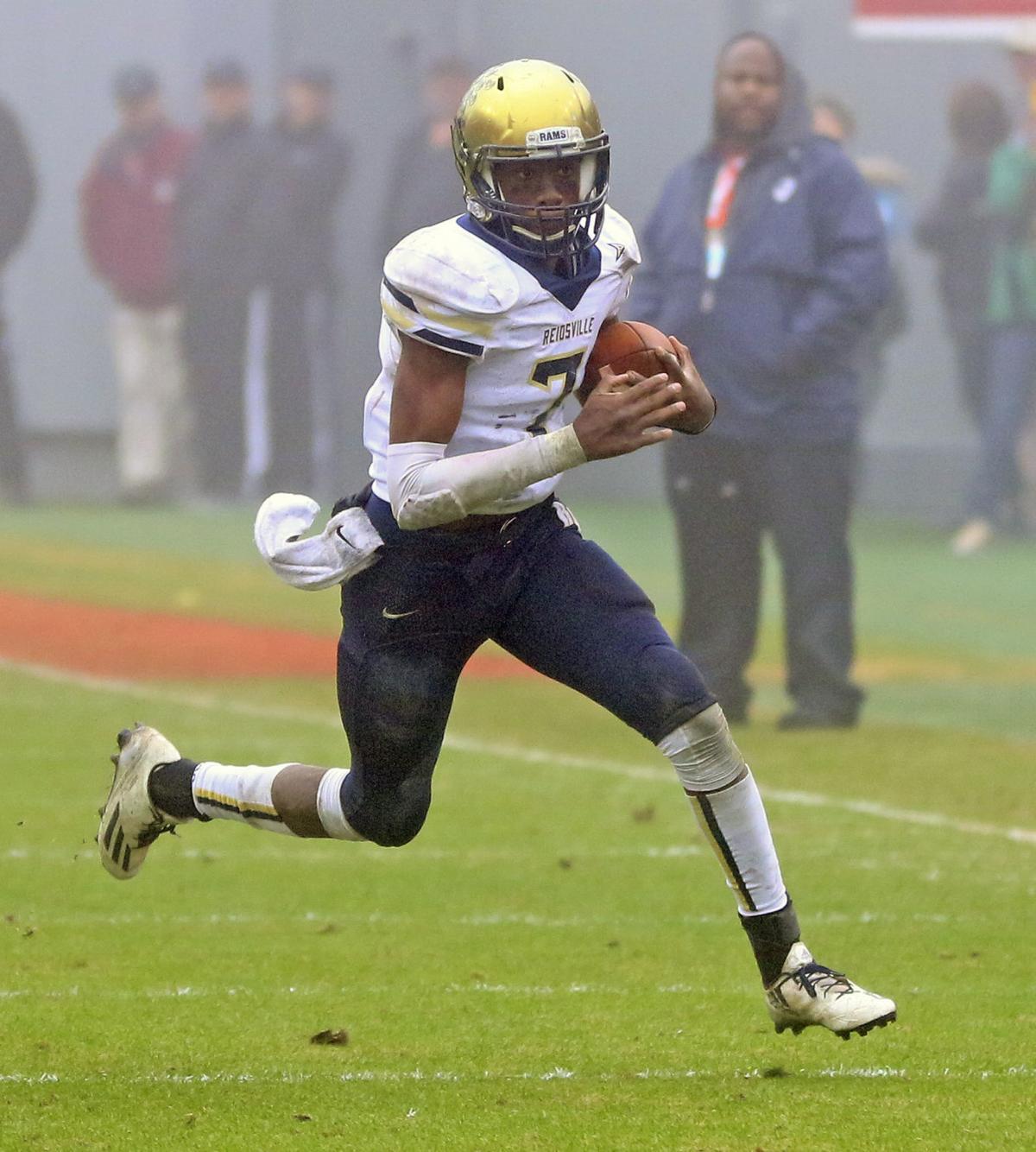 Reidsville quarterback Kyle Pinnix (7) has thrown for over 3,100 yards with 45 touchdown passes this season. 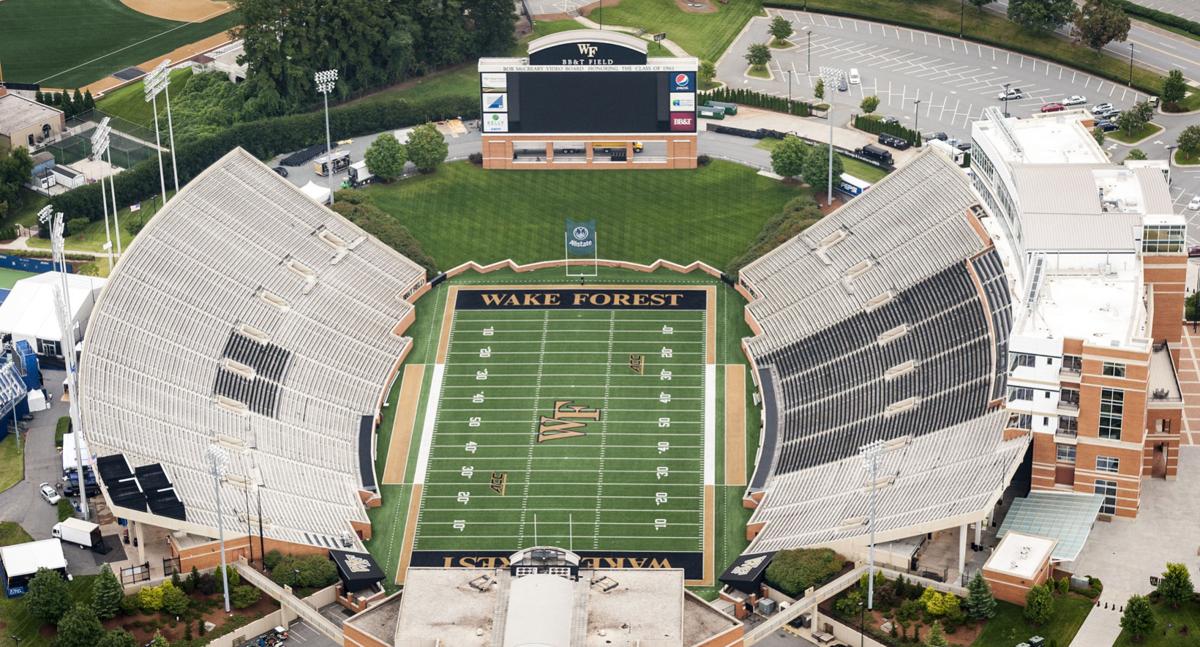 Left, Northeastern’s Holden Hodge (with ball) has played multiple positions, including quarterback, this season. Right, Reidsville quarterback Kyle Pinnix (7) has thrown for over 3,100 yards with 45 touchdown passes this season.

Reidsville quarterback Kyle Pinnix (7) has thrown for over 3,100 yards with 45 touchdown passes this season.

The Northeastern High School football program has accomplished nearly every feat a program would want.

The one item missing from the program’s resume is a victory in a state championship game.

The Eagles will get another shot at winning a state title.

Only Reidsville High School stands in the way of Northeastern and the elusive first state championship in the modern era of the North Carolina High School Athletic Association.

Wake Forest University’s BB&T Field is the site of the 2A championship game today.

Kickoff is scheduled for 3 p.m. in Winston-Salem.

In last season’s game, Northeastern held a 21-7 halftime lead, but Reidsville rallied in the second half.

Reidsville made a game-winning field goal in the final seconds of the game to win the state title game 31-28 at Carter-Finley Stadium in Raleigh.

NHS was the No. 3 seed from the regional, while Reidsville (14-1) pulled away from West Stokes in the West Regional championship game Dec. 6 with a 63-13 victory in Reidsville.

The Rams enter the state championship game as the No. 2 seed from the West Regional.

Jiheem Hooper, a defensive back, leads Reidsville with over 100 total tackles on the season.

Ki Rankin leads the Rams in sacks, while defensive back Demontez Canada leads the team in interceptions.

The Rams have surrendered 124 points this season and enters the championship game on a nine-game winning streak.

“We had an early season loss and the guys responded well after that,” Teague said.

Reidsville lost to East Surry 55-49 in a battle of undefeated teams Sept. 27 in Reidsville.

The Reidsville coach credits the senior leadership on the team for helping the team rebound from the loss.

Teague noted that Kyle Pinnix, a junior, quarterback has transitioned into a leadership role this season.

“The quarterback was kind of feeling his way last year. This year, as an experienced guy, he has become more of a leader for us,” Teague said. “I think his play has shown that as well.”

Pinnix was the MVP of last season’s state championship game.

Although Teague acknowledged that Pinnix’s second-half performance against the Eagles in last season’s state title game helped the quarterback’s confidence, the coach added that Pinnix is a hard worker.

NHS has been led on offense at quarterback by Holden Hodge and Deandre Proctor.

Proctor began the season at quarterback, but sustained an upper-body injury in an Oct. 11 game against Hertford County.

While Proctor missed more than a month of game action, Hodge moved from wide receiver to quarterback in Proctor’s absence.

Proctor has since returned to the lineup and both are expected to take snaps from center against Reidsville today.

Juan Riddick, a running back, has over 1,300 rushing yards and leads the team in rushing touchdown this season.

Teague noted that Northeastern is a very physical team and added he has gotten to know Northeastern head coach Antonio Moore because both will coach the North Carolina team in the Shrine Bowl of the Carolinas all-star game Dec. 21.

Teague met Moore and the NHS staff during a Shrine Bowl combine earlier this year.

“I’ve got the ultimate respect for what they do,” Teague said of the Northeastern coaching staff. “We know that we are going to have our hands full like we did last year.”

When Moore took over the Northeastern program in the mid-2000s, he said envisioned the amount of success the program is currently experiencing.

The coach said that what was missing was a different mentality.

“We were beating people in our area and we thought that we were good,” Moore said. “Not saying our area is not good, but we were the bigger school. We had to branch out and develop a different mentality.”

Moore said that pillars of the success for the program during the decade was yearlong training, discipline, accountability and getting the players to believe.

“With those ingredients, that’s what turned the program around,” Moore said.

Moore noted that since 2010, a total of 63 football players have earned the opportunity to play college football.

“It’s our job to get you to where you need to go,” Moore said. “Once you get there, it’s your job to sustain it.”

Moore added that it was a passion of his to give kids an opportunity to play at the college level.

“They all look forward to becoming Reidsville Rams,” he said.

Teague added that on Friday nights, the youth players are on the sideline rooting for Reidsville and want to play for the program in the future.

Teague had been the head coach at Reidsville from 1992-2008. Teague made his return back leading the program earlier this decade and has compiled over 300 wins in over 20 years coaching the program.

The most recent was by the Northeastern High School boys’ 4x200 meter relay team of Riddick, Jones, Kentron King and Avion Price at the NCHSAA 2A state meet in May.

Riddick and Jones are both members of the Northeastern football team and have played key roles on the team.

Riddick leads the team in rushing yards, while Jones has made big plays on special teams, at running back and wide receiver this season.

Both received their track and field state championship rings at halftime of the Northeastern home game against John A. Holmes on Sept. 27.

Admission: $15 at the stadium or $15 plus service fee through GoFan app.