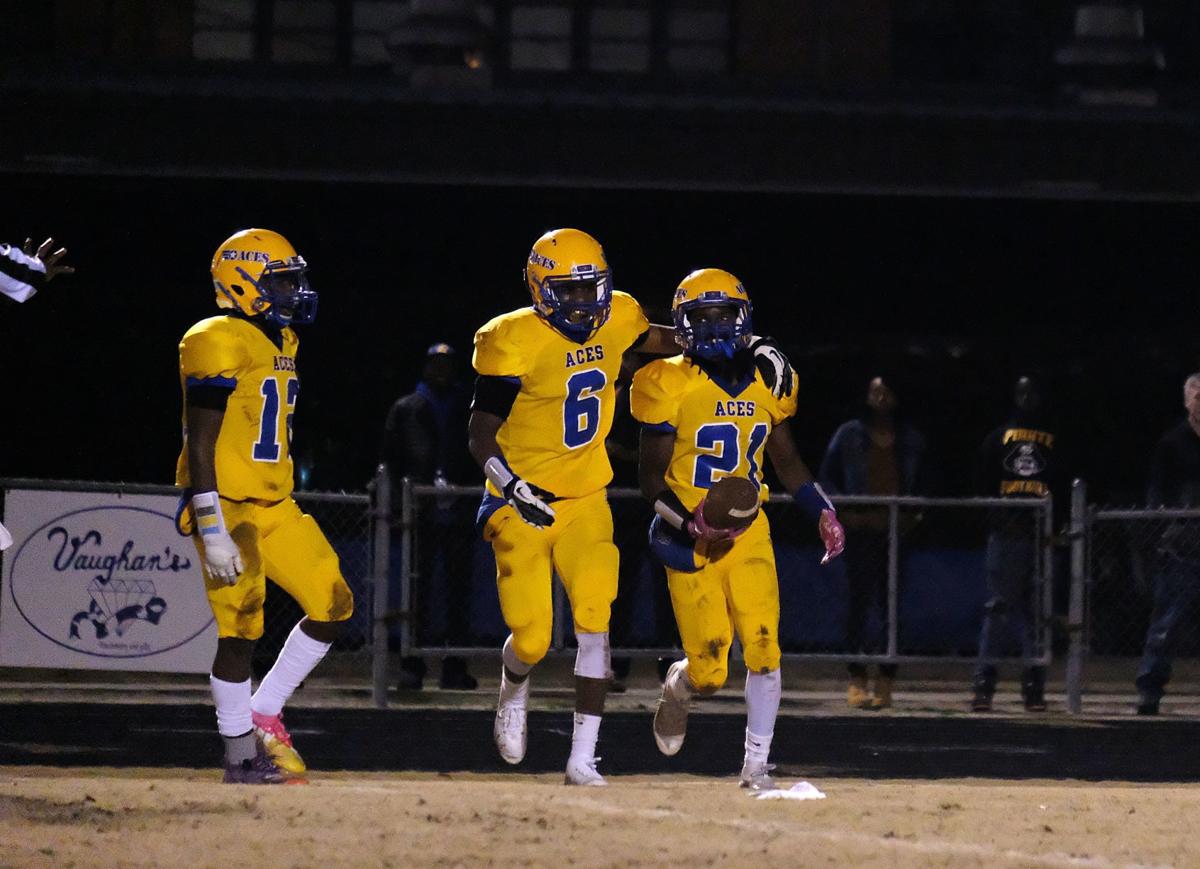 The John A. Holmes football program has an 11-game home winning streak entering today’s game against Manteo in the third round of the NCHSAA 1AA state playoffs. 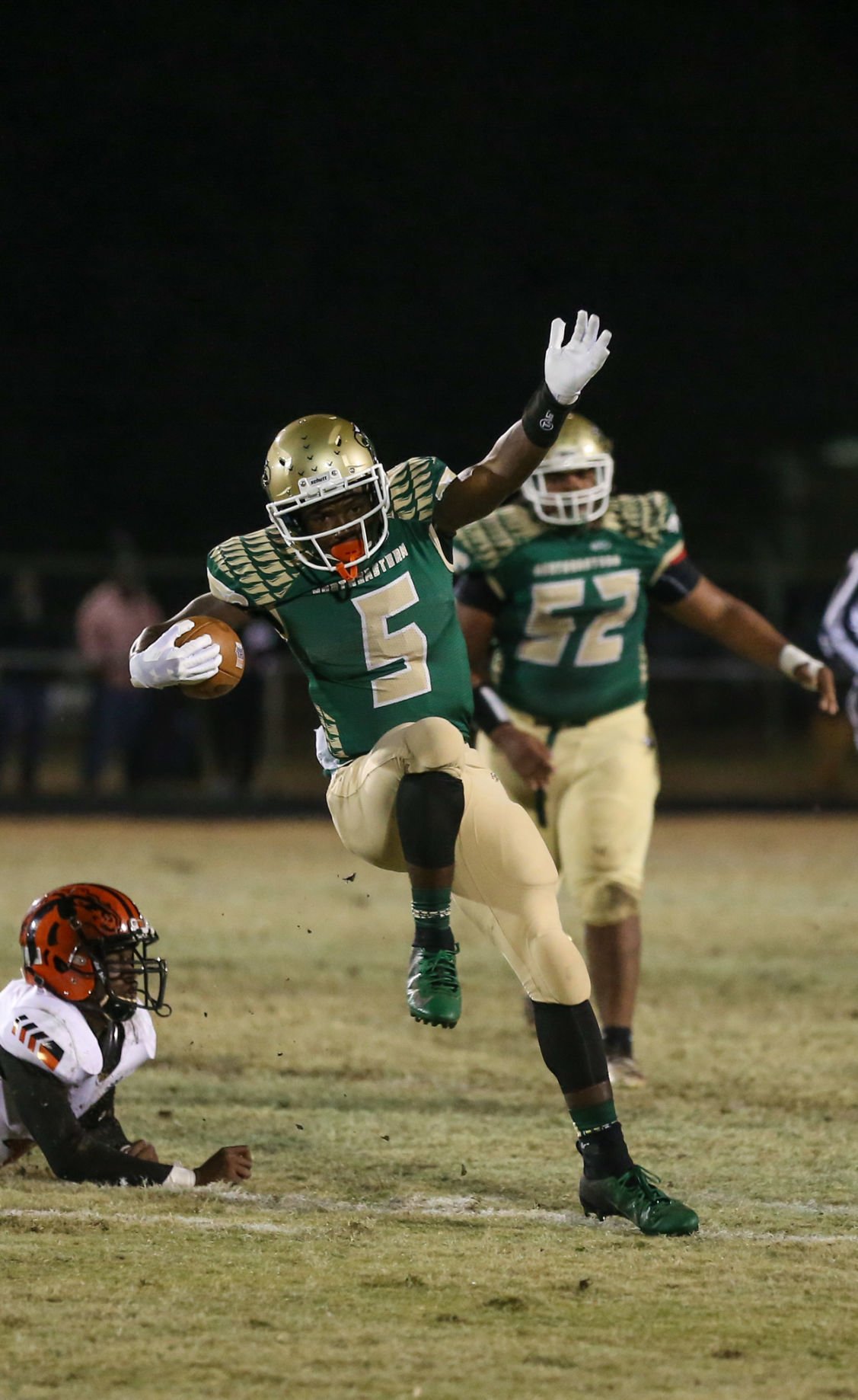 The John A. Holmes football program has an 11-game home winning streak entering today’s game against Manteo in the third round of the NCHSAA 1AA state playoffs.

In recent seasons, the one constant that occurs on the Friday after Thanksgiving in high school sports in the area is John A. Holmes and Northeastern playing in the North Carolina High School Athletic Association football state playoffs.

This year is no different as both teams will play in third round state-playoff games today at 7:30 p.m.

Northeastern (10-3) travels to Pinetops to face SouthWest Edgecombe (12-1) in a third round 2A state-playoff matchup.

Today’s game is the second meeting of the season between the two teams.

In that contest, big plays on offense along with a stifling defensive performance by the Aces helped Edenton cruise to the league win.

That game also saw Edenton quarterback Landen Hoggard go down with an upper body injury late in the first half.

Hoggard, a sophomore, has not returned to the Edenton starting lineup since the injury and is not expected to play tonight.

Mitjonta Stanley has moved from running back to quarterback since the injury to Hoggard.

Stanley previously played quarterback for the Aces during the 2017 season when an injury to the Aces’ starting quarterback that season led Stanley to play quarterback.

Edenton is coming off a 49-7 second-round victory against North Stanly last Friday at home.

The Redskins defeated No. 3 seed Granville Central (7-5) 45-12 in a second-round game last Friday.

Manteo is led on offense by quarterback Bryson Sawyer.

Sawyer, a senior, has thrown for over 1,300 yards with 18 touchdowns with eight interceptions.

Sawyer has a completion percentage over 65 percent on the season.

Kamari Brooks leads Manteo with over 1,100 yards, while Wolfie Schultz leads the team with 13 rushing touchdowns.

Holmes head coach Paul Hoggard noted that Manteo shows multiple formations, which makes it a challenge to prepare for.

The Edenton coach noted that practice this week was good and the Aces held a practice Wednesday morning.

One of the many strengths the Aces have includes a defense that has surrendered under 80 points in 11 games this season.

Coach Hoggard noted that speed on defense along with his staff preparing the unit has led to the unit’s success this season.

The coach added that Edenton has good players on defense that play hard.

It is the first meeting between the teams since NHS defeated the visiting Cougars 48-6 in the third round of the 2AA state playoffs in 2014.

Northeastern head coach Antonio Moore said that consistently reaching the third round of the state playoffs was a goal of his when he took over the program in the mid-2000s.

The NHS coach added that the program has some of the best athletes in the state.

“We’re beginning prove it, but we still have to win a title,” Moore said. “It’s good for the area. It’s fun.”

Moore noted that people in the community tell him they can’t wait to watch and follow the team on game days.

SouthWest Edgecombe’s only loss this season was to Class 1A powerhouse Tarboro; a 24-7 defeat on Sept. 27.

Moore said that SouthWest Edgecombe is a physical, fast, strong and athletic team.

“We’re going to have to really play if we want to come out of there with a win,” Moore said.

The Cougars have primarily played two quarterbacks this season in Jackson Lewis and Ray Wooten.

SWE has two running back with over 1,000 rushing yards on the season in Demari Mabry and Cortezz Jones.

Keishon Porter has over 700 receiving yards, while Kedar Darden and John Barrett are the top two tacklers on defense for the Cougars.

Moore acknowledged that the success Northeastern experienced in road games this season should help the team tonight.

All five teams played in state playoff games this season.

The matchup with D.H. Conley in August was initially an NHS home game, but weather forced the game to be postponed and moved to Greenville.

NHS is 6-0 in road games this season.

Moore noted that was why the Eagles played those non-conference games.

“God don’t make any mistakes,” he said. “We got on the road; four games in a row and we were able to come out with some wins.”