Log In Sign Up
You have permission to edit this article.
Edit
News
Opinion
Sports
Features
Obits
Multimedia
Classifieds
e-Edition
Our Sites
Extras
Share This
1 of 9 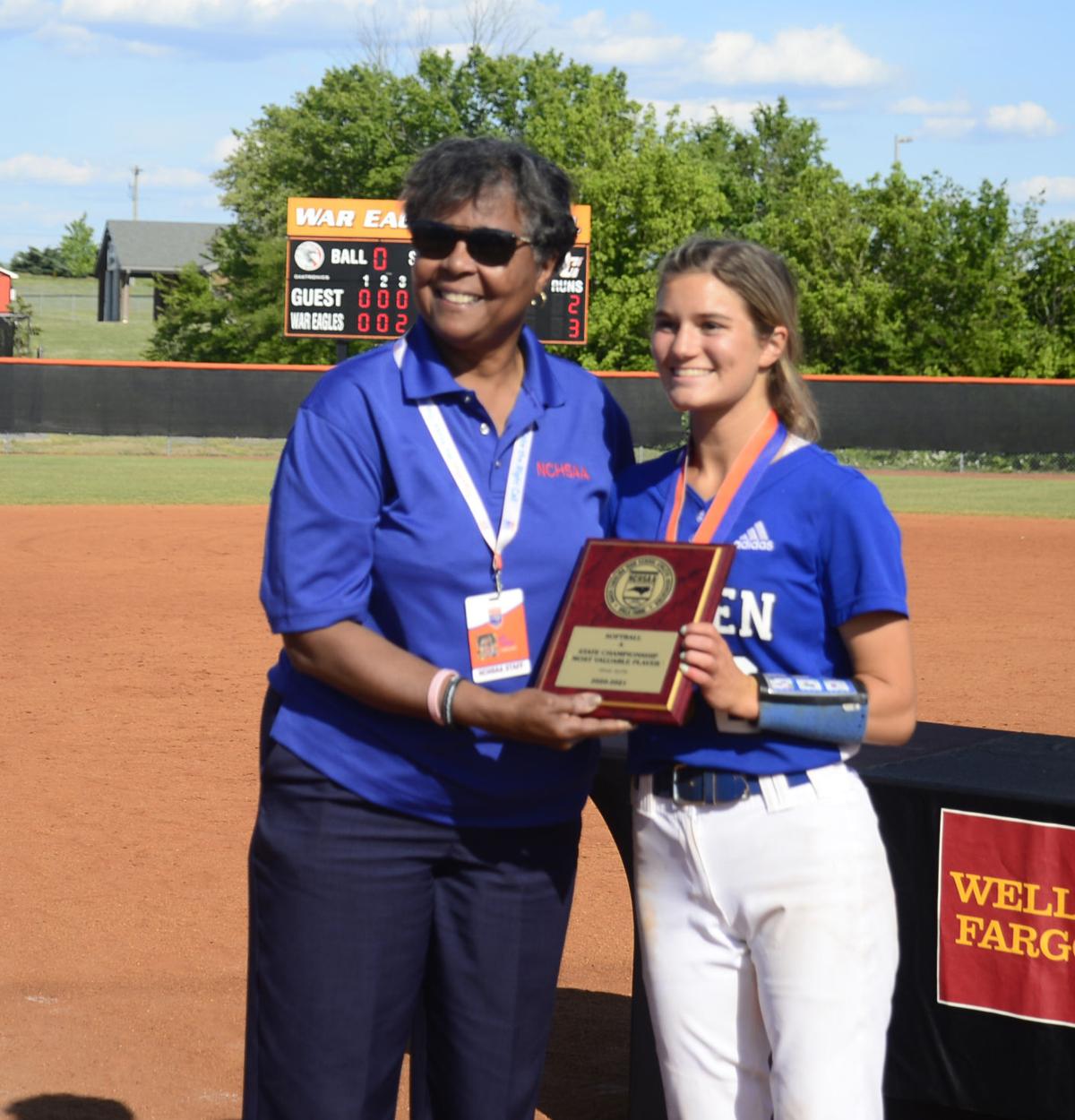 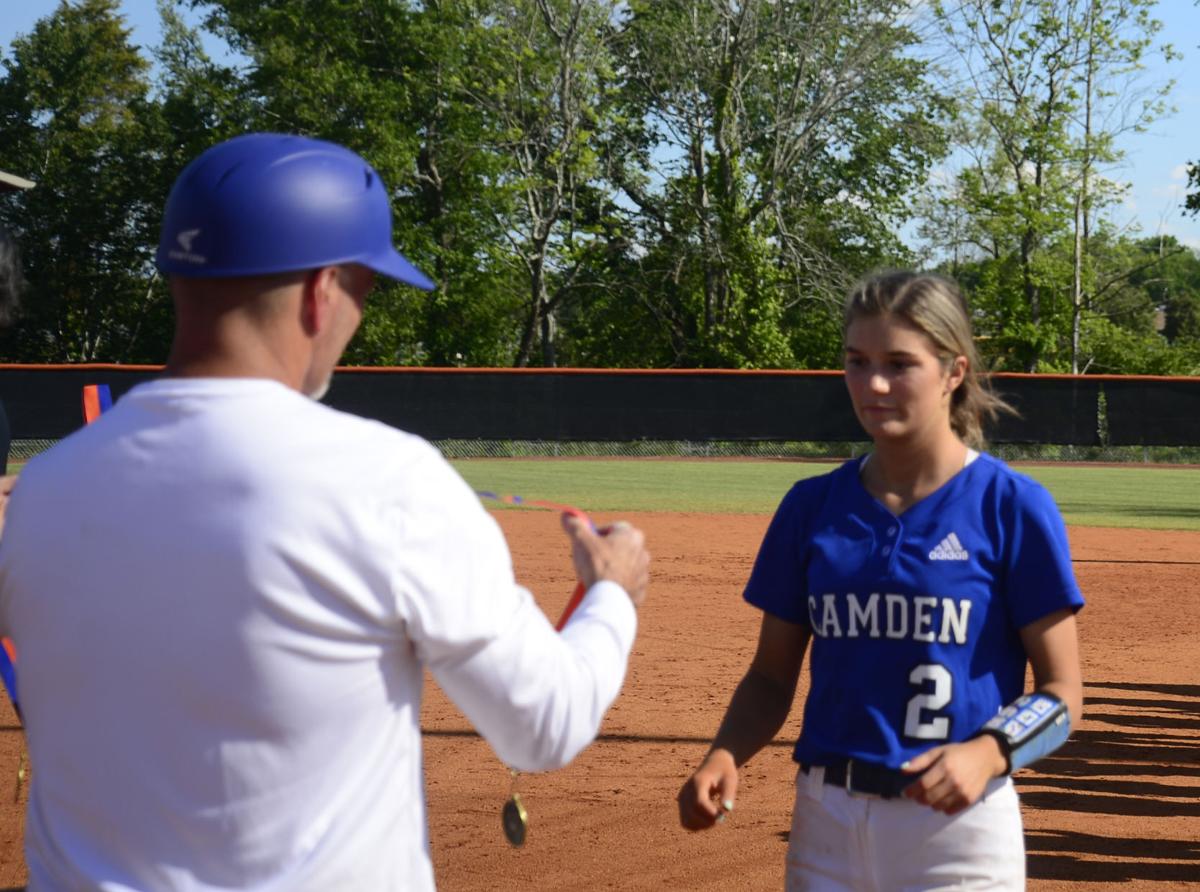 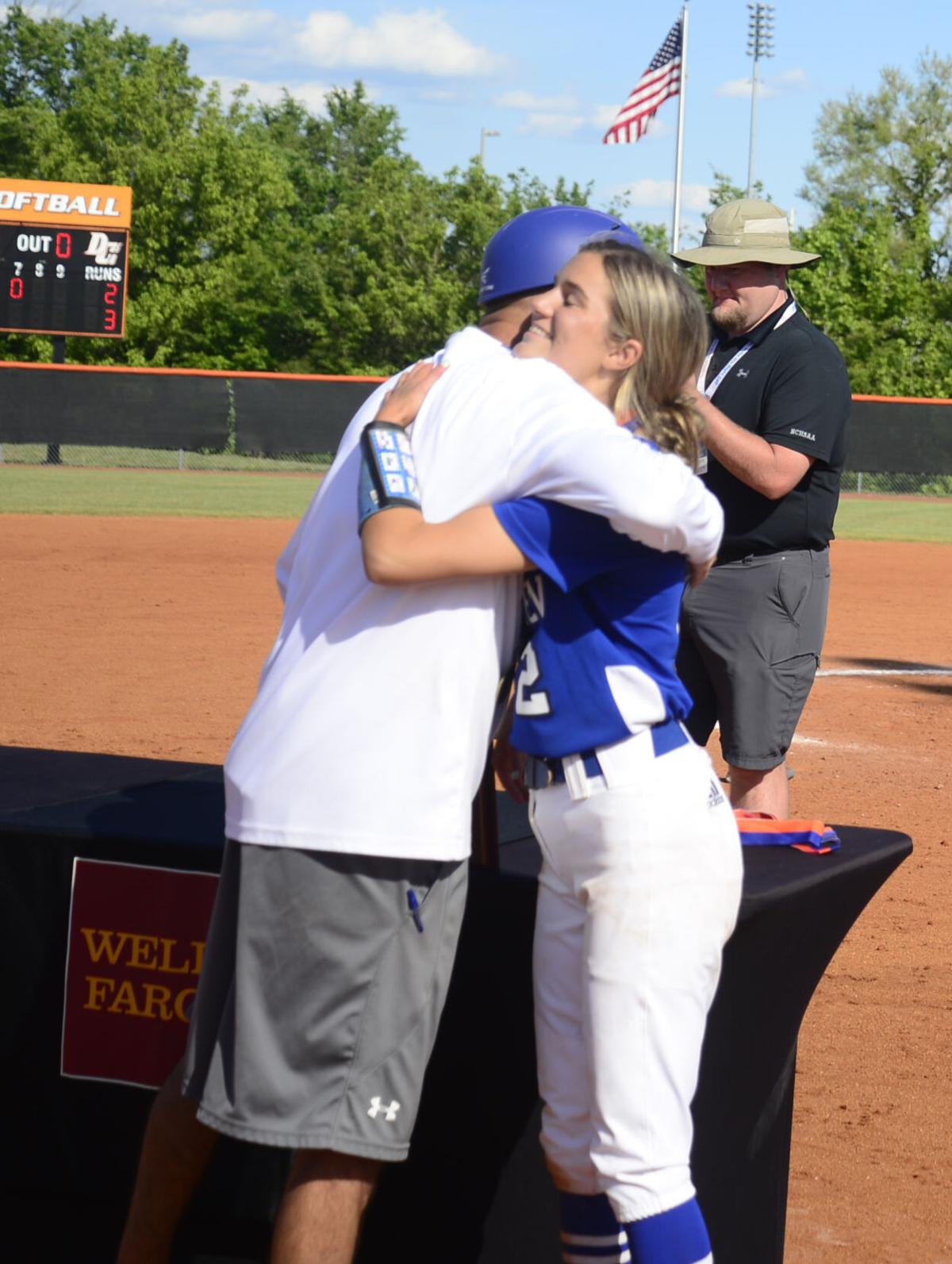 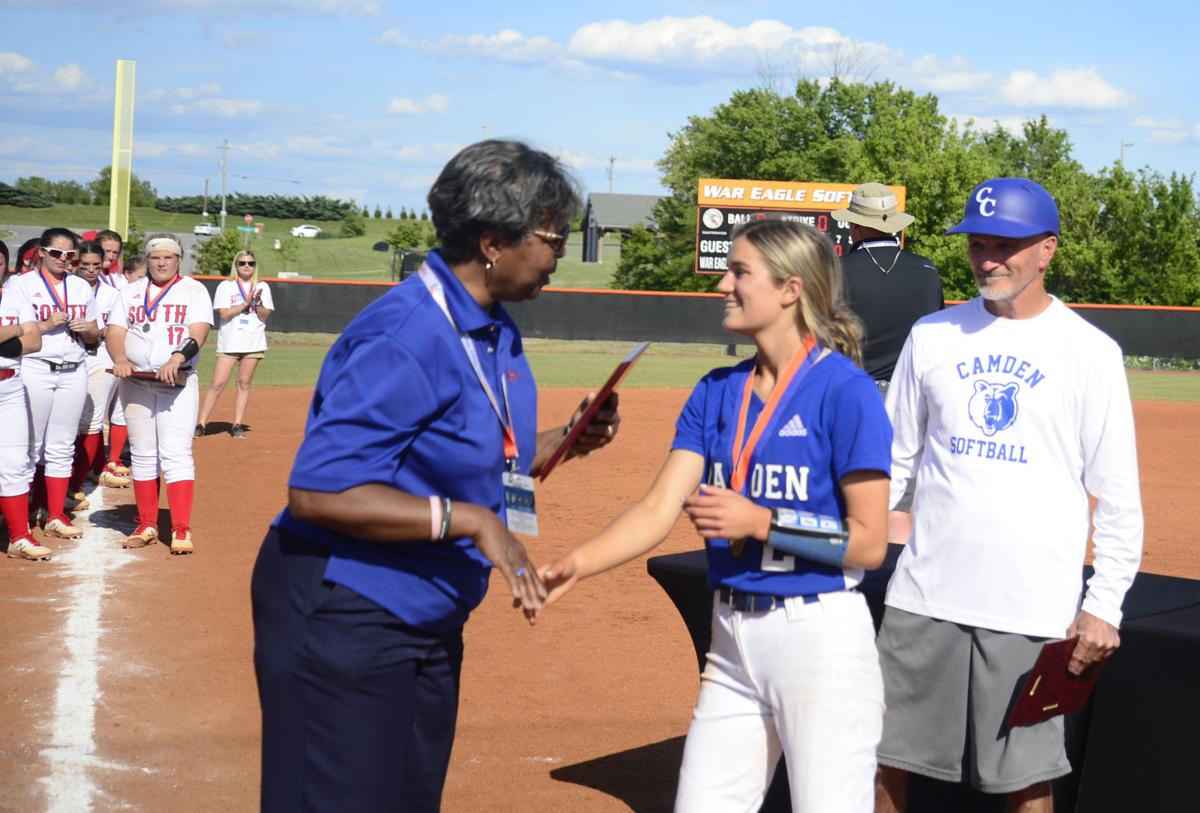 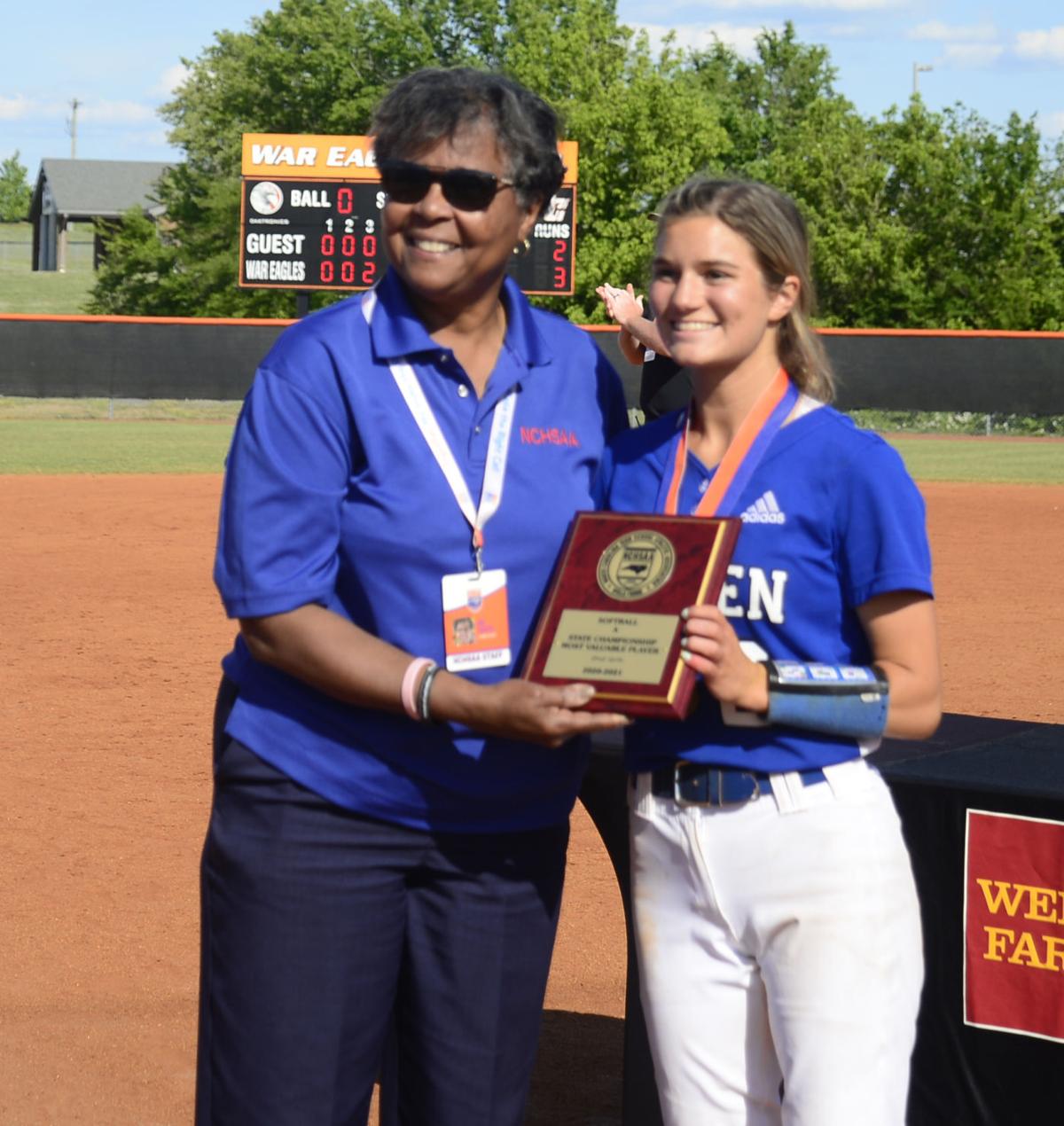 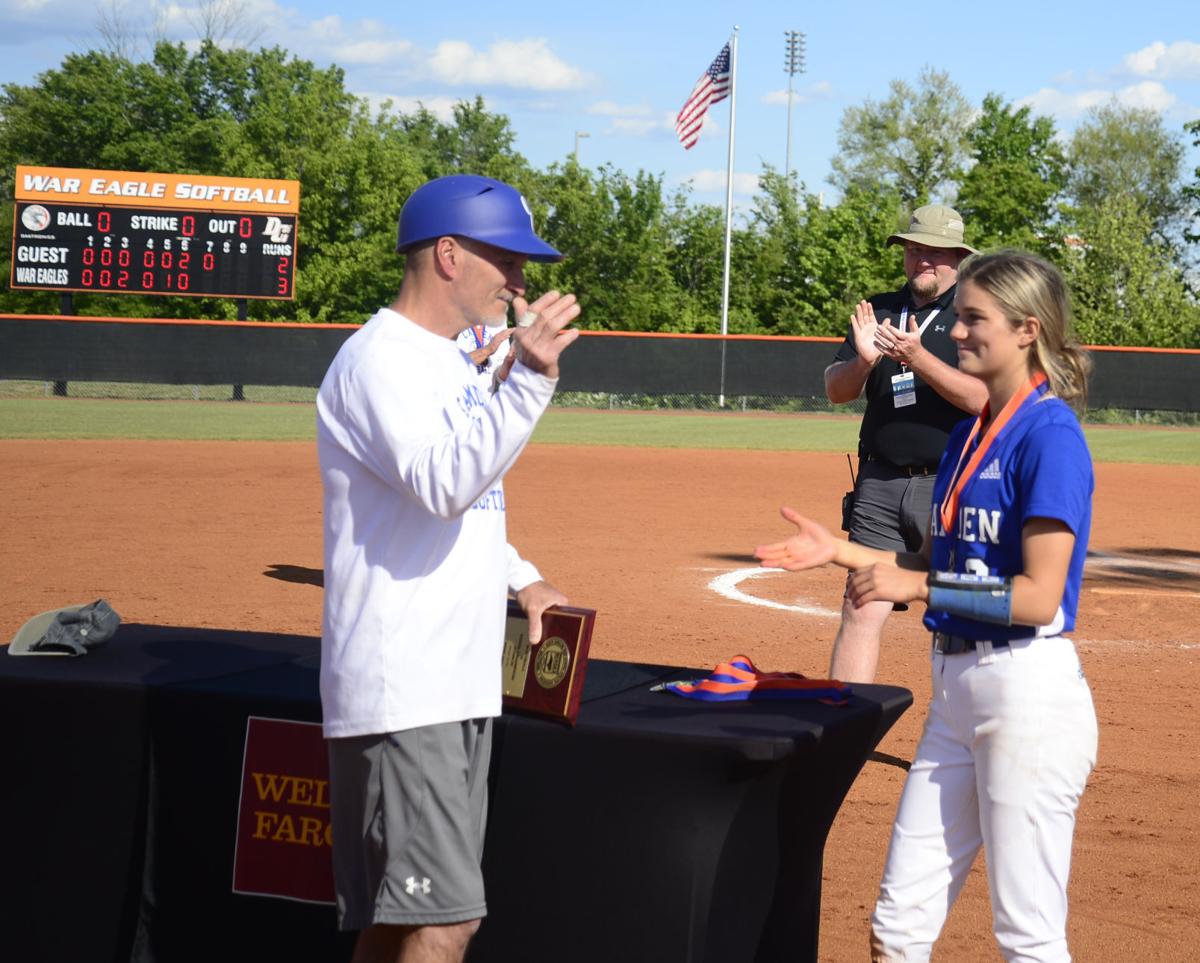 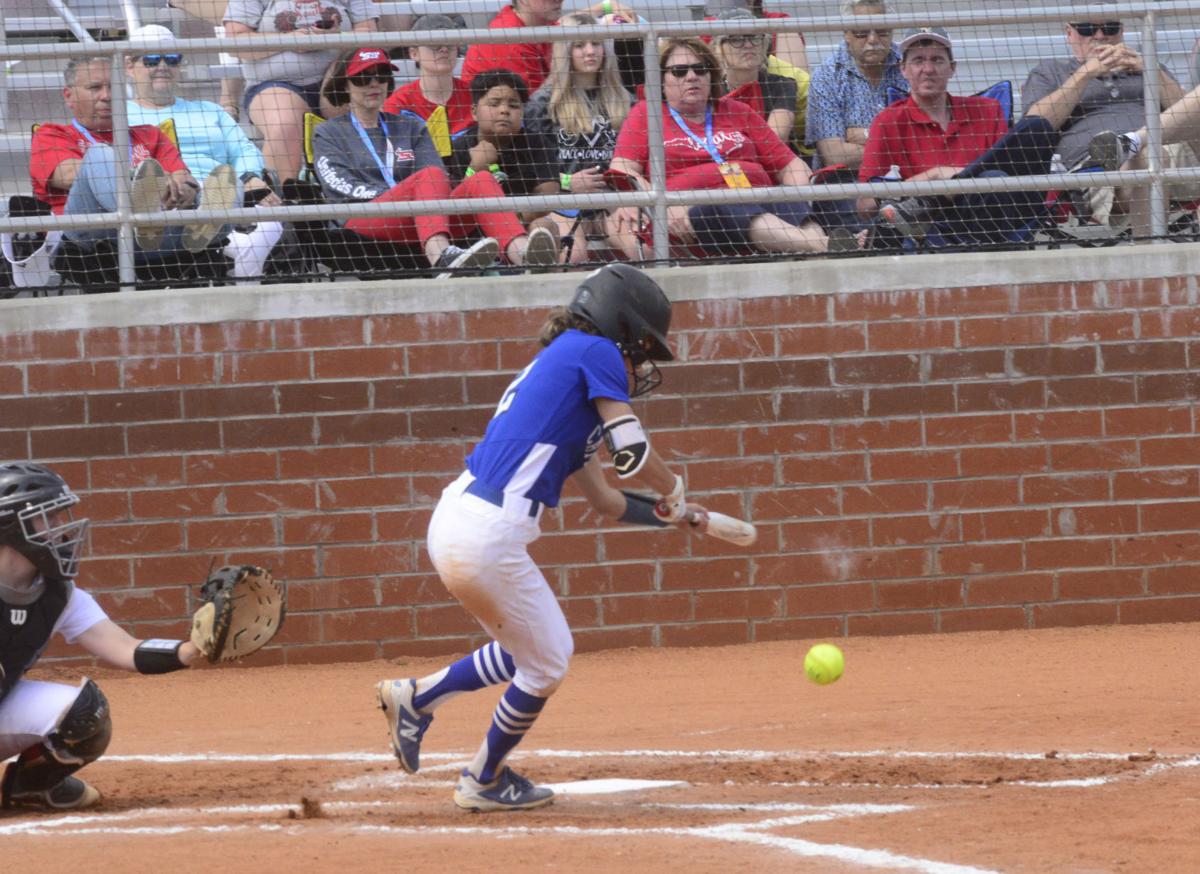 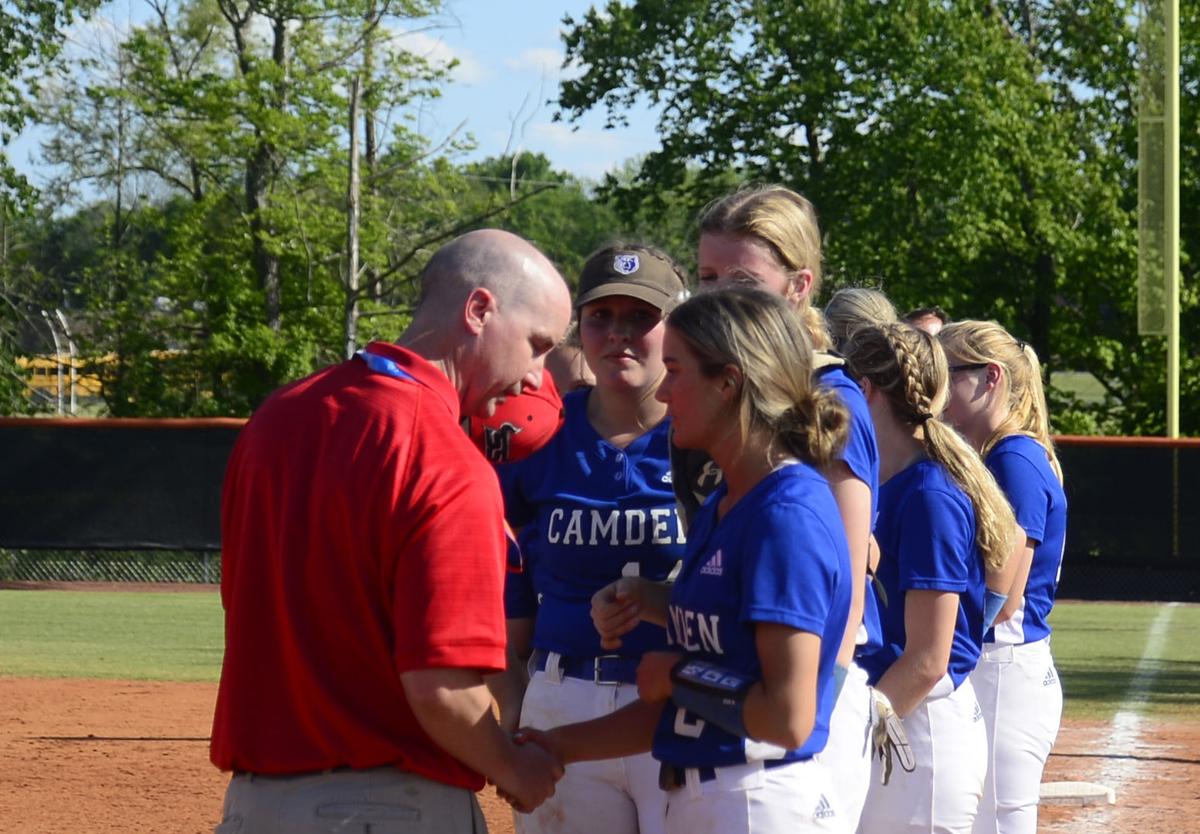 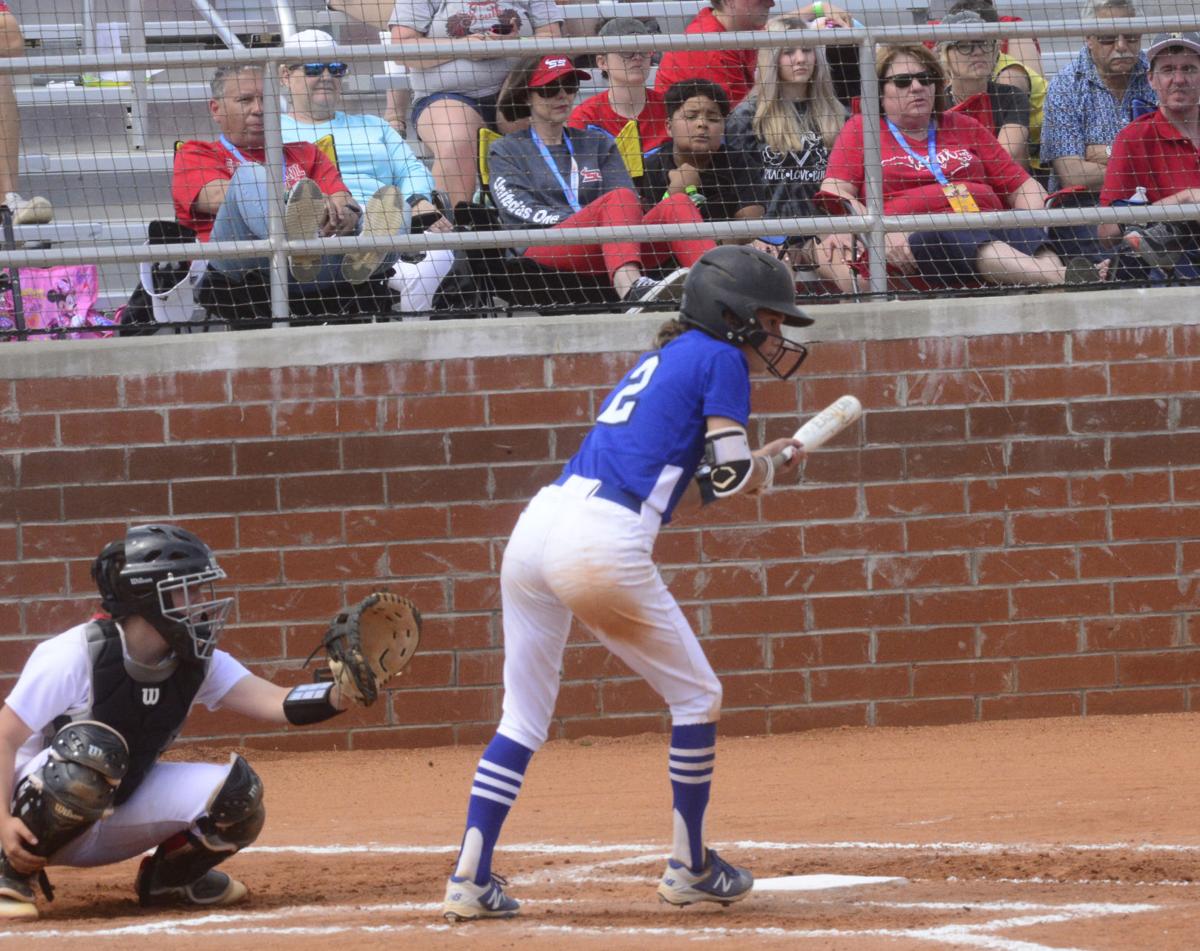 Camden County's Kamryn Nash (2) prepares to bunt the ball during Game 3 of the NCHSAA Class 1A Softball State Championship series against South Stanly, Saturday, May 15, 2021 at Davie County High School in Mocksville. Camden won the state championship series for the school's first title.

Camden County's Kamryn Nash (2) prepares to bunt the ball during Game 3 of the NCHSAA Class 1A Softball State Championship series against South Stanly, Saturday, May 15, 2021 at Davie County High School in Mocksville. Camden won the state championship series for the school's first title.

Her efforts during the North Carolina High School Athletic Association Class 1A Softball State Championship series against South Stanly led the junior shortstop to be named the Most Valuable Player of the series on Saturday at Davie County High School.

Her efforts were recognized by South Stanly as one of their assistant coaches, Matthew Little, made a point to shake the hands of Nash to congratulate her after she received her state championship medal.

Nash was one of the first Camden players to shake the hands of South Stanly players after the Bulls received their state runner-up medals.

During the best-of-three game championship series, Nash was the leadoff hitter for the Bruins and her ability to bunt the ball and hit the ball with power to the outfield made an impact on the Camden lineup and proved to be a difficult out for South Stanly.

According to statistics provided by the NCHSAA, Nash went 6-for-9 batting (.666 average) with two triples, four runs scored, 10 total bases a stolen base and did not commit a defensive error at shortstop during the championship series to help the Bruins win their first state championship.

When Nash was announced as the series MVP, she received a roaring ovation from her teammates and fans of Camden County in attendance.

One of the first people to congratulate her was her head coach and father Charles Nash who gave his daughter a hug in front of home plate during the awards ceremony.

Coach Nash acknowledged when he was told by the NCHSAA before the announcement by the public address announcer that Kamryn was selected as MVP, it was an emotional moment.

“She works hard,” coach Nash said. The coach added that he was glad to see her receive the accolade of state championship series MVP along with the team success.

“She will tell you that she can’t do it by herself,” coach Nash added. “It takes a team and it’s a blast to have this group of girls.”

“It was awesome,” Kamryn Nash said of the moment with her father. “He pushes me to be better every day.”

Kamryn added that her father always encourages her to strive for more.

Softball is a big part of the Nash family.

Charles played the sport growing up.

Kamryn’s older sister, Morgan Nash, was a standout softball player at Camden County High School from 2015-18 and is currently a member of the Barton College softball program.

Kamryn and Morgan both played shortstop and wore the No. 2 while at Camden.