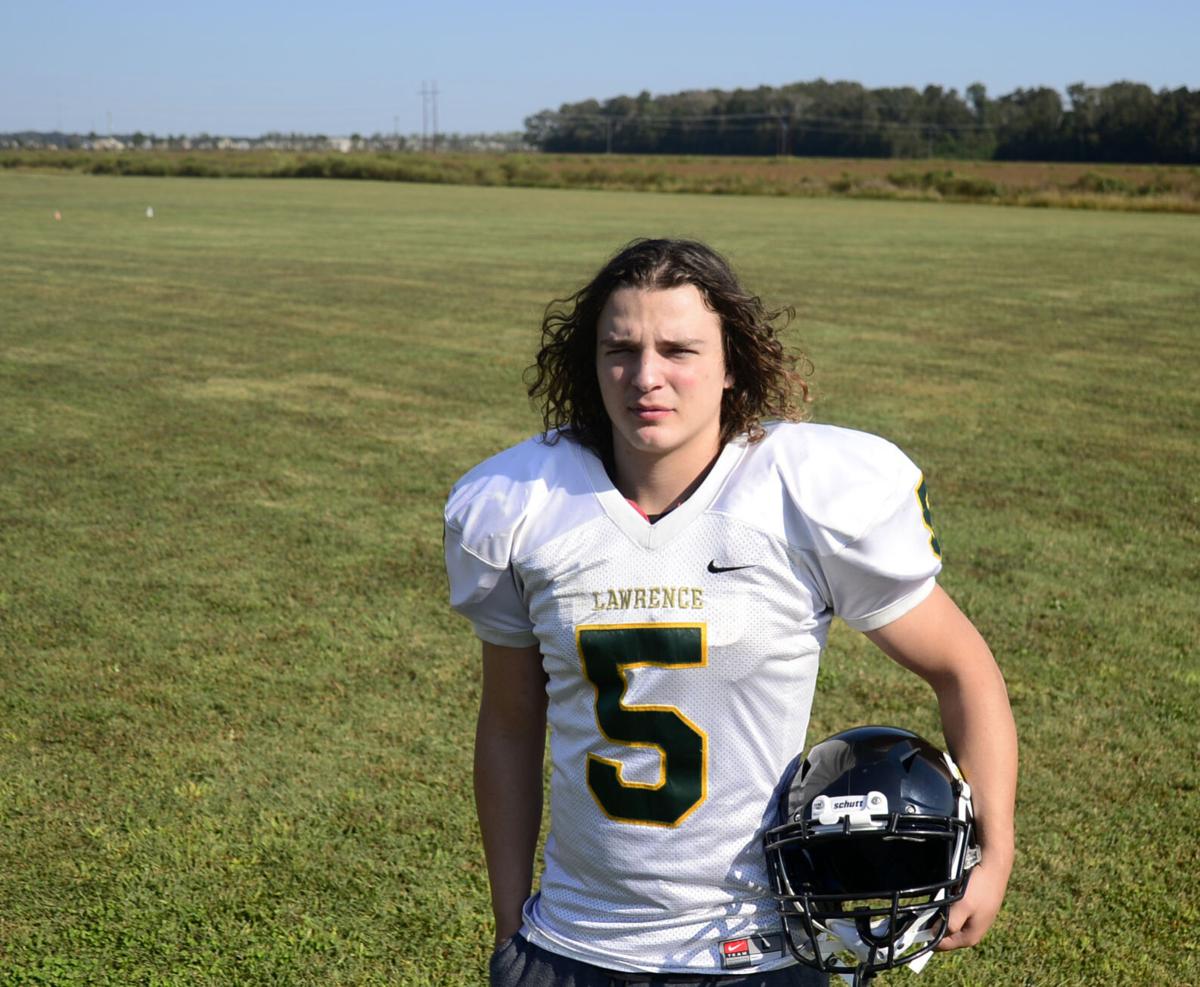 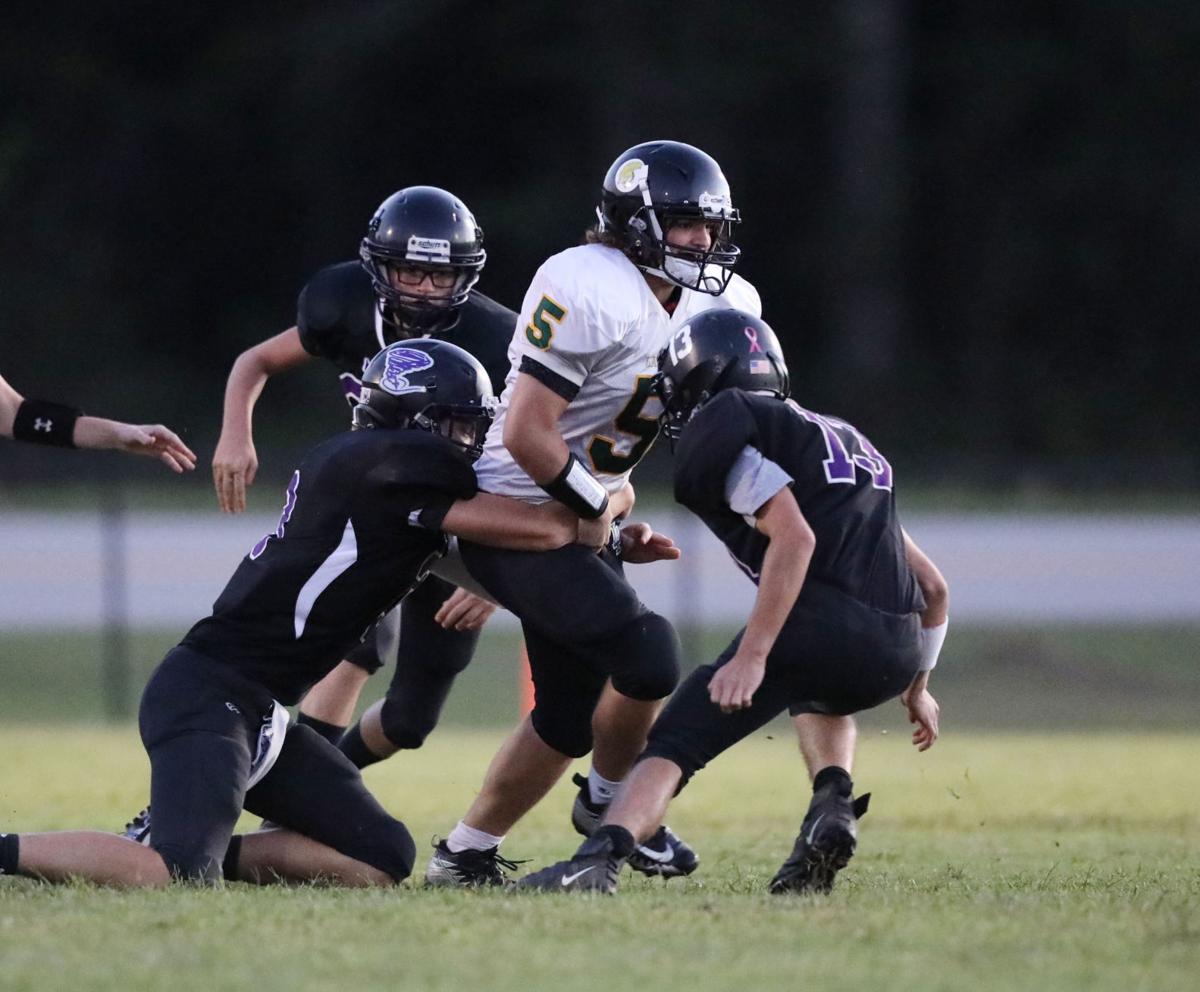 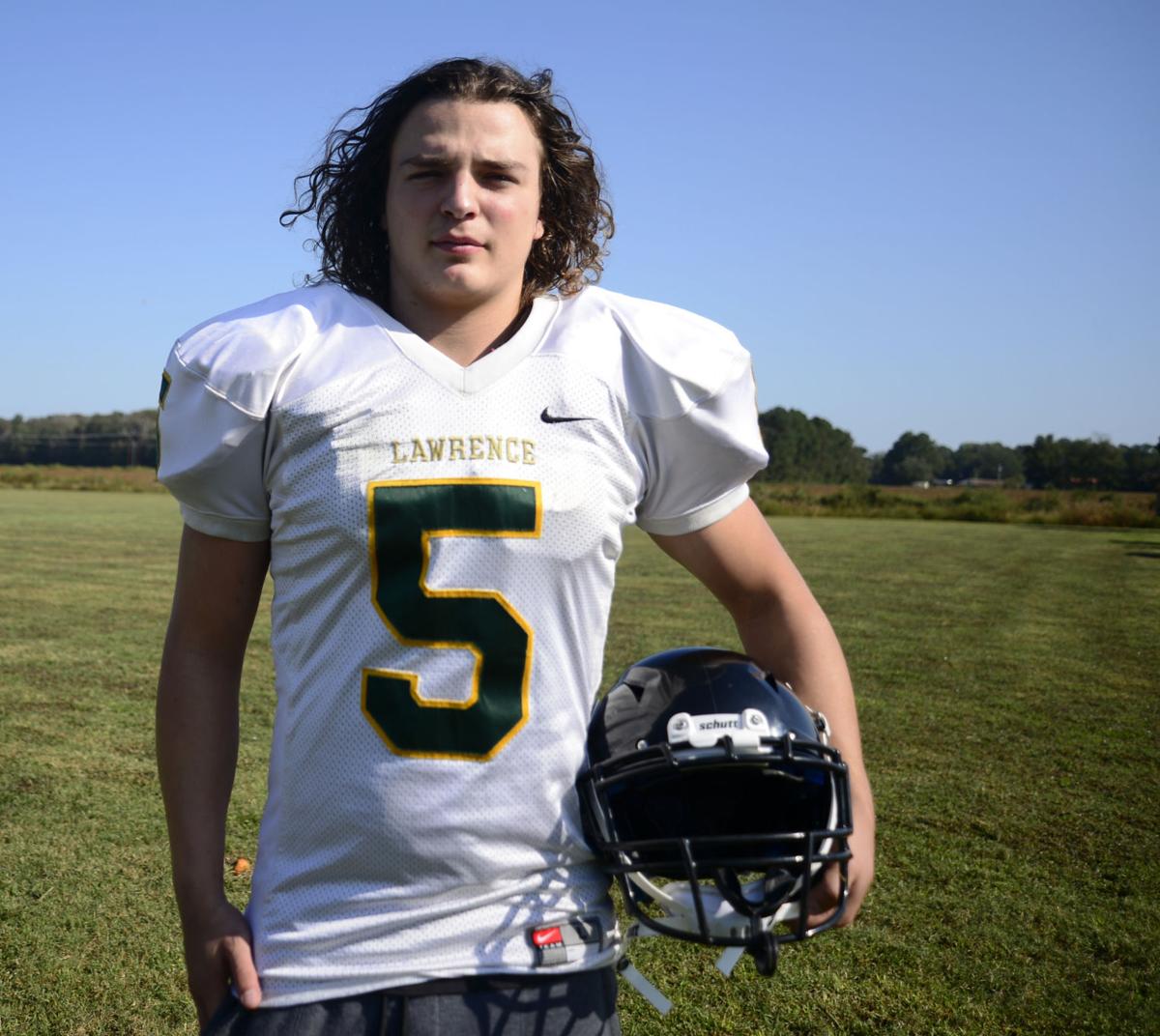 For Logan Dunn, his first practice as a member of the Lawrence Academy and Albemarle School co-op football team was an eye-opening experience.

Dunn, a senior student at Albemarle School, is the only student from the Elizabeth City-based private school who competes on the co-op eight-player high school football team.

The co-op team between the two schools is in its first season of competition.

Even though eight-man football is a new experience for him, Dunn noted the first practice with the team and the opportunity to play is fun.

“It’s a good experience,” Dunn said. “I enjoy having it. It’s a really good group of guys.”

For football, Dunn trades in his Albemarle School red, white and blue for a Lawrence Academy gold, green and white uniform.

Dunn, who has competed in basketball, cross country and baseball at Albemarle School, plays multiple positions on the co-op football team.

On offense, Dunn is a running back and lines up sometimes at wide receiver. He also contributes on special teams as a kicker and on the kickoff return team.

Dunn did not waste time to make an impact.

In the first game of the season Sept. 25 at Pungo Christian Academy, Dunn scored on a 70-yard touchdown run.

“It felt great. I was tired because it was a long run,” Dunn said of scoring the touchdown. “Getting that first touchdown felt great.”

The score was the team’s only touchdown in a 48-8 loss to Pungo Christian.

Lawrence Academy/Albemarle School made some improvements last week in a 32-14 setback at Wilson’s Community Christian School.

The coach acknowledged that the team’s progress this season is good and believes eight-player football can grow in the region.

The majority of high schools in the region play football with the traditional 11 players for each team on the field.

The last time Albemarle School fielded its own football team was 1991.

The co-op team has its first home game of the season Friday at Lawrence Academy at 7 p.m.

In the matchup, Lawrence Academy/Albemarle School (0-2) will host another co-op team in Wayne Christian and Goldsboro HomeSchool.

Lawrence/Albemarle is scheduled to play six football games this season.