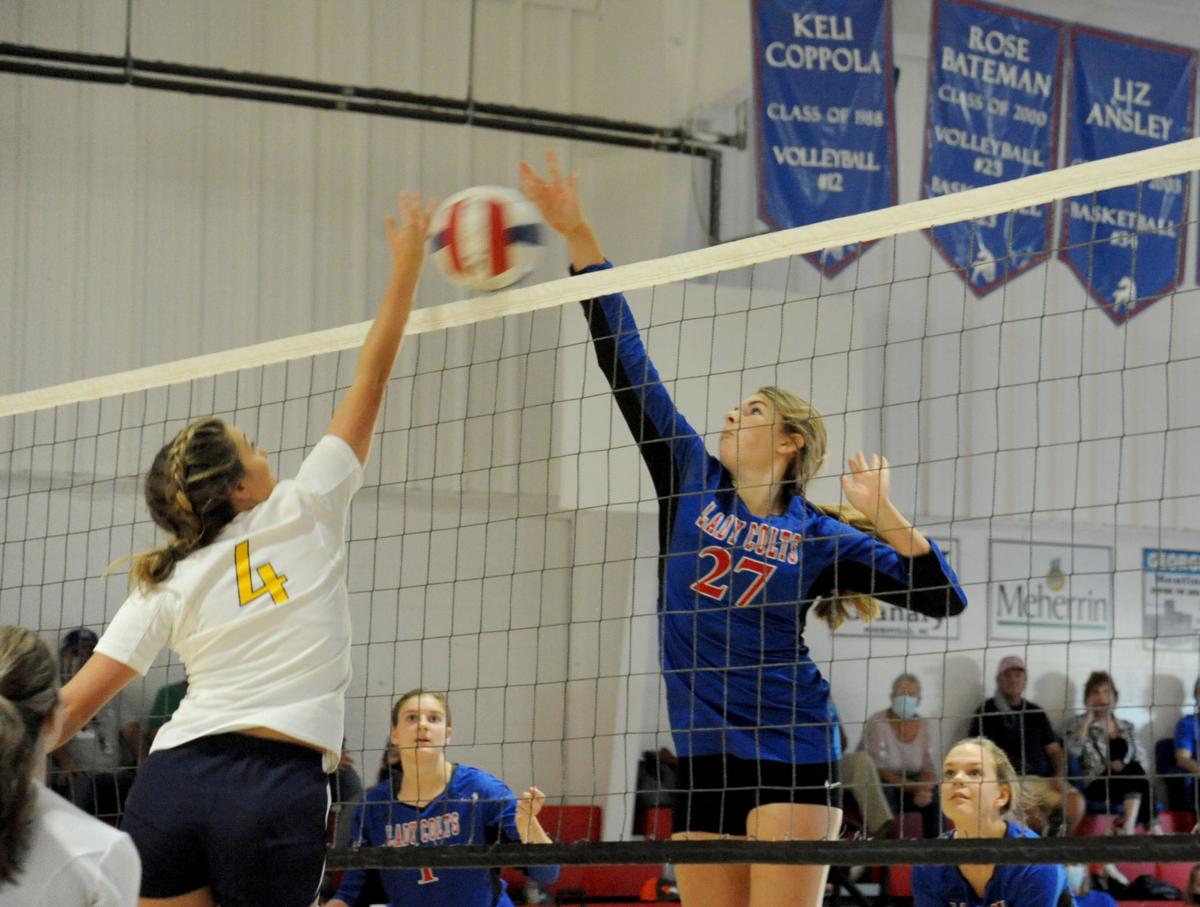 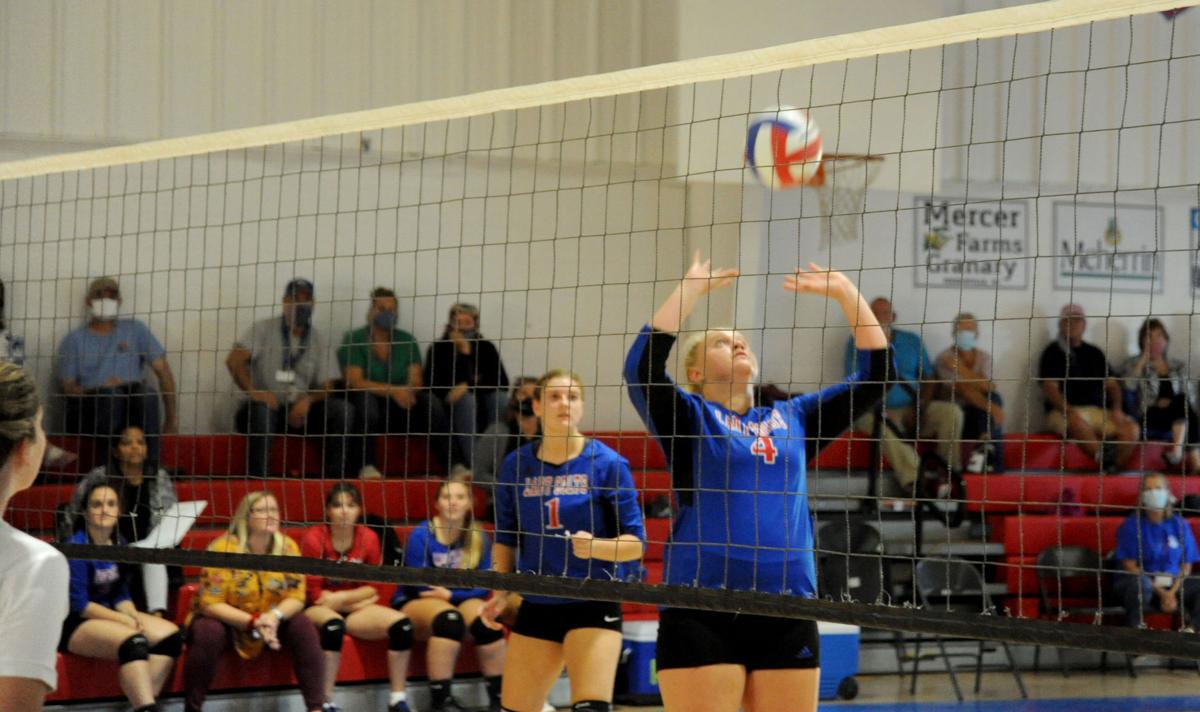 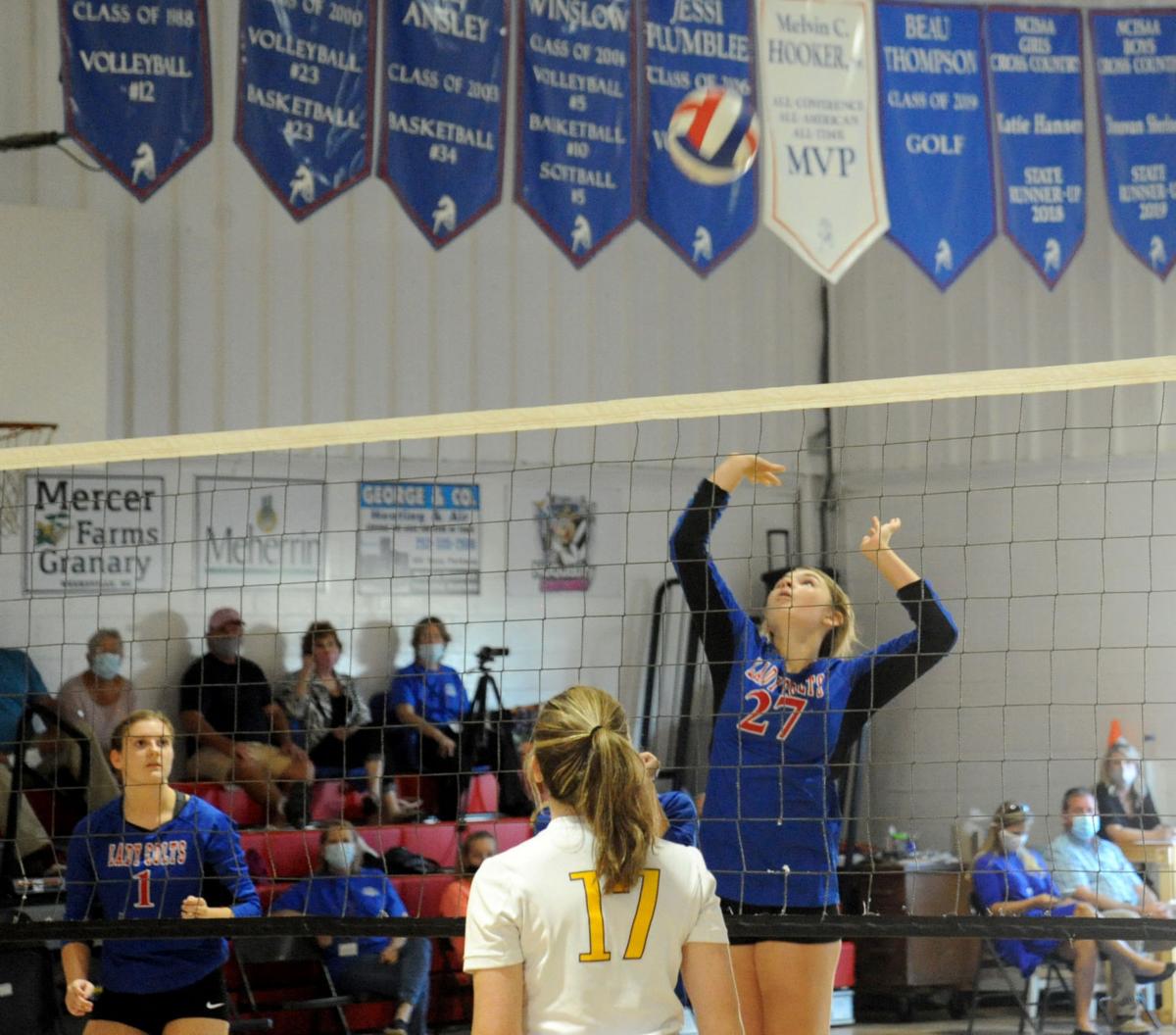 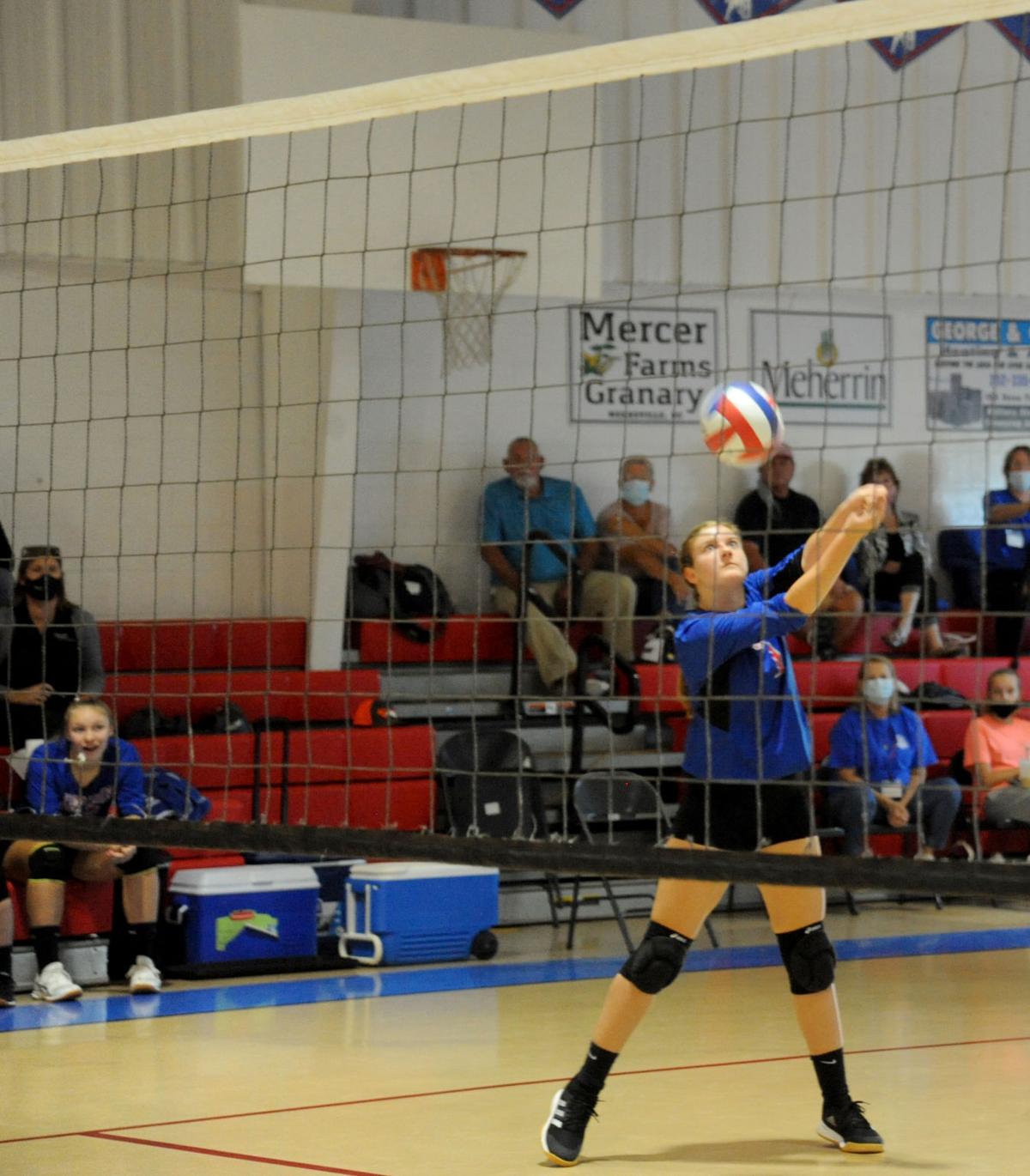 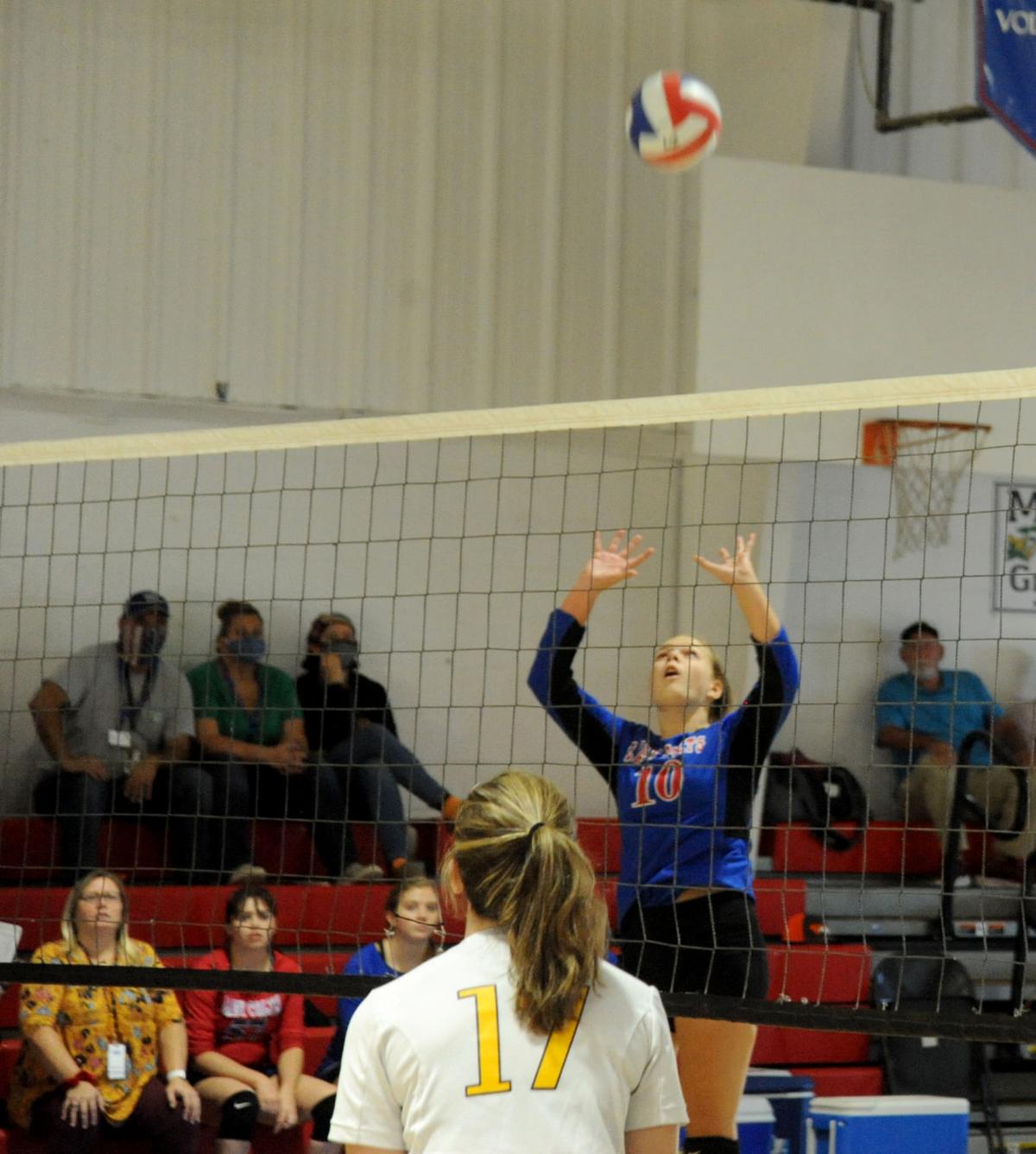 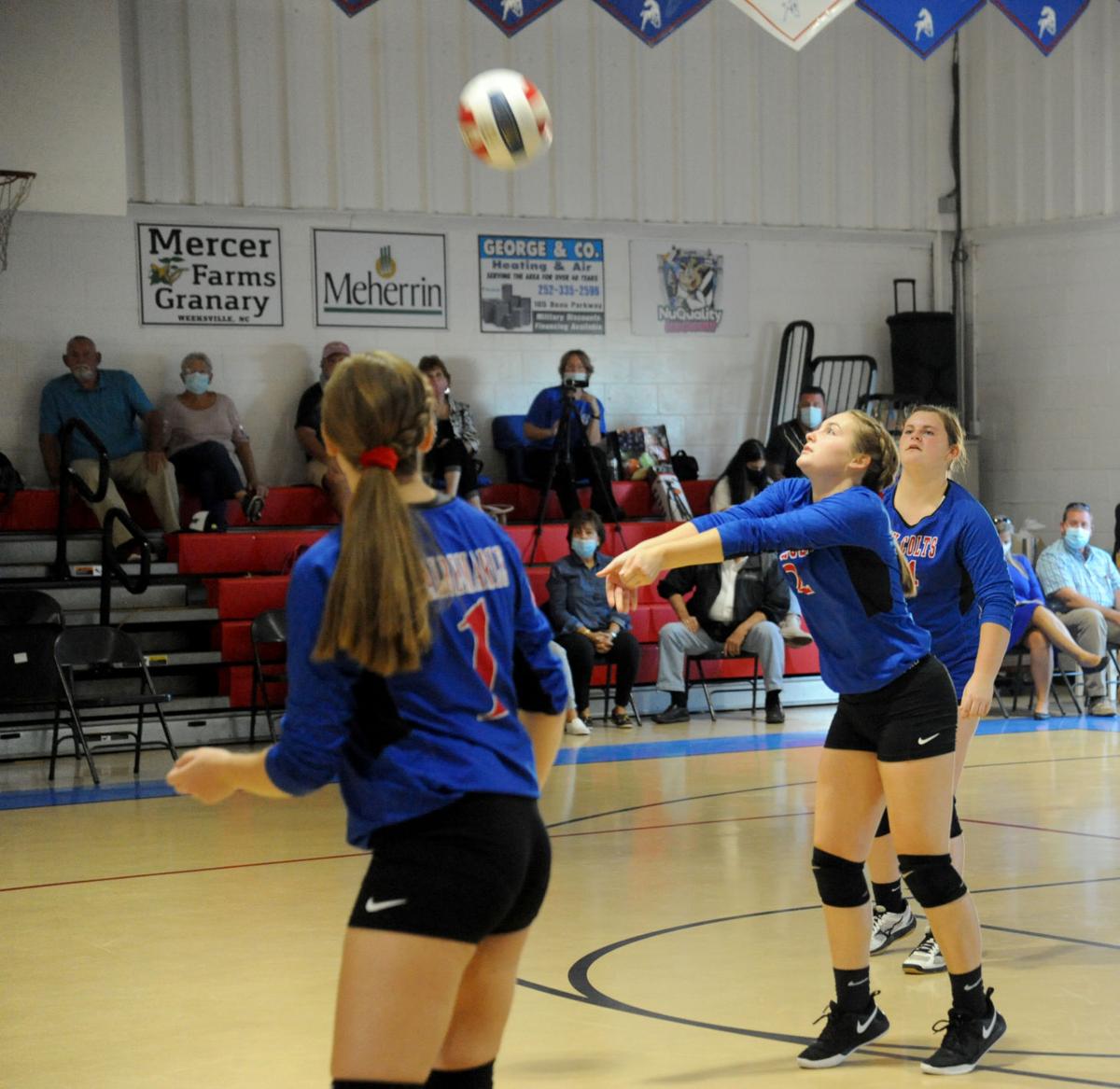 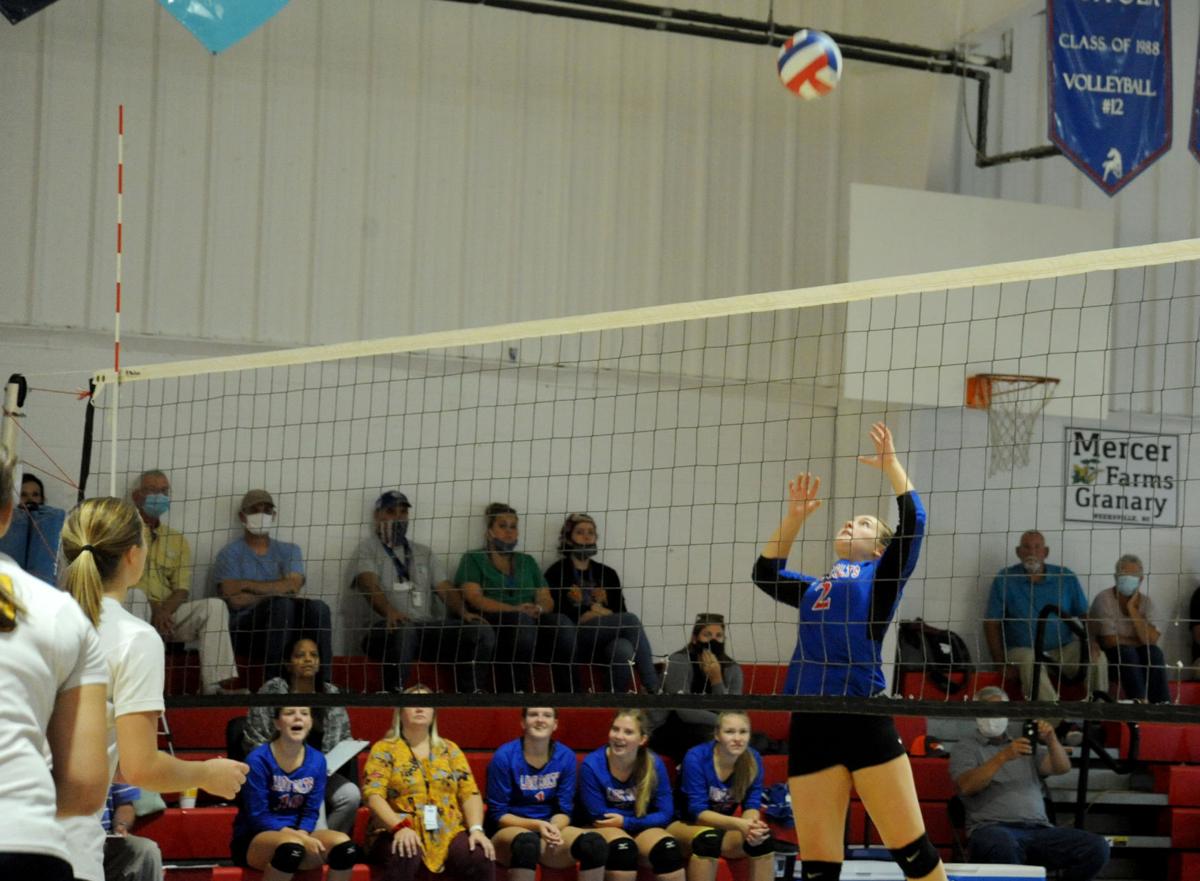 What a difference a few days make.

Six days later, Albemarle School proved that it was a quick study in its rematch against Ridgecroft School on Wednesday evening.

The Colts controlled the majority of the match as Albemarle School defeated Ridgecroft School 25-10, 25-19, 25-21 in the semifinal round of the Tarheel Independent Conference tournament at Albemarle School.

With the win, Albemarle School (9-3) advanced to the TIC tournament championship match against No. 1 seed and regular-season champion Pungo Christian Academy.

The championship match was scheduled to be held at Albemarle School Thursday evening.

As for Wednesday’s match against Ridgecroft School, Albemarle School, the No. 2 seed, was assisted in the match by consistent serving.

The Colts were aided by aggressive play at the net by Miranda Parker and Sylvia Jennings in the first set.

Parker, Samantha Nixon and Maci Higgins all stepped to the line and delivered quality serves that the Rams struggled to return in the first set.

Higgins secured the first set on a service point on set point.

Albemarle School held a 9-2 advantage to begin the second set. Ridgecroft School was able to get back into the set with errors committed by Albemarle School.

Albemarle School got key points from Madison Mansfield, Parker and took advantage of errors committed by Ridgecroft to secure the second set.

Both teams were tied 5-5 to begin the third set. The serving of Jennings along with points at the net by Mansfield led to a Colts 6-0 run to take an 11-5 lead.

The Rams rallied to tie the set at 16-all. Albemarle School outscored Ridgecroft School 9-5 late to complete the three-set sweep.

Jennings and Higgins each had an ace, while Parker had two aces.

Mansfield had a team-best three digs, Parker had two digs, while Jennings and Nixon each had a dig.

Mansfield led the Colts with 11 assists, Ava Morris followed with five assists, Parker had two assists, while Nixon and Monique Guzman Torres each had an assist.

Albemarle School head coach Nicole Delosreyes acknowledged the importance of serving and aggressive play at the net by her team in the match.

She added that Albemarle School was much better in passing the volleyball and covering the court defensively.

Covering the court defensively was one of the points of emphasis for the team after last week’s match against Ridgecroft School.

“They push a lot on us so we had to make some adjustments on our defense,” Delosreyes said.

The coach also acknowledged the improvement of Parker and Mansfield this season.

“They have done so great,” Delosreyes said. “They are all over the place. They never give up on the ball.”

The coach credited both players for getting to the volleyball before it hit the floor to continue rallies along with being very important to the team in serving, hitting at the net and setting the ball.

Delosreyes acknowledged the team was excited to advance to the conference tournament championship match at home against Pungo Christian.

Both teams played in the tournament championship match last season.