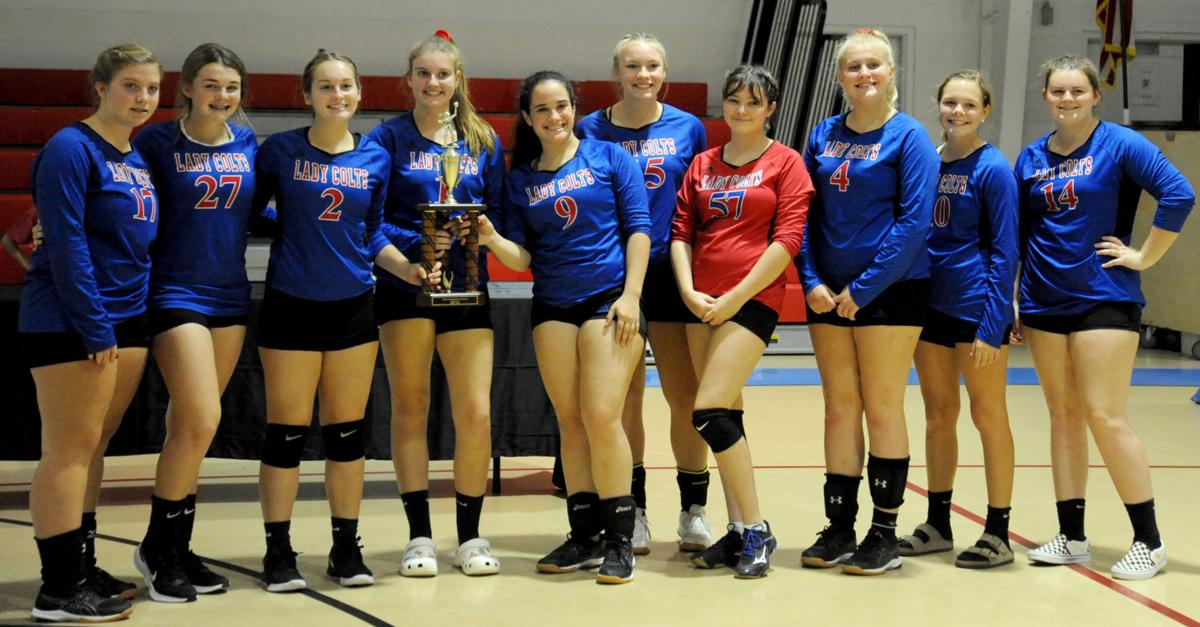 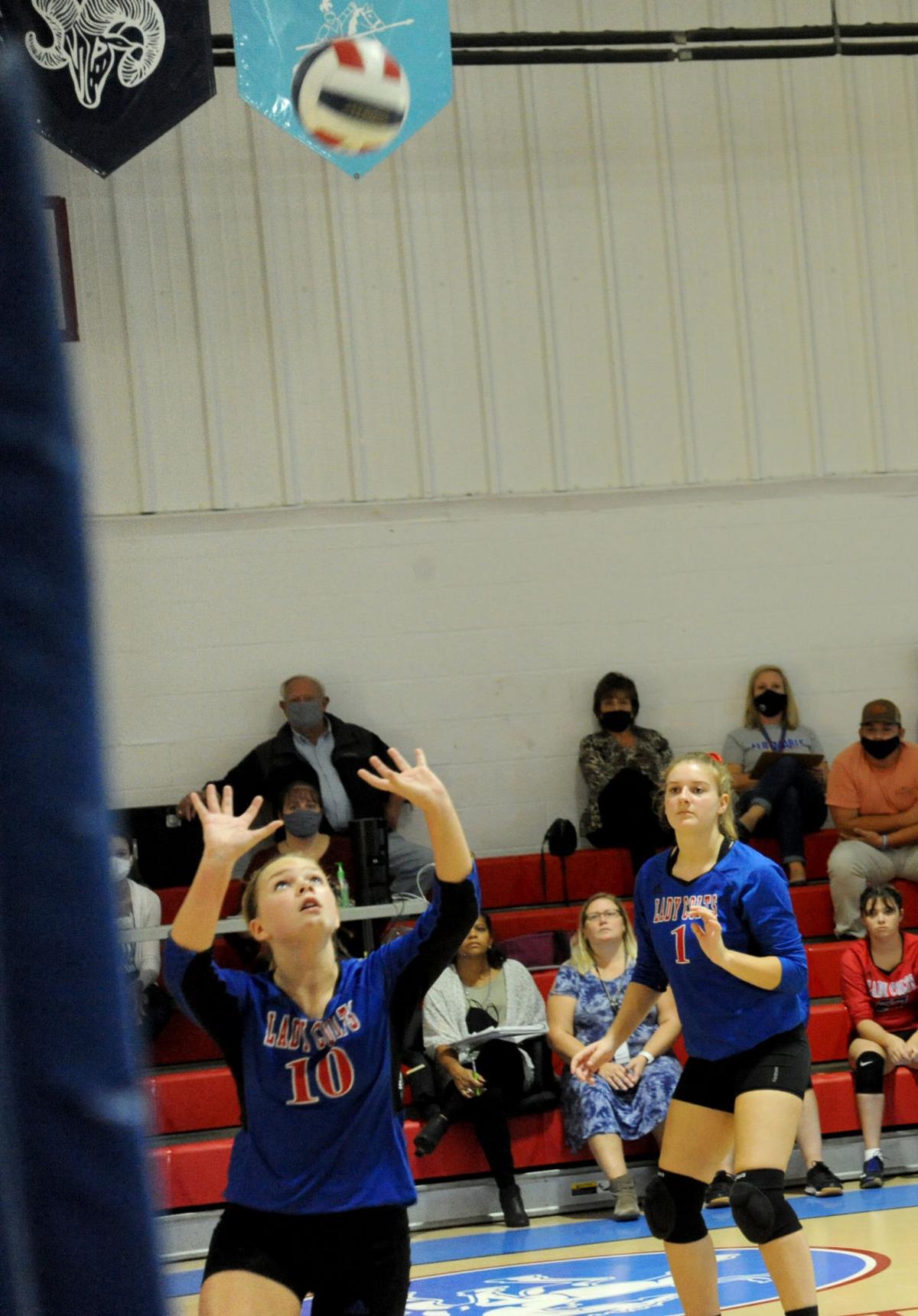 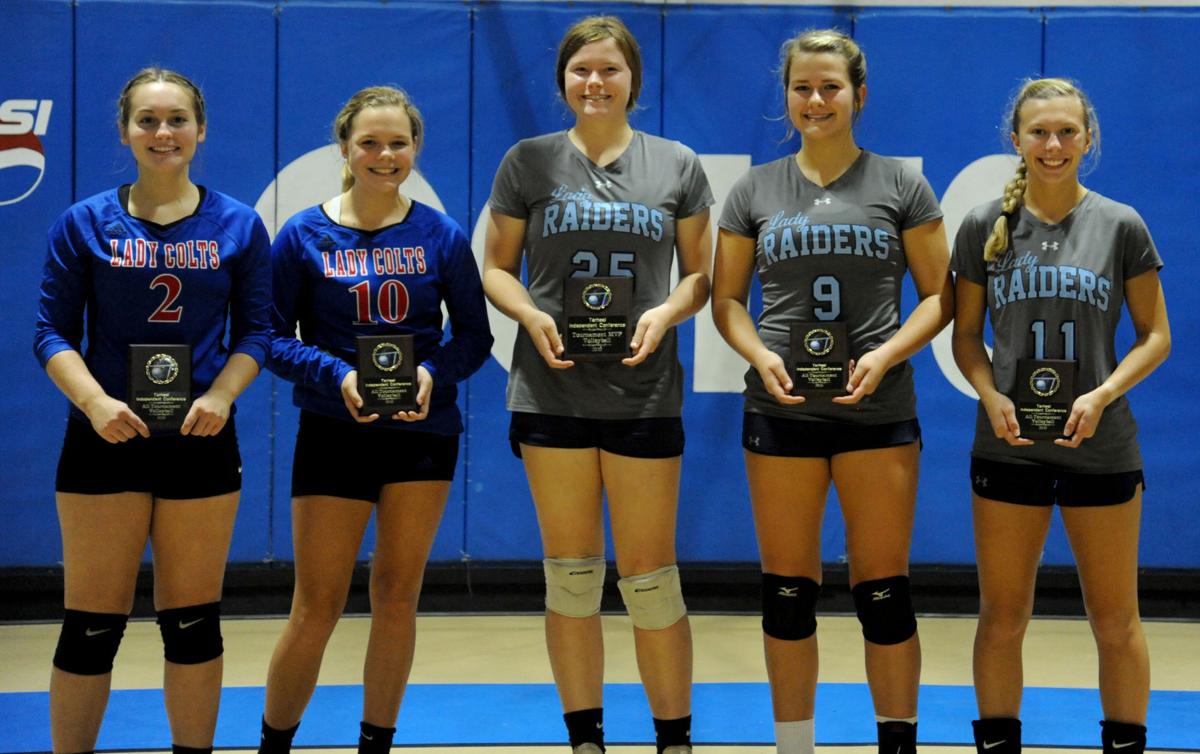 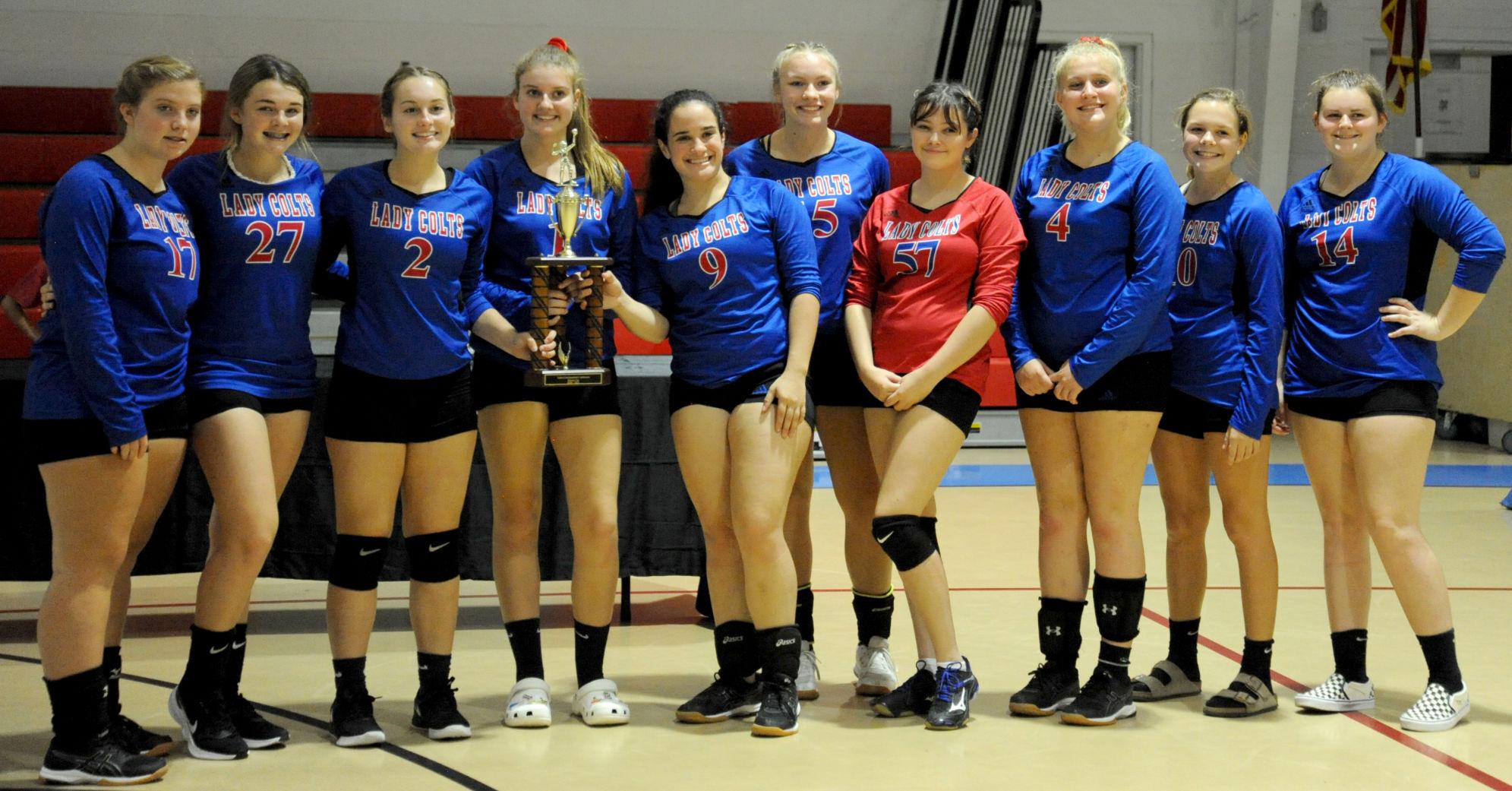 Albemarle School (9-4) got off to an early 3-1 lead because of Ava Morris’ serving. Pungo Christian would keep within reach with points by Haley Elliot and Reagan Stoop.

Consecutive errors committed by the Colts helped the Raiders tie the first set at 11-all.

Morris, a sophomore, helped the Colts remain in the set as she once again had three consecutive serves in which the Raiders could not return, which led to points for the Colts.

Her run at the line helped Albemarle School overcome a three-point deficit to tie the set at 15-15.

Pungo Christian (11-0) responded with four consecutive points to take a 19-15 lead, but Albemarle School’s Miranda Parker, a sophomore, contributed with a kill and points off the serve to trim the Raiders lead to 19-18.

Stoop, a sophomore, took control of the set late as she guided a Pungo Christian 6-2 run late, which included an ace on set point to give Pungo Christian the advantage after one set.

Stoop’s overpowering serves and aggressive point attempts at the net was one of the deciding factors in the favor of the Raiders during the last two sets.

Stoop along with seniors Lauren Ricks, Riley Cutler and Emma Williams were able to find holes in Albemarle School’s defense for points in the final two sets.

Parker led Albemarle School with four kills, Morris and Sylvia Jennings had two kills each, while Nixon and Torres each had a kill.

Madison Mansfield had a serve ace, Parker had four blocks, Nixon, Torres and Tyra Gutierrez each had a block.

Nixon had a team-best six digs, Torres and Maci Higgins had two digs each, while Jennings, Morris and Peyton Robertson each had a dig.

Morris had one assist in the match.

Following the end of the match, the conference presented the all-conference and all-tournament team awards along with conference champion and runner-up trophies.

The Colts were recognized during the trophy presentation as the conference regular season and tournament runner-up.

Pungo Christian was the conference regular season and tournament champion.

Up next is the North Carolina Independent Schools Athletic Association Class 1A state tournament.

The NCISAA is expected to release the bracket this weekend. The state playoffs are expected to begin next week.