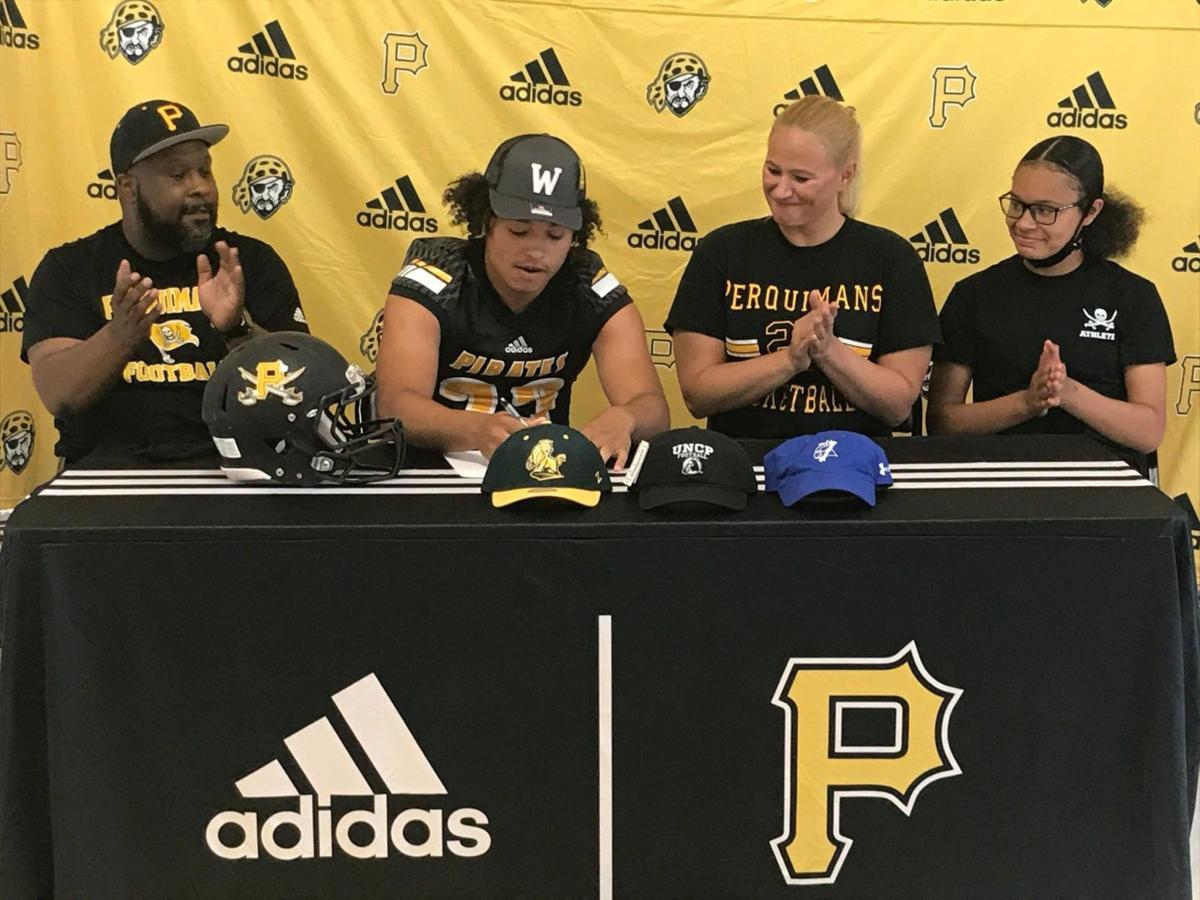 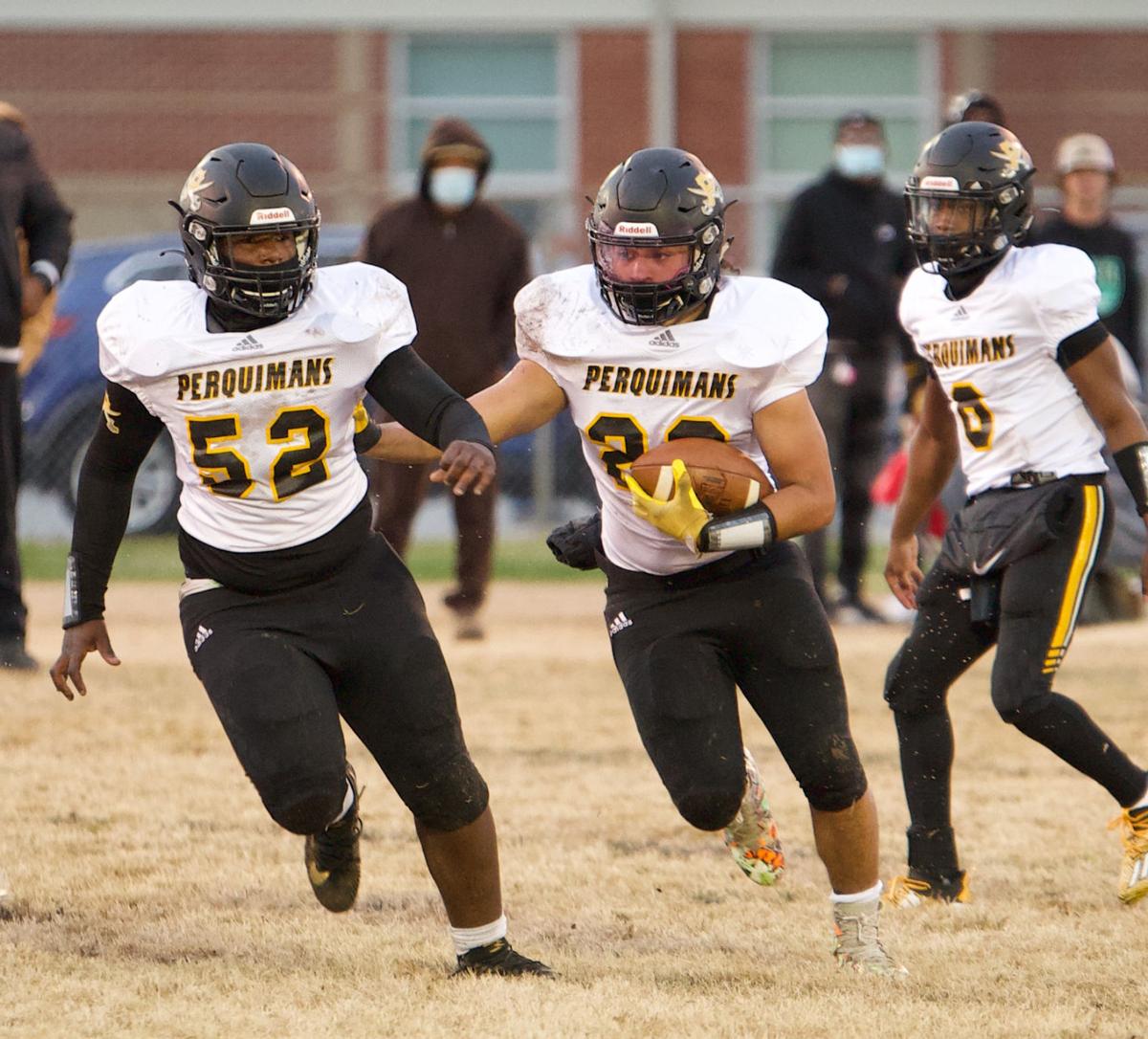 Antwan Harris has been one of the important players in the resurgence of the Perquimans County High School varsity football team in recent years.

His effort on the field was recognized.

With family, coaches and supporters in attendance, Harris held a signing ceremony on June 2 at Perquimans County High School.

Harris, a running back and linebacker, will continue his football career at North Carolina Wesleyan.

“It was great to see Antwan Harris commit to North Carolina Wesleyan University last week,” Perquimans head football coach Randy Awrey said in a statement Thursday. “We are all very proud and excited for him to have the opportunity to get a great education while also getting an opportunity to continue to play football at the next level. I have had the pleasure of working with Antwan for the last three years and it’s great to see all his hard work in the classroom, weight room, and football field, pay off.”

Harris was a four-year member of the varsity football team at Perquimans.

According to statistics on MaxPreps.com, Harris compiled 1,501 rushing yards with 15 rushing touchdowns during his last two seasons at running back for the Pirates.

He had one of his best seasons on the gridiron this spring.

He had three games where he ran for 100 or more yards.

Harris added 11 catches for 167 yards and a receiving touchdown this season.

The North Carolina High School Athletic Association spring 2021 football season was cut from 11 regular season games in the fall to up to seven games this spring because of the COVID-19 pandemic.

The Pirates played in five regular season games and one NCHSAA 1A state playoff game this season.

His efforts led Harris to be named an Albemarle Athletic Conference all-conference performer for the spring 2021 season.

Perquimans ended the spring campaign with a 4-2 overall record with a 2-1 record in the Albemarle Athletic Conference.

The Pirates finished the season in second place in the conference.

Harris also was a member of the Perquimans varsity boys basketball and track and field teams during his high school career.

The Battling Bishops compete in the USA South Atlantic Conference.

“If you want to win, do the ordinary things better than anyone else does them day in and day out,” Harris told The Perquimans Weekly. “I chose North Carolina Wesleyan because I get to earn a degree in business, play football, and it is not too far from home so I can experience and learn a new area.”

Harris becomes one of the latest athletes from Perquimans County to get the chance to play college football.

"Coming from Perquimans, I can’t remember a lot of guys going to the next level to play football and it drove me to work hard and show the under class men it’s possible to play on the next level coming from a small school," Harris told The Daily Advance on Thursday. "When I went on my visit to NC Wesleyan, I immediately felt a strong connection as it reminded me of Hertford. It’s not too big yet spacious, everything you need is right there."

A list of players in the Class of 2021 from The Daily Advance’s #NENCsports coverage area who have announced their college plans. To add a student-athlete, e-mail mshields@dailyadvance.com or message on Twitter @malcolm_shields.