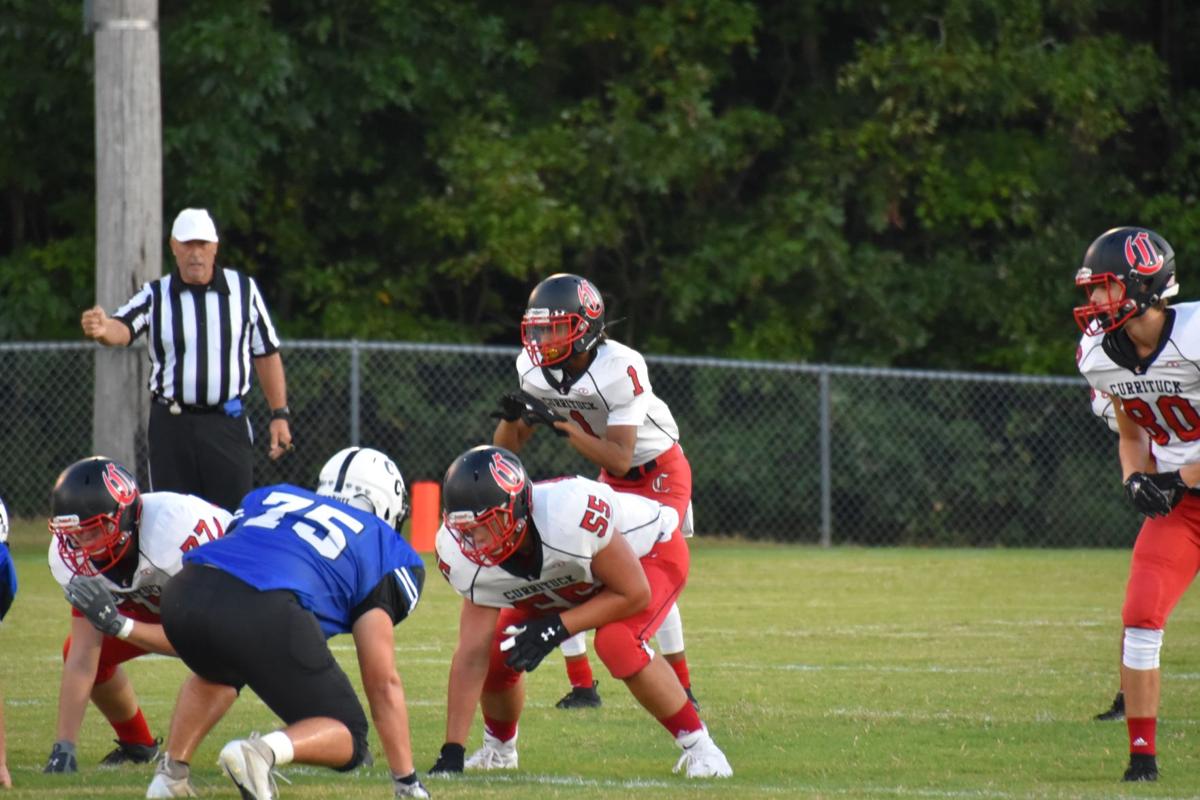 Offensive lineman Collin Jennings (55) along with Christian Spencer (1) and Zak Harlow (80) are part of a key senior class for the 2019 Currituck football team this season. 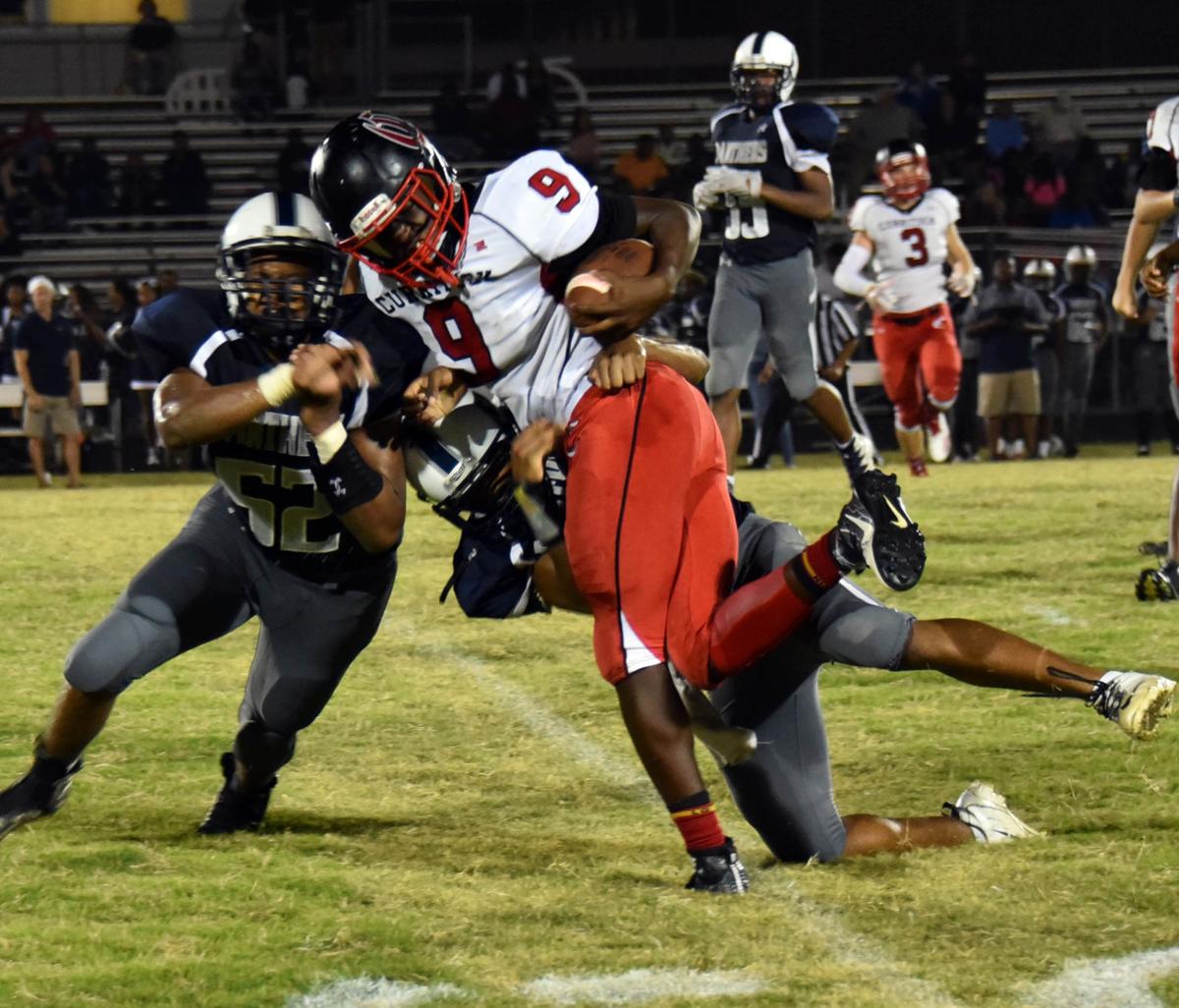 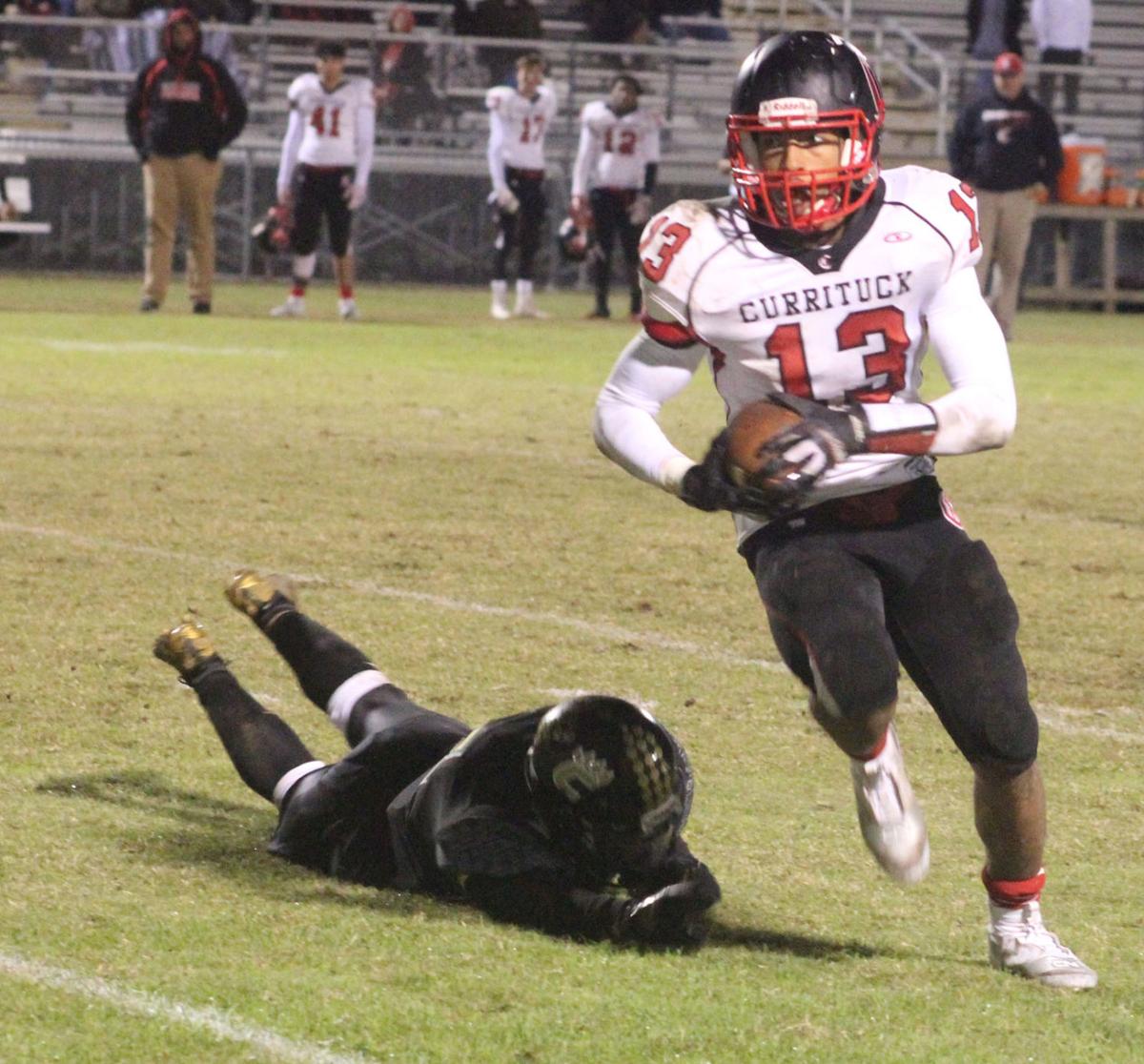 Offensive lineman Collin Jennings (55) along with Christian Spencer (1) and Zak Harlow (80) are part of a key senior class for the 2019 Currituck football team this season.

There is an added sense of excitement surrounding the Currituck football program as the regular season draws closer.

In 2018, under interim coach Paul Bossi, the Knights had their first winning season and playoff appearance in five seasons.

Now, with Bossi officially named the head coach and a large group of seniors returning for the 2019 season, Currituck will be looking to have two consecutive winning seasons for the first time in more than two decades.

“We’re real excited,” Bossi said. “We feel like we have enough returning starters that we could make a run for a decent season and possibly, if we work hard, compete for a conference championship.”

The amount of experienced seniors returning is a key strength for the 2019 Knights. They'll have 16 returning starters combined on offense and defense.

Among more than 20 seniors is quarterback Jayden Calloway. He will be the starting quarterback for the second straight year after Liam Schuster suffered a season-ending injury in week one of 2018 against Manteo.

Calloway, who was the premier running back before then, was dynamic behind center totalling 1,203 rushing yards with 11 rushing touchdowns and four passing scores.

He will be the “X-factor” for the Currituck offense once again.

“I don’t know if he can step up more than he did last year,” Bossi said. “He’s already on the top of his game.”

Calloway will be protected by an experienced offensive line as well.

Four of the five probable starters in the trenches for Currituck are seniors Jalen Owens, Collin Jennings, Conner Hamilton and Greg Nicholson.

Owens and Jennings were two of the best Northeastern Coastal Conference linemen as they earned first-team all-conference honors.

Sophomore Rylan Little will be the starting center and there will be three backup senior linemen as well to create depth at the position.

“(The O-line is) probably one of the best things that we can say because they worked together all last year,” Bossi said. “They know the calls and they know how to communicate with their partner right next to them.”

Among one of the few non-seniors that will be starting on offense this season is running back Traveon Powell.

As a sophomore, Powell nearly eclipsed a thousand yards rushing while missing three games, making him one of the most impactful skill position players on the team.

He will be back in that role along with fellow-junior Kemetrius Mercer and senior Kentrial Harvey, who also earned All-Area honors as a defensive end with 68 tackles last season.

“(Powell) wasn’t even the feature back (last season), he just kind of rolled into that position,” Bossi said. “We’re expecting him to run the ball really well.”

Spencer, senior Trent Walker and Zak Harlow, who will also act as tight end, will be key returners to the receiving corps.

Seniors Jacob Dawson, Deshawn White, Corey Simpson and Walker will be at linebacker.

The Knights also had a shot to win in three of those losses.

At Northeastern, the Knights were down four points to the eventual-NCC and 2A East Regional champ in the fourth quarter before Northeastern converted on a fourth down and later scored to put the game out of reach.

Against Hertford County, the Knights trailed 21-0 at halftime before getting within a touchdown in the fourth quarter and John A. Holmes needed a last-minute long touchdown to win 28-24 in the regular season finale.

Even in overtime of the first round of the 2AA playoffs, Currituck was ruled to have been stopped before the goal line by Croatan on fourth down as it lost 24-21.

Those close losses, however bitter, provide some motivation for the experienced Knights as their season is scheduled to begin with a 7:30 p.m. road game against Manteo on Friday.

“They did not like those feelings losing those games,” Bossi said. “We just refer back to those losses and what it felt like. If you don’t want to work hard, just think about those feelings from last year.”