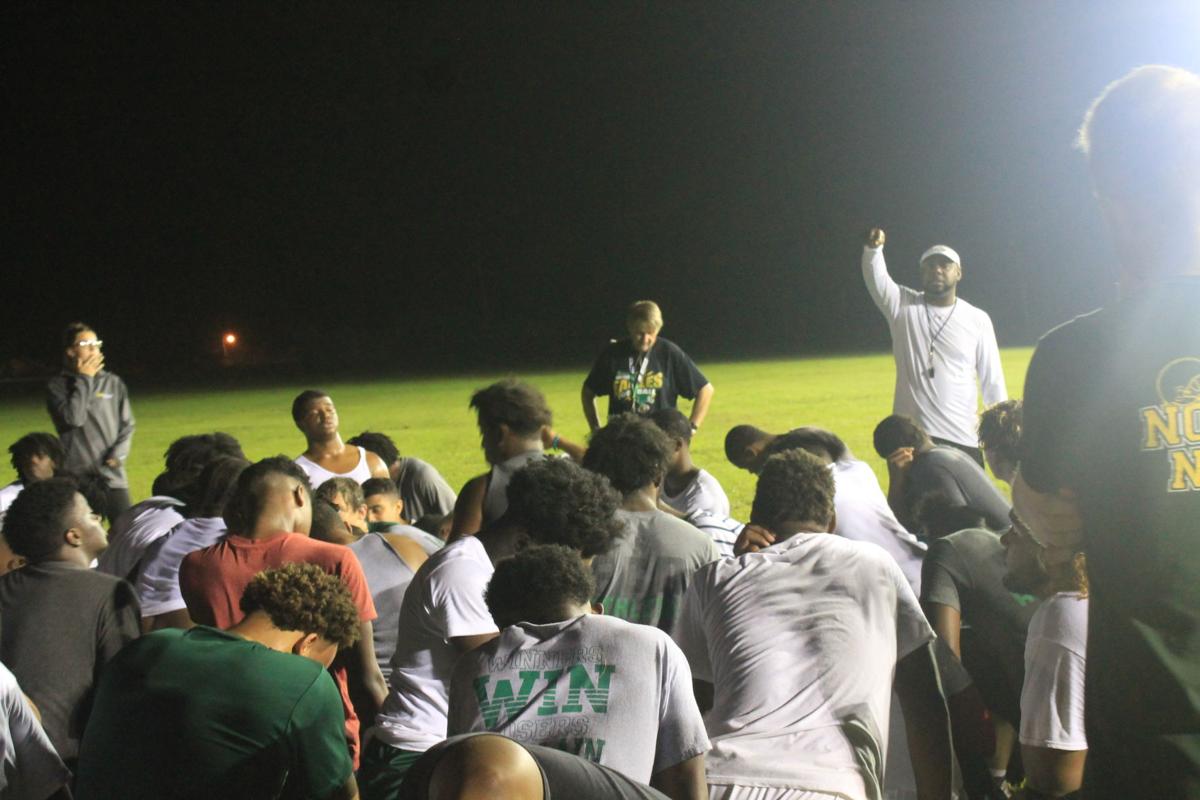 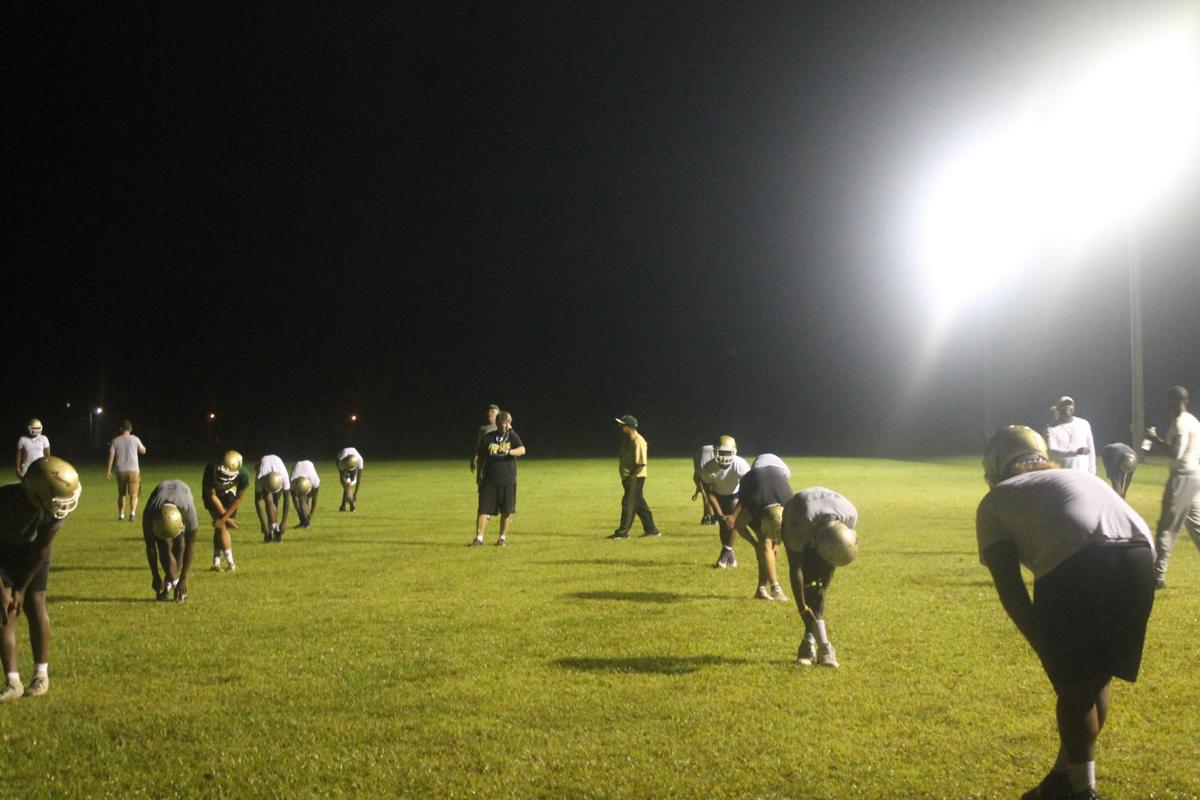 On a slightly muggy night, the field lights were on at the Northeastern High School football practice field.

During the practice session that lasted just over an hour, the Eagles went through stretching, position drills with work on offensive, defensive and special team situations.

Once practice concluded, players rushed off the field with some joking they were ready to head to IHOP for a post-practice meal.

For Moore, a post-midnight practice was a way to inject some fun into preseason practices.

“Football is finally here and we are excited about it,” he said. “It brings more excitement to do something that’s not normal.”

The NCHSAA implements an acclimation process for football programs across the state to have athletes progress from helmets and workout clothes, to helmets and shoulder pads to full padded practices.

Weather permitting, Northeastern and other football programs are on pace to begin full-padded contact practices this week.

Moore wants his players to learn the basics on offense and defense between now and the scrimmage.

“If we just learn the basic schemes on offense and defense, I’ll be grateful,” Moore said. “We should be able to do that because we have been practicing the whole summer. Right now, it’s just about getting to that first game.”

Spellman — a three-star prospect according to 247 Sports, ESPN and Rivals — shared the achievements on Twitter.

He recorded 99 total tackles with 22 sacks last season as a junior.

The lineman was named a preseason second-team sophomore All-American by the website.

During his freshman season, Freshwater posted 76 total tackles with 15 sacks during the 2018 season.