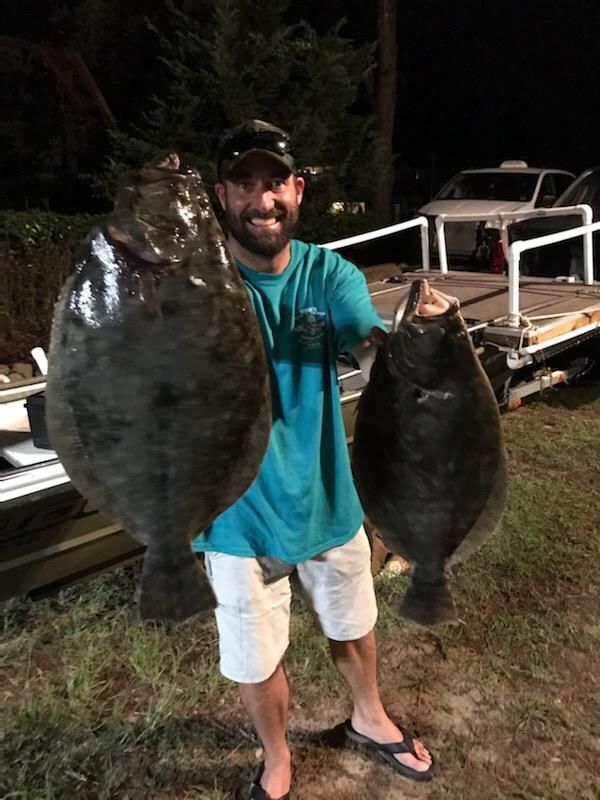 Johnny Vaught of Kitty Hawk caught a couple of doormats in one day. 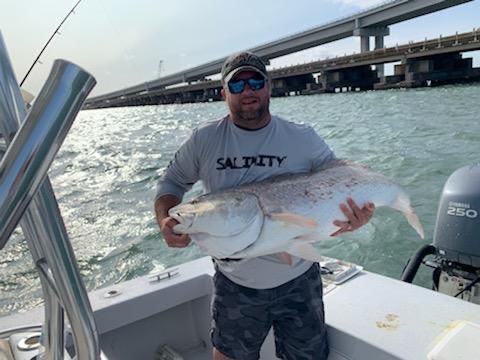 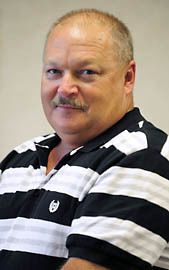 Johnny Vaught of Kitty Hawk caught a couple of doormats in one day.

The chatterbait is a lure that had been developing a lot over the past few years but it is basically a cross between a spinnerbait and a jig.

The difference is the amount of vibration it puts out in the water and it will catch fish in muddy, clear or tannic water and it can be fished in almost any depth.

Chatterbaits come in a variety of colors and sizes but the most common colors are white and chartreuse and white while the size most used is half an ounce. You can slow roll a quarter or fish a five eighth on the bottom but to begin with I would choose a half ounce. It throws best on a bait caster with either mono or braid but I prefer mono especially in clear water.

In the fall the fish are chasing baitfish so a chatterbait pitched up onto the banks and worked back to the boat is very effective. It is a reaction bait that mimics baitfish cruising the flats and stump fields especially up in the creeks.

You can cover a lot of water simply by putting the trolling motor on constant and work your way down the bank. Stay out in deep water and work it down the drop offs by slowing or even killing the bait and letting it flutter down the water column.

Even while falling the bait will make a good vibration and attract fish. Just like fishing a spinnerbait if you get a short strike on one color then switch to another till you get a strike.

The chatterbait is a great bait for the fall so pick you up one or two and get out there and see what happens next.

The offshore fleet has been fighting the wind but they did get out most days with good results.

Plenty of meat fish laid out on the docks with blackfin, yellowfin and mahi. Throw in a king here and there and it turned out to be a good day to go offshore.

On the surf and piers the puppy drum have been on the top of the list with fish being caught up and down the beaches. Fresh cut bait is the favorite as usual for the drum and they seem to be right in the surf.

We also have a good mullet bite as well as some Spanish beginning to show up. The water needs to cool a little more for the speckled trout to show up in the surf but we have had a couple of fish show up.

The sound fishing has some good drum fishing with big fish being caught near the inlets. Fresh cut bait in about 20 feet of water are paying off some anglers who wait for the bite.

There is still plenty of speckled trout and some huge flounder being had. Johnny Vought of Bob’s Bait and Tackle went out with Captain Matt and caught a couple of doormats in one day as well as a 60-pound bull drum.

Captain Matt is on the fish that is for sure but he usually is. There are also some rumors that the striper have begun to show up on the Mann’s Harbor Bridge already with some fish coming in at 25 inches.

Locally it has been all about the largemouth bite with a good top water bite in the creeks on popping baits and flukes.

The fish seem to be right up on the banks so make sure you hit the bank and work it back to the boat.

If anyone gets out this week send me some pics and a report and I will do my best to show it off for you.

Email me at fishingwithmike921@yahoo.com or hit me up on Facebook at Fishing with Mike.