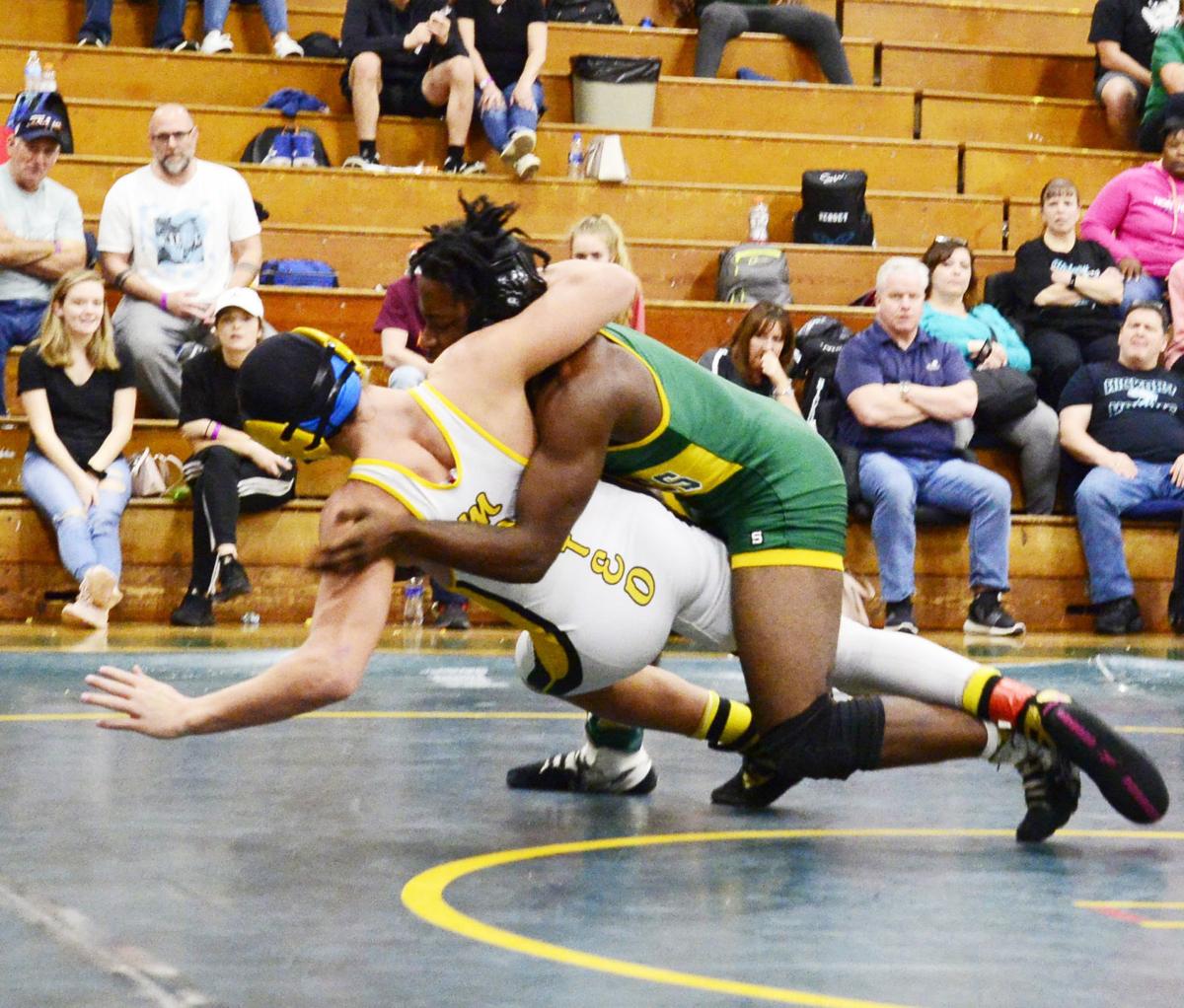 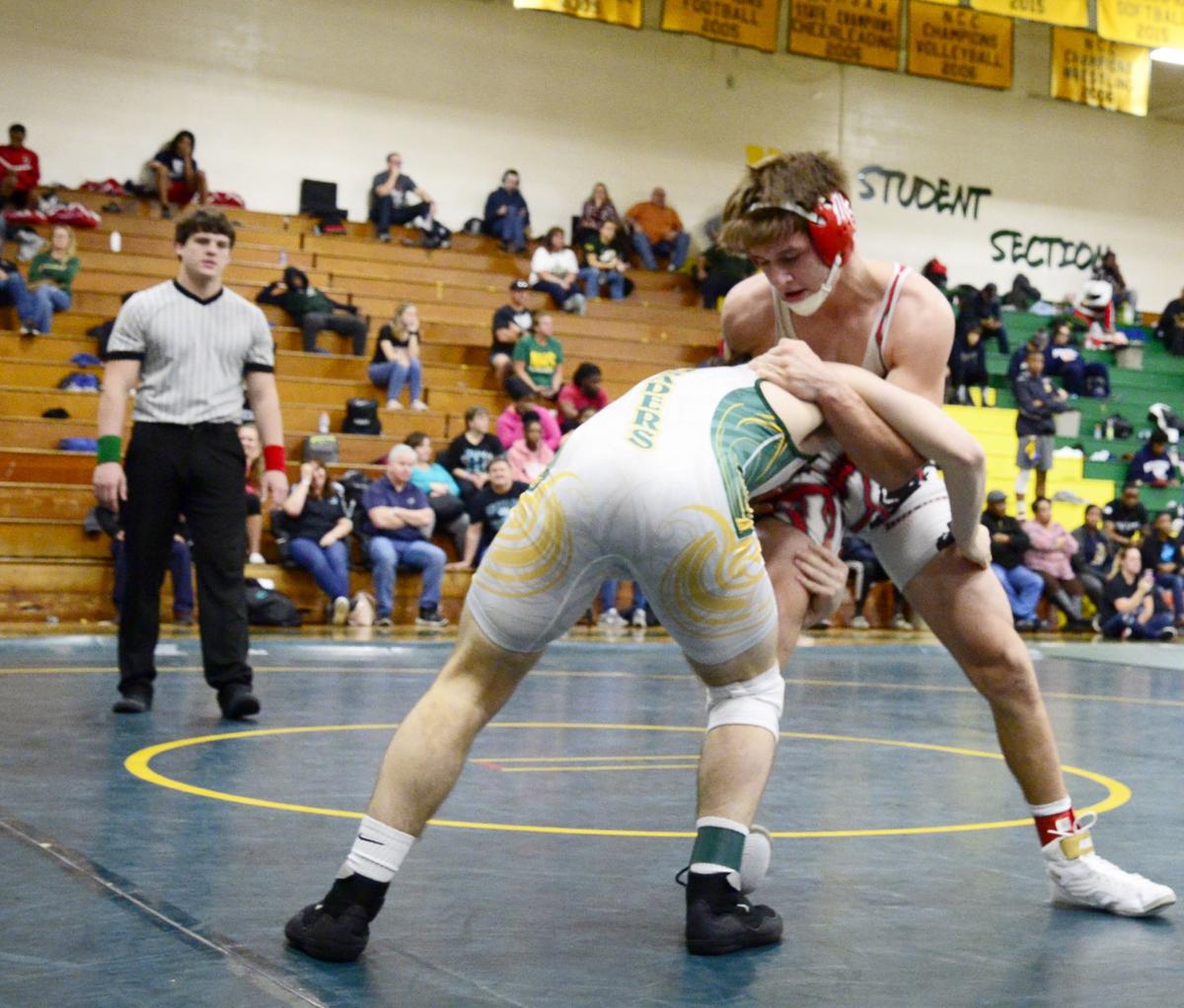 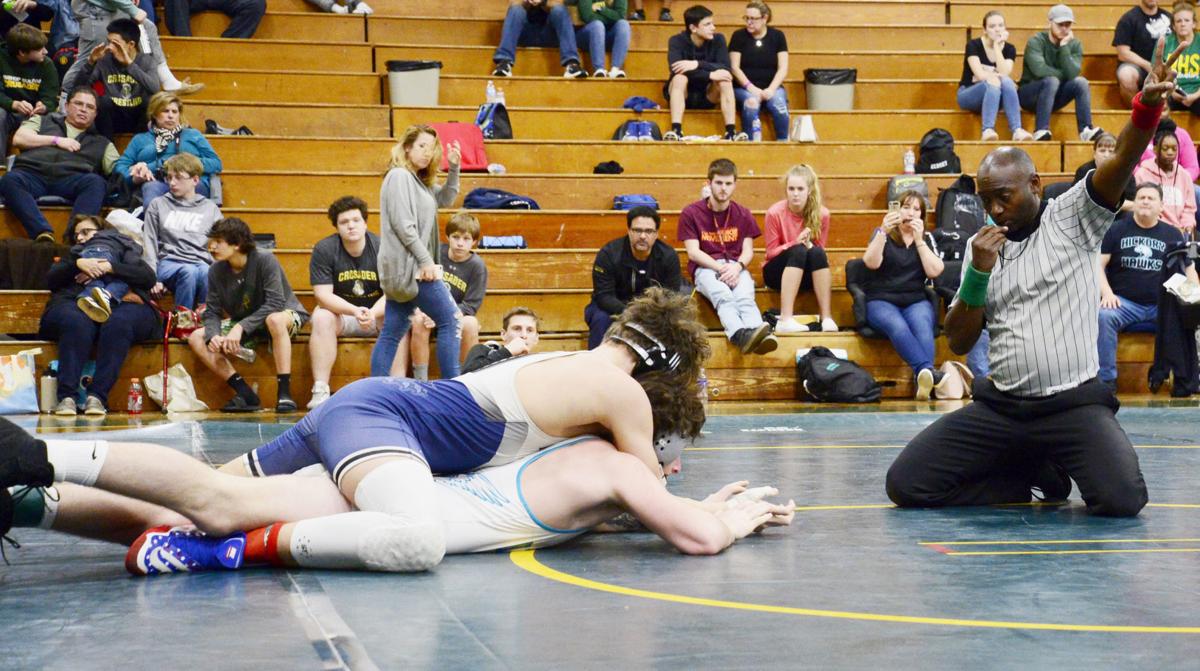 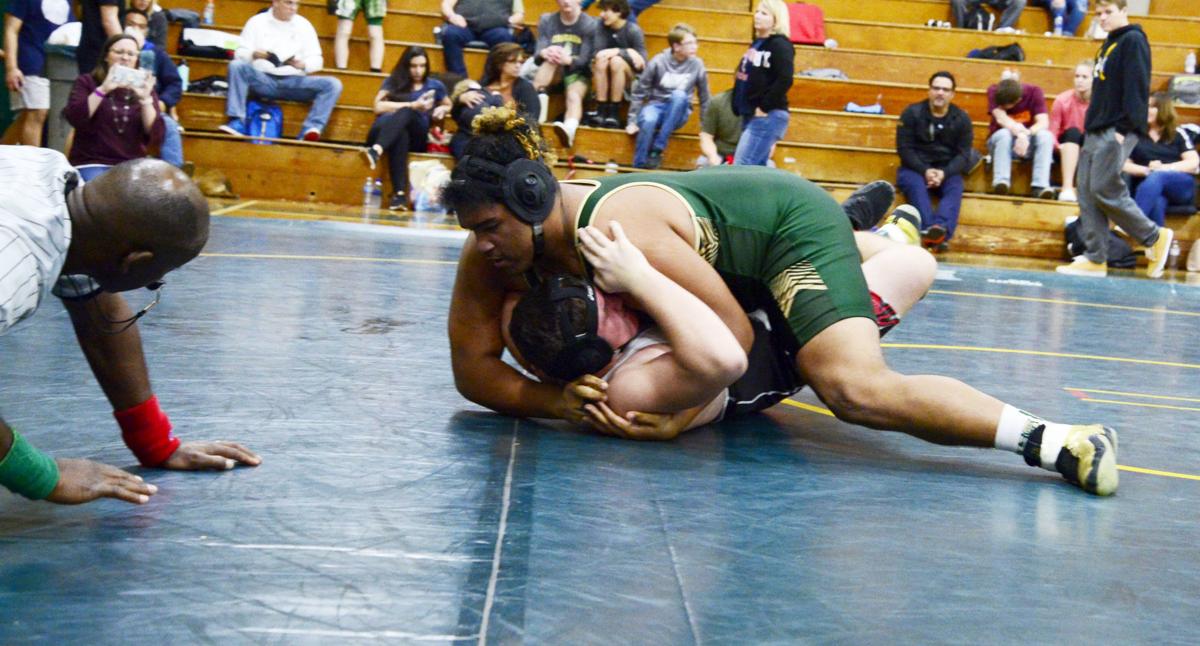 Northeastern’s Amir Payton-Kimble (top) won both of his wrestling matches against Manteo and Pasquotank, Tuesday at Northeastern High School. 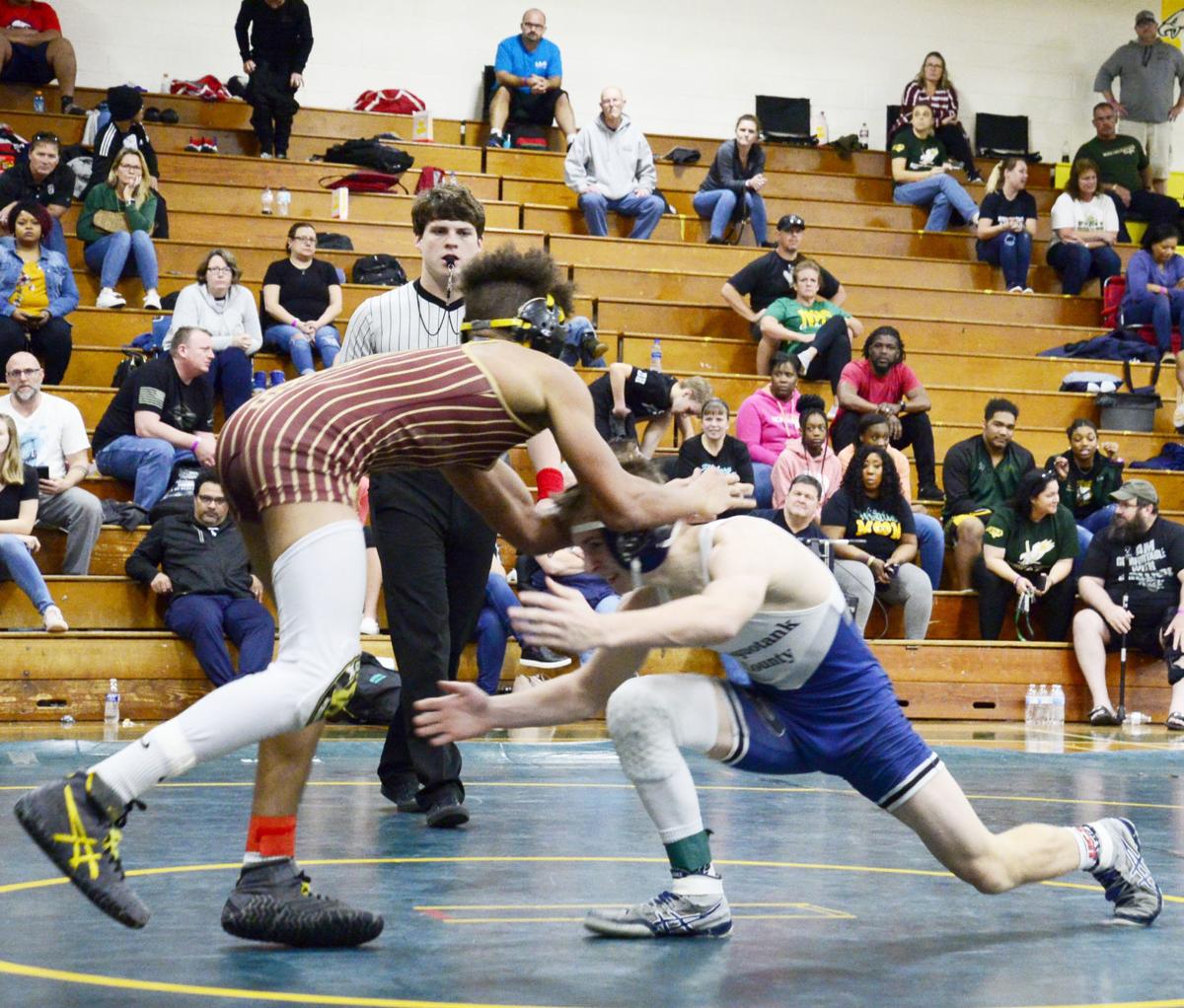 Northeastern’s Amir Payton-Kimble (top) won both of his wrestling matches against Manteo and Pasquotank, Tuesday at Northeastern High School.

Saturday’s wrestling invitational in Elizabeth City was a successful one for the home team.

At the River City Invitational held in its own gym, the Northeastern wrestling team had its best finish in the event yet according to coach Larenzo King as the Eagles posted second place out of 16 with 154 points.

Five Northeastern wrestlers made it to their weight class’ championship as another took third place as the only school to post more points and win the team championship at the invitational was Hickory (Va.) with 176.5.

Among other area schools that participated, Currituck took third place with 123 points, Pasquotank took seventh with 78, Hertford County tied for eighth with 76, Manteo finished 11th with 69 and John A. Holmes finished 16th with 10 points.

Four of the five Northeastern wrestlers to make their respective championship ended up taking first place.

Payton-Kimble won the final championship match of the invitational with a pin over Currituck’s Jeffery Klugh 29 seconds in.

King noted that he expected those two to be great in the invitational.

Isaiah Cartwright (145 pounds) was another Eagle to win his championship, but it didn’t go as quickly as his teammates’.

Cartwright and Manteo’s Dylan Polatty entered the third two-minute period scoreless as Cartwright finally came up with a takedown of Polatty for two points.

Polatty escaped for one point, but Cartwright, who looked banged up after the second period, was able to come away with the 2-1 victory.

“For him to hang on for those last couple seconds of that match, he pulled through and he did good,” King said.

Eric Kellar was the fourth Eagle to win a championship as he defeated Lake Taylor (Va.)’s Xavier Billie 11-6 in the 152-pound weight class.

Northeastern’s Kiristopher Sawyer (138 pounds) also made his championship round, but he settled for second place as Grafton (Va.)’s Alex Sorenson defeated him 11-4.

Braxton Tucker, also of NHS, won third place with a 5-3 win over Kymari Searles from Denbigh (Va.) in the 160-pound weight class.

In the first-place match of 160, Currituck’s Trent Walker made himself one of two Knights to win their 16-man tournament when he defeated Catholic (Va.)’s Ian Harris 2-0.

The other Currituck wrestler to win was 120-pound Samuel Hodge as he defeated Lake Taylor’s Maddox Crowe 7-0.

Noah Walker (132 pounds) and Ryan Fisher (126 pounds) each claimed third place in their weight class for the Knights.

At 182, Kobe Kellar defeated Hickory’s Michael Long with a fall in the middle of the third period.

Howard was named this year’s Most Outstanding Wrestler for the invitational.

“It’s always getting better every year,” King said. “Fans, volunteers, parents did a great job, I want to thank them and all the donors. It wouldn’t have been possible without them.”