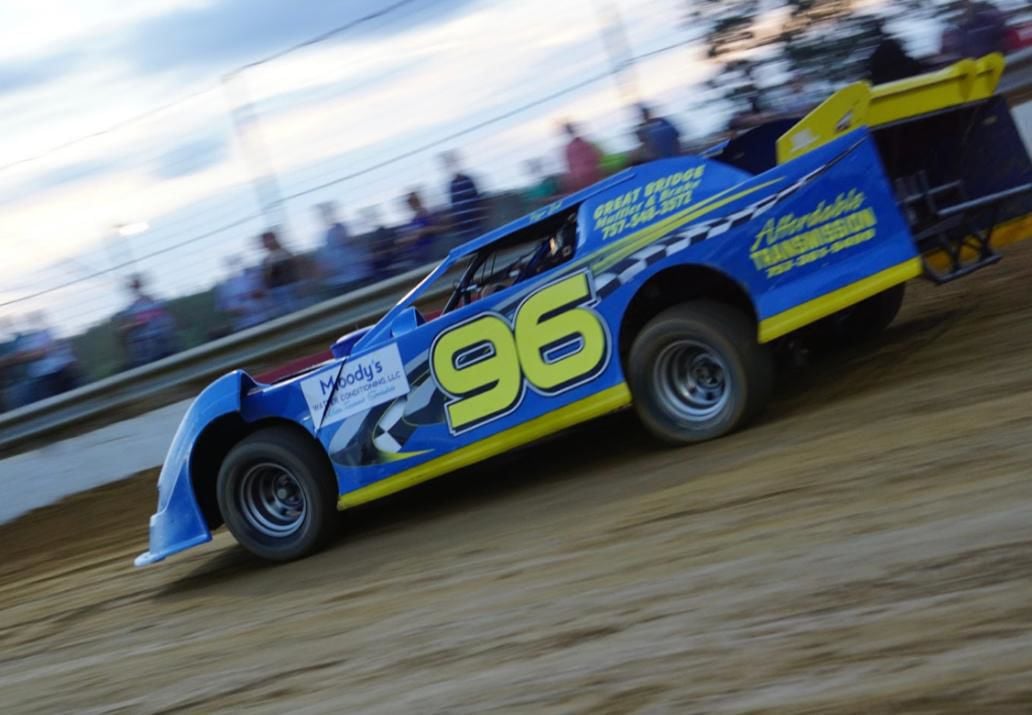 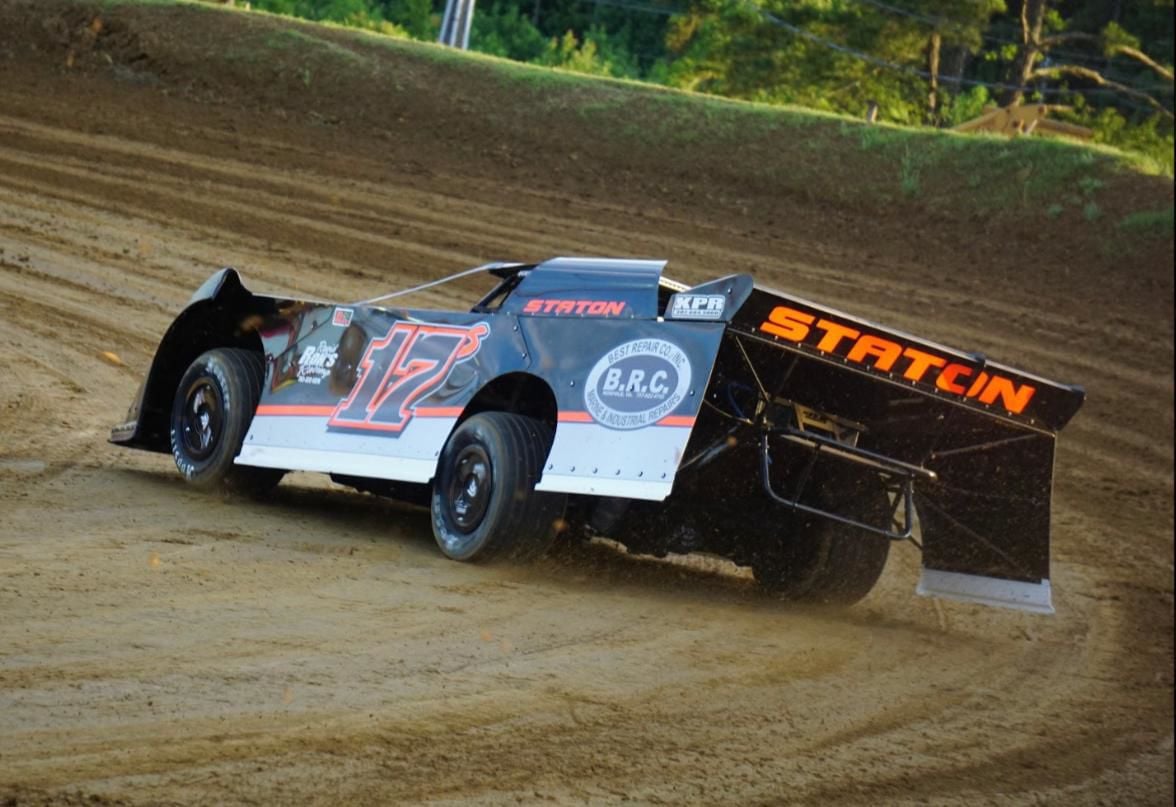 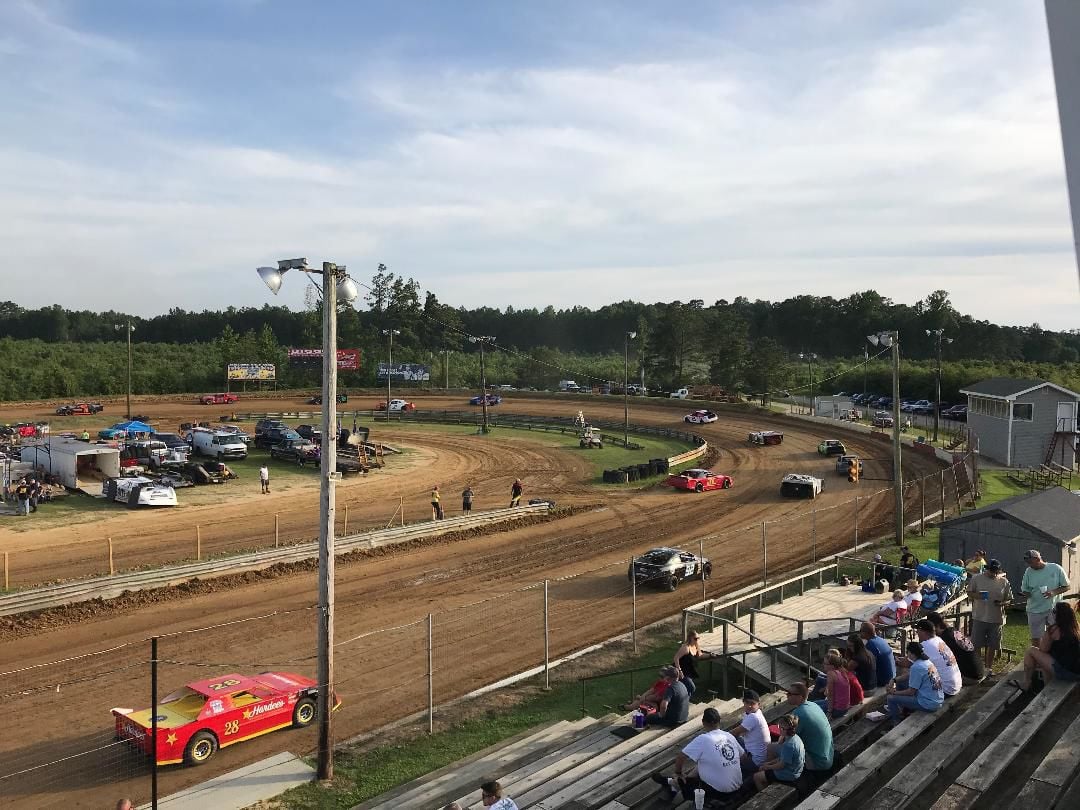 He only led one lap, but it was the most important one.

On Friday, past champion Roger Bell, of Chesapeake, started the Rapid Ron's Racing Sportsman feature outside of row two, but quickly moved to the second spot and maintained that position most of the night.

Polesitter Mark Overman led the opening 19-laps and looked as though he was going to end the event in the winner's circle. That was until Bell drove his number 96 Chevrolet Camaro inside of Overman in the final two turns of the last lap. Bell was able to execute the pass and take the lead for a popular and exciting victory at the finish line. It was his first win after a multiple year absence. Overman finished in a close second-place with Elizabeth City's Matt Meads earning third at races end.

Defending champion and season opening race winner, Troy Brickhouse suffered an engine failure prior to qualifying and was not able to start the race.

Veteran competitor John Staton of Chesapeake started the special 40-circuit Budweiser Allstar Late Model feature on the outside pole and within the opening laps took command of the lead from first place starter Ryan Steeley. Earlier in the evening, Steeley won his second straight pole, allowing him to pace the full field of 21 vehicles to the green flag. Once Staton took over the top spot from Steeley, he never looked back, earning his first win of 2020. Steeley was able to finish the event in second-place with defending race winner, Austin Hubbard bringing his Rocket home in third.

Chris Freeman started the 25-lap Biggs Cadillac Buick GMC Stock Fours 25-lap contest on the pole position and was hoping to secure the victory, and a big $500 payday. That was until Trevor Battoia was able to negotiate his way around Freeman and take over the top spot. Battoia would go on to lead the race until lap 10 when he experienced mechanical problems and was forced to pit, ending his night prematurely. On the same lap, third-place racer Shane Loving had a fire erupt under his hood, dousing his hopes of getting a victory. With the sudden change of events at the front of the field, Freeman found himself back in command of the lead by lap 11 and never looked back to claim his second straight win. Finishing behind him in second was AJ Smith and Bryant Falk claimed third-place.

Dennis Barnes pulled off his second-straight win of the season in the Little Caesars Super Streets. He started in position number one and led flag-to-flag in the 20-lap event. The race was filled with excitement and drama for the runner up position that traded hands multiple times and featured six yellow flags. One of the most notable included when second-place racer and teammate to Barnes, Hunter Mason was involved in a scuffle with Chris Humblett. The two traded paint and sheet metal before the start-finish line on lap 13, ultimately sending both cars spinning and tagging the inside retaining wall. They continued at the rear of the field on the ensuing restart. In the end, Barnes held off Chris Lincoln, who had another impressive finish this season, earning second-place and Jeff Hunt rounded out the top three finishers.

In their first race since last fall, Hertford's Ron Winterburn made hay by taking the checkered flag in the R & D Super Fours. He held off James Barnes who finished runner-up in the 15-lap event, and Brian Harris secured third-place.