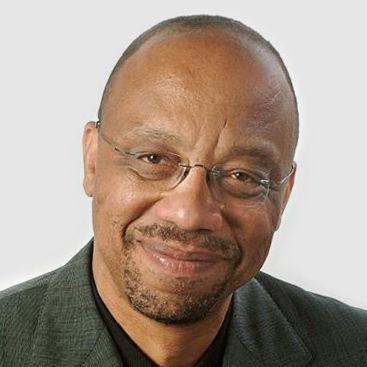 This is the part of the horror movie when we realize that the phone call from the psychotic killer is coming from inside the house — and yet those being stalked convince themselves that somehow, things will work out just fine.

We now know that COVID-19 has invaded the White House itself. Vice President Pence’s press secretary, Katie Miller, and one of President Trump’s personal valets have both tested positive. Two of the physicians leading the federal response to the virus — Robert Redfield, head of the Centers of Disease Control and Prevention, and Stephen Hahn, head of the Food and Drug Administration — have gone into self-quarantine. A third, Anthony Fauci, has placed himself in partial isolation.

Yet Trump, who has been in physical proximity to all of the above — without practicing proper social distancing — seeks to project a sunny lack of concern, even as the pandemic literally hits home. “Coronavirus numbers are looking MUCH better, going down almost everywhere,” he proclaimed Monday on Twitter. “Big progress being made!”

After 80,000 American deaths, the president is still engaged in magical thinking. He has long maintained that the virus will “go away without a vaccine,” though experts tell him it will not. His vanity will not allow him to be photographed wearing a face mask. The phrase “whistling past the graveyard” comes to mind.

Magical thinking is not the same thing as optimism. If Trump had mandated a nationwide program of testing and contact tracing, and if all of the states beginning to open up their economies met the conditions laid out by the president’s own coronavirus task force, he would have reason to be bullish. Instead, he is basically just hoping for the best.

Some of Trump’s aides seem to see the situation more clearly. “It’s scary to go to work,” economic adviser Kevin Hassett said Sunday on “Face the Nation.” “I think that I’d be a lot safer if I was sitting at home instead of going to the West Wing.” Hassett added, however, that he has confidence in the White House medical team and the daily testing that is now taking place for those who work in the complex.

When Pence’s aide Miller — who is married to Stephen Miller, one of Trump’s closest and most influential advisers — tested positive, Trump’s incoherent response once again reflected magical thinking.

“She tested very good for a long period of time. And then all of a sudden today she tested positive,” Trump said. “So, she tested positive out of the blue. … This is why the whole concept of tests aren’t necessarily, right, the tests are perfect but something can happen between a test where it’s good and then something happens and then all of a sudden — she was tested very recently and tested negative.”

But rather than some grand mystery, that’s how disease transmission and testing work. You test negative if you haven’t been infected. Disease transmission is not that “something happens,” driven by forces beyond our comprehension. One very specific event occurs: The coronavirus enters your body. People need to be tested frequently because that infection can happen at any time.

Trump’s reflex, though, was to question “the whole concept of tests” because he has essentially abdicated federal responsibility for virus and antibody testing. He doesn’t want to hear the creaking floorboards in the attic where the chainsaw murderer patiently waits, so he pretends not to hear them.

And the president encourages everyone else to embrace his obliviousness and carelessness. The West Wing of the White House is a warren of small offices and narrow corridors. Reportedly, most staff members followed the president’s lead and refused to wear masks — until now. Following the positive tests, those who can work from home are being encouraged to do so. The valets who serve the president now wear masks.

Trump wants it both ways: both to pretend the ghoul stalking us is imaginary, and to do as much to protect himself from it as possible. Even if going to work is a bit “scary,” personnel in the White House complex can at least count on a regime of daily testing and rapid contact tracing to keep them safe. Several aides who had been in contact with Miller, for example, were scheduled to travel with Pence but were immediately removed from his plane.

But Trump, thinking magically, wants the rest of us to go back to our workplaces, too — but without the safeguards that allow his workplace to function. Pay no attention to the thumps and bumps coming from the basement. It’s just some guy in clown makeup holding a very sharp knife.

Eugene Robinson is an associate editor of The Washington Post and won the Pulitzer Prize for commentary in 2009.