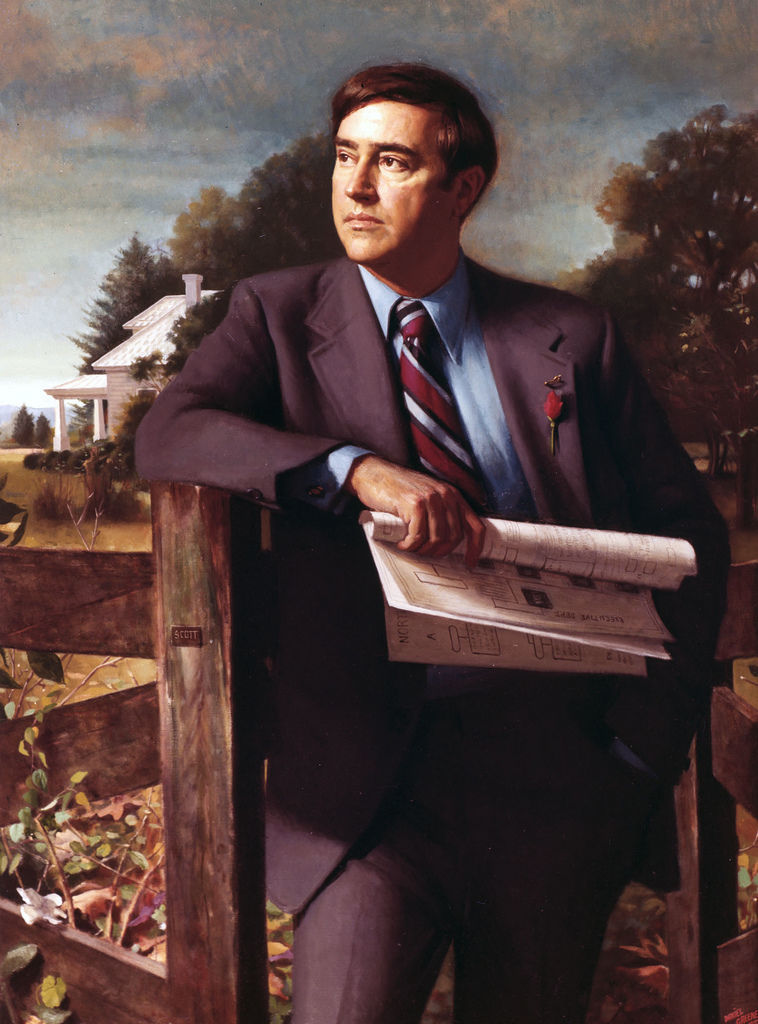 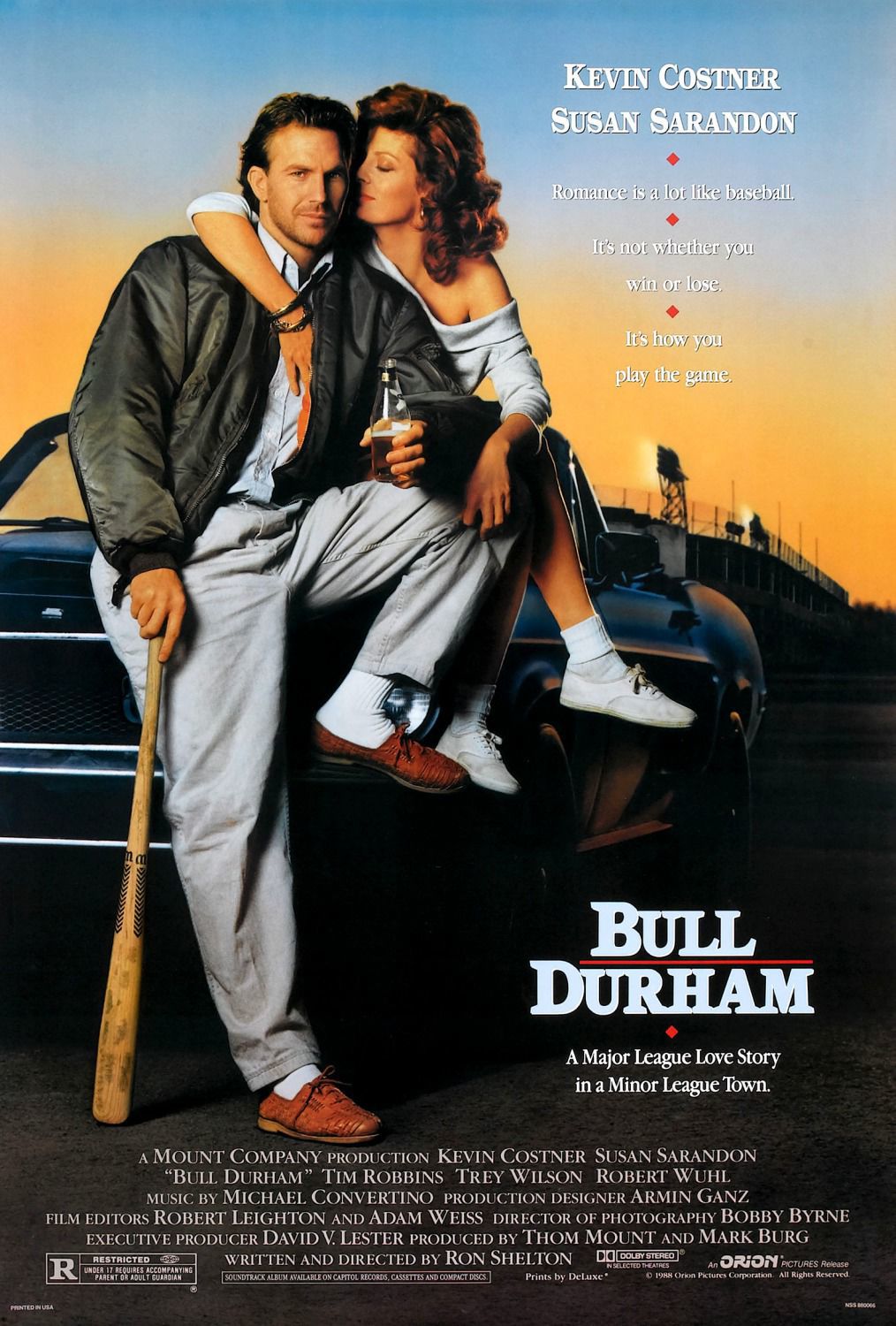 Bull Durham – one of the best movies ever made – premiered this week back in 1988. Quote from the movie, ”A good friend of mine used to say, ‘This is a very simple game. You throw the ball, you catch the ball, you hit the ball. Sometimes you win, sometimes you lose, sometimes it rains.’ Think about that for a while.” – Ebby Calvin “Nuke” LaLoosh 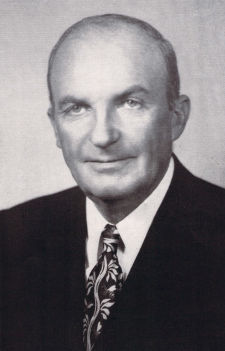 Bull Durham – one of the best movies ever made – premiered this week back in 1988. Quote from the movie, ”A good friend of mine used to say, ‘This is a very simple game. You throw the ball, you catch the ball, you hit the ball. Sometimes you win, sometimes you lose, sometimes it rains.’ Think about that for a while.” – Ebby Calvin “Nuke” LaLoosh

On June 11, 1937, Eleanor Roosevelt kicked up her heels with the homesteaders at Penderlea. The First Lady visited Pender County to check on the progress at one of her husband Franklin’s premier homestead sites.

During the depths of the Depression, Wilmington industrialist Hugh MacRae conceived the idea of creating a model farm community at Penderlea on a grand scale. He had experimented with similar communities across southeastern North Carolina early in the 20th century.

The intention at Penderlea was to build the “best planned rural community in the world.” A tract of 10,000 acres was set aside, land was cleared and homes and a community center were built. MacRae disagreed with those in Washington as to how Penderlea should be managed, and, in May 1934, the entire program was federalized.

Though Roosevelt and his New Dealers were pursuing similar programs across the country, no other rural project was as large as Penderlea, though the original goal of 500 20-acre farms was never met. A total of 142 units were leased but, by 1941, few of the original homesteaders remained.

Following his 1909 graduation from the University of North Carolina, Hanes returned to Forsyth County and joined the family textile business. His factory, Hanes Hosiery Mills, became the world’s largest manufacturer of women’s nylon seamless hosiery. He was known to have said,”Nature gives you seamless legs; Hanes gives you seamless nylons.”

In addition to his work with the family business, Hanes served on the board of directors for organizations including the Norfolk and Western Railway, the New York City-based Savoy Hotel, Hanes Dye and Finishing Company, the National Association of Manufacturers, and Wachovia Bank and Trust Company. He also took an active role in local government, most notably serving for four years as mayor of Winston-Salem and for 22 years on Forsyth County’s Board of Commissioners.

At his death in 1972, James G. Hanes willed his stately English manor-style home and the adjoining 32-acre estate to the Southeastern Center for Contemporary Art.

On June 13, 1929, Governor Robert W. Scott was born in Alamance County to family active in the state’s political and social life.

After attending school at Duke and N.C. State, Scott returned home to manage his family’s dairy farm. He served in the Army’s Counter Intelligence Corps in Asia before being elected the state’s lieutenant governor in 1964.

Elected to the state’s top job in 1968, Scott became the second governor in North Carolina history (after Richard Dobbs Spaight, Jr.) to follow his father into office.

Scott’s signature achievement was a reorganization of state government and a realignment of the state’s system of higher education. He consolidated more than 300 state agencies and offices into 17 cabinet-level departments and centralized the state’s public universities in one system.

At the close of his term as governor, Scott became vice president of the N. C. Agribusiness Council. He went on to co-chair the Appalachian Regional Commission, to unsuccessfully challenge Governor James B. Hunt, Jr. in the Democratic primary for governor in 1980 and to serve as president of the state’s community college system.

Scott’s governorship marked the end of a 72-year Democratic monopoly on the office.

A piano student from a young age, Trotter began playing piano professionally with Hal Kemp’s band after meeting Kemp as a student at UNC. At the end of his first year Trotter left college to continue with the band, serving as their arranger as well as the pianist.

In 1936, Trotter left Kemp’s band and began orchestrating for Bing Crosby, an association that would last for almost 20 years.

In the 1950s, Trotter, known for his easy-going style and large physical size, began working in television, first as music director for The George Gobel Show and later on several specials for Crosby.

Trotter later directed the music for the Charlie Brown specials, receiving nominations for both an Oscar and a Grammy for A Boy Named Charlie Brown. He is credited with the idea of using the trombone for the teacher’s voice that became a hallmark of the animated movies.

Trotter died in 1975 in Los Angeles and is buried in Sharon Memorial Park in Charlotte.

On June 15, 1988, Bull Durham premiered. The film, starring Kevin Costner, Susan Sarandon and Tim Robbins, was a blockbuster hit, grossing more than $50 million in North America alone. Sports Illustrated put it at the top of its list of the greatest sports movies of all time.

The film centers around the Bulls, Durham’s minor league baseball team. “Crash” Davis—played by Costner— is brought in to help prepare “Nuke” LaLoosh—played by Robbins—for the Major Leagues. Baseball groupie Annie Savoy—played by Sarandon—initially becomes involved with Nuke, but finds herself increasingly attracted to Crash.

The phrase “Bull Durham” has its origins in the post-Civil War era. Durham tobacco industrialist John R. Green based his tobacco advertising on a popular brand of mustard made in Durham, England, that featured the head of a Durham bull on its label. The tobacco was widely advertised and became one of the most recognized American products of the late 1800s and early 1900s.

Bull Durham brought national attention to both the famous tobacco name and the Durham Bulls.

Fond of concocting fresh syrup flavors to mix with soda water at his drugstore’s soda fountain, Bradham had developed the formula for his new beverage in 1893. His friends initially dubbed it “Brad’s Drink,” but Bradham renamed his product “Pepsi-Cola” in August 1898, combining the names of two of the drink’s ingredients: pepsin, a digestive enzyme, and kola nut extract. Other ingredients were sugar, vanilla and “rare oils.”

Working in his pharmacy’s back room, Bradham launched the Pepsi-Cola Company and incorporated it in 1902. He first applied to register “Pepsi-Cola” as a trademark on September 23 of that year. The application, approved in 1903, described his product as “flavoring syrup for soda water.”

At first, he mixed the syrup and sold it exclusively to soda fountains. Then, realizing that a ready-to-drink beverage might appeal to more people, he began bottling and franchising Pepsi-Cola in 1905. In April of that year, he applied for a second Pepsi-Cola trademark for a “tonic beverage.” Registered a year later, that trademark was renewed and is currently owned by the multinational corporation, PepsiCo, Inc., of Purchase, N.Y.

Explosives Advanced by Gabriel Rains during the Civil War

On June 17, 1864, Brigadier General Gabriel Rains was appointed chief of the newly created Torpedo Bureau of the Confederate army.

Born in New Bern in 1803, Rains graduated from the U.S. Military Academy at West Point in 1827. He began experimenting with mines, then called “torpedoes.” in 1839, during the Seminole War. At the outbreak of the Civil War he resigned his commission and offered his services to the Confederacy.

Rains continued to develop his “infernal machines” for use on land and in waterways throughout the war. Many officers in both the Union and Confederate armies thought torpedoes constituted an improper form of warfare, but Rains defended his use of explosive devices as a means to discourage a night attack by an enemy, to defend a weak point of a line and to check enemy pursuit.

While in service in Richmond, Rains began to formulate plans for the torpedo defense of Confederate ports. Impressed with the plans, President Jefferson Davis directed him to put his plans into operation. Rains was first sent to Vicksburg, Mississippi, and then to Charleston, South Carolina and Mobile, Alabama.

Rains’s torpedoes were a great success, providing an effective deterrent to Union naval attack and sinking about 58 Union vessels in all.

On June 18, 1875, the Right Reverend Thomas Atkinson, Bishop of the Diocese of North Carolina, consecrated St. Mark’s Church in Wilmington. The congregation was the first Episcopal Church for African Americans in North Carolina.

The church can trace its roots to late 1869, when the Reverend Charles Otis Brady was called to lead a new Episcopal Church for an exclusively black congregation. The worshipers initially selected the name St. Paul’s, but soon after adopted St. Mark’s. The new congregation purchased a lot at the corner of Sixth and Mulberry Streets and began raising money for the land and the future church building.

People from around the nation contributed to the campaign, and construction on the church began in March 1871. Although the structure was not fully finished, the first church service was held in the new building in December of that year.

St. Mark’s became part of the Episcopal Diocese of North Carolina as a mission in 1872. The original church building, at 220 North Sixth Street, has been extensively renovated and is still in use.