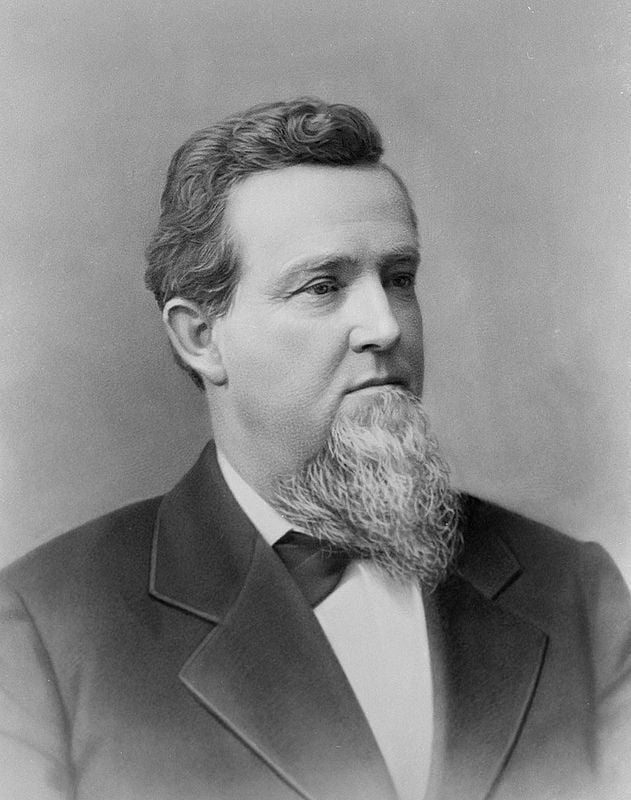 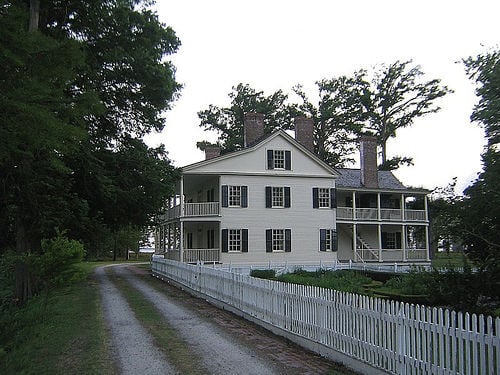 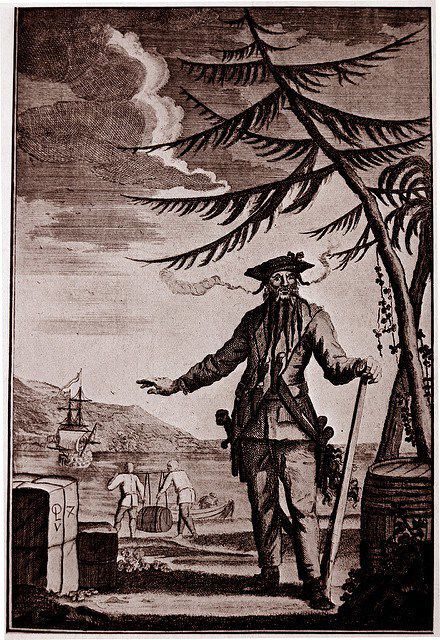 The Emancipator and the Animator: Lincoln at Gettysburg

On November 19, 1863, at Gettysburg, President Abraham Lincoln paid tribute to the men who gave the “last full measure of devotion” on that hallowed ground four months earlier.

In the course of the battle between July 1 and 3, over 7,000 men were killed, and it’s estimated that North Carolinians represent one in four of battle’s overall Confederate casualties. The day’s losses were recorded by photographer Timothy Sullivan. The Gettysburg Address was less well documented, the primary record being stereographs by Alexander Gardner. Images from both events have been digitized and made available by the Library of Congress.

In 2013, UNC Asheville professor Chris Oakley, a former Disney animator and screenwriter, worked with several students to create the “Virtual Lincoln Project.” The project’s objective was to recreate the Gettysburg Address in 3-D animation. In the course of that work, Oakley discovered what he believes to be an image of Lincoln in a crowd scene.

On November 20, 1858, distinguished Cherokee warrior Junaluska died. Little is known of his early life. Although he was not chief, Junaluska spoke for the tribe in 1811 when he refused the Shawnee request for the Cherokee to join in fighting against the influx of settlers.

As further indication of his loyalty to the United States, Junaluska recruited 100 warriors to join the war against the Creek Indians in 1813. It is an account from this conflict that credits Junaluska for saving Andrew Jackson’s life at Horseshoe Bend, Alabama.

Junaluska returned to his farm in North Carolina and lived a quiet life until Andrew Jackson, then President, called for the removal of Cherokee to Oklahoma in 1838. Junaluska survived the Trail of Tears, but later walked home to North Carolina.

The North Carolina General Assembly granted Junaluska citizenship, 337 acres of land, and $100 in recognition of his military service in 1847 . The land was at Cheoah, near what is now the town of Robbinsville, and was, ironically, part of his property prior to the Cherokee removal.

The process was not easy, however, considering that in 1788, the General Assembly actually declined to ratify United States Constitution, suggesting many amendments and calling for a Bill of Rights. On November 16, 1789, a second convention met to take up the matter again. The Constitution, with the addition of the Bill of Rights, was ratified five days into the convention.

The State House where North Carolina became a state remained standing until 1831, when it was destroyed by a fire that devastated much of Fayetteville.

Blackbeard’s Death: Off With His Head

On November 22, 1718, the infamous pirate Blackbeard was killed. Reported to have been a privateer during Queen Anne’s War, Blackbeard is said to have turned to piracy afterward. He is one of the most famous figures associated with the “Golden Age of Piracy,” which flourished briefly along the North Carolina coast in the early 1700s.

In 1717, Blackbeard and his fellow pirates captured the French slaveship La Concorde in the eastern Caribbean. With his new ship, which he renamed Queen Anne’s Revenge, Blackbeard cruised the Caribbean taking ships along the way. Arriving off the cost of Charleston, S.C. in May 1718, Blackbeard blockaded the port for nearly a week in what was perhaps the most brazen act of his piratical career.

Blackbeard lived in the town of Bath briefly during the summer of 1718, and soon after, attempted to enter what is now Beaufort Inlet with his fleet. The vessels grounded on the ocean floor and were abandoned.

Six months later, at Ocracoke Inlet, Blackbeard encountered ships sent by the governor of Virginia, led by Lieutenant Robert Maynard. In a desperate battle, Blackbeard and several of his crew were killed. Maynard returned to Virginia with the surviving pirates and the grim trophy of Blackbeard’s severed head.

On November 23, 1963, as the clock neared midnight in Raleigh, an attempt was allegedly made at the Dallas police department on behalf of Lee Harvey Oswald to contact one or two phone numbers in the 919 area code. It was the day after Oswald was arrested for the assassination of President John F. Kennedy.

What has come to be dubbed the “Raleigh Call” went unrecorded in the Warren Commission investigation. Later in the 1960s, one of the Dallas County switchboard operators on duty that night shared a story about the call with authorities.

The story goes that the operator reported that she had been asked to call two numbers in Raleigh, although without success, and then threw away the memo slip from the fruitless calls. Apparently she later recreated a slip, as a souvenir, that included two phone numbers along with the name “John Hurt.”

Little has come of the story, and mysteries surrounding the call have contributed to assassination conspiracy theories. In July 1980, both the Raleigh Spectator and the News and Observer printed articles attempting to expose details about the call, its related personalities and chain of events. And still the “Raleigh Call” and an Oswald connection to Raleigh remain an unsolved mystery.

North Carolinian Perished Aboard the Titanic

On November 24, 2003, Governor Mike Easley proclaimed “Oscar Scott Woody Day.” The day honored a Roxboro native who died in the sinking of the RMS Titanic, a postal clerk named Oscar Scott Woody. Interest in Woody was spurred by a 1999 exhibit at the Smithsonian National Postal Museum on the five clerks aboard the ill-fated vessel.

The Titanic sank on Woody’s 41st birthday. He was one of five postal clerks on board the vessel, all of whom who perished in the line of duty. After the ship struck an iceberg, they opened the registered mail cage of the ship’s post office below decks and attempted to drag about 200 sacks of registered mail upstairs to the decks, in the hopes that it could be saved.

A 1912 article in the Raleigh News and Observer, said, “More than one North Carolinian today, when it was learned that the dead mail clerk hailed from ‘down home,’ expressed their satisfaction that North Carolina courage had not been found wanting in that fearful test . . . ” and noted that he “died like a North Carolinian.”

On November 25, 1784, Josiah Collins, a wealthy merchant and shipper from Edenton, entered into a verbal partnership with Dr. Samuel Dickinson and Nathaniel Allen to acquire a large body of land “surrounding and bordering upon” Lake Phelps.

The partnership, known as the Lake Company, agreed to cut a canal from the Scuppernong River to Lake Phelps to drain the land and farm rice and other staples on it. Collins eventually bought his two partner’s shares and renamed the property Somerset Place, after the county in England where he was born.

Somerset remained in the Collins family for three generations, and by 1865, Somerset Place was one of the upper South’s largest plantations. Over the life of the plantation, dozens of white employees, two free black employees and more than 850 enslaved people lived and worked the land, and by the outbreak of the Civil War, the complex featured more than 50 buildings, including a hospital and an Episcopal chapel.

Somerset Place became a state historic site in 1969, and set a national example for interpreting the stories of the enslaved community under the leadership of site manager Dorothy Spruill Redford in the 1980s.

On November 26, 1827, Governor Alfred Scales was born in Reidsville.

Scales studied law at UNC and privately under William Battle, before winning election as today’s equivalent to the Rockingham County district attorney. He quickly moved up the political ladder, serving in the General Assembly in the early 1850s before being elected to Congress later that decade.

Scales joined the Confederate Army a month before secession and continued his service until the surrender at Appomattox, but after the war, Scales was reelected to the General Assembly and the U.S. House.

It wasn’t until 1884 that the Democratic Party nominated Scales for governor. He won the state’s top job over Republican Tyre York, making him the 45th governor of North Carolina.

Like many other governors of the era, Scales focused his efforts on education and internal improvements like railroads and highways. One of the highlights of his tenure was the establishment of the school that later became North Carolina State University.

After stepping down as governor, Scales left public life and moved to Greensboro where he continued to practice law and got involved in banking. He died in 1892.