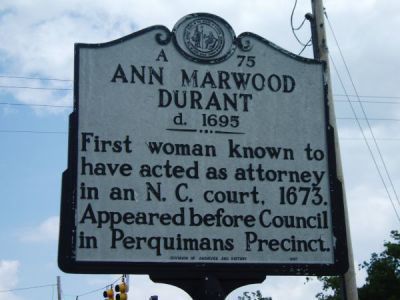 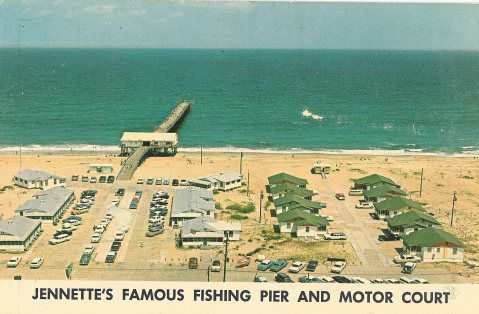 Klansmen in robes at tent meeting. 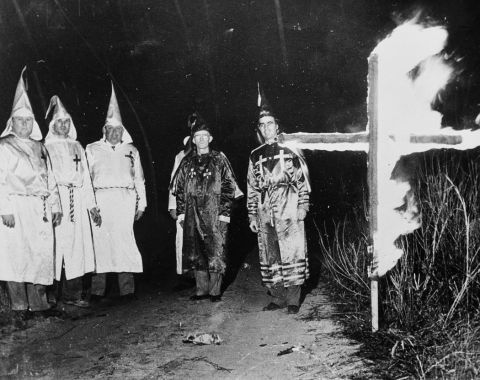 Klansmen in robes with burning cross.

Klansmen in robes at tent meeting.

Klansmen in robes with burning cross.

On May 21, 1870, J. W. Stephens, a state senator and Freedman’s Bureau agent, was murdered by Ku Klux Klansmen in the basement of the Caswell County Courthouse in Yanceyville.

On that Saturday there was a political rally near the courthouse. One of the people in attendance was J.W. ‘Chicken’ Stephens, despised by the local Ku Klux Klan chapter for his progressive attitudes towards blacks. Governor William W. Holden had tasked Stephens with investigating suspected Klan members, the same Klan members who had marked Stephens for death.

Lured into the basement of the courthouse, Stephens was ambushed and stabbed; his body was left on a woodpile.

The murder, along with that of black town commissioner Wyatt Outlaw in Graham earlier that year, led Gov. Holden to declare martial law in Alamance and Caswell Counties. Holden, believing the area to be in a state of insurrection, called up the militia to occupy the area and settle the racial violence. The episode, which has become known as the Kirk-Holden War, led to Holden’s impeachment and removal from office in 1871.

On May 22, 1939, work began on Jennette’s Ocean Pier in Nags Head, the first fishing pier on the Outer Banks.

The 750-foot wooden structure was built by Elizabeth City’s Warren Jennette, Sr., who purchased the former site of Camp Weaver, a WPA transient camp that housed workers who built sand dunes in the area. Some buildings were converted into overnight accommodations for fishermen.

The pier opened for business that summer with a snack bar, bait stand, guest rooms and restrooms for the public. Located across from Sam and Omie’s restaurant and near Whalebone filling station, the pier helped establish the business district in South Nags Head.

Jennette’s Pier suffered damage from sea worms, nor’easters, hurricanes and even a wayward shipwreck, and was rebuilt a number of times. But it was Hurricane Isabel in 2003 that caused its final demise. A new 1,000-foot state-of-the-art green pier with educational exhibits, wind turbines and concrete pilings was built to replace the old pier.

The new pier was dedicated in May 2011, with Governor Beverly Perdue taking part in the opening celebration. Now a facility of the North Carolina Department of Natural and Cultural Resources, Jennette’s Pier hosted nearly 200,000 anglers and sightseers last year.

Born on his family’s plantation near what’s now the town of Turkey, Kenan was elected sheriff of Duplin County when he was 22. He displayed strong leadership early, assembling a group of volunteers to go to Wilmington in vocal opposition of the British Stamp Act.

After serving in the colonial assembly and provincial congress, Kenan joined the Duplin militia at the outset of the Revolutionary War. He helped lead a group of volunteers against Scottish loyalists at the Battle of Moore’s Creek Bridge in 1776, and rose through the ranks to become brigadier general for the Wilmington District shortly after the war ended.

Kenan served more than 10 terms in the state legislature after independence and was prominent in the state’s political scene, acting as a member of the State Constitutional Conventions of 1788 and 1789, becoming a member of UNC’s original board of trustees and sitting on the council of state under Richard Caswell.

Active in the Freemasons, Kenan was the first Master of the original Masonic lodge in Duplin County.

On May 24, 1775, Josiah Martin, the last royal governor of North Carolina, fled Tryon Palace under cover of darkness. In 1774, delegates to North Carolina’s First Provincial Congress recommended that counties form committees of safety, a move to supplant royal authority. Fearing that the cannons on the palace grounds might be used in an insurrection, Martin had them removed in May 1775.

Abandoning the palace, Martin went from New Bern to Fort Johnston, at the mouth of the Cape Fear River, where several English warships lay at anchor. He described the fort as “a wretched little place.”

Receiving reports that the Wilmington Committee of Safety planned to attack the fort and seize him, Martin took refuge on the HMS Cruizer that was resting offshore. It was a wise move, since five days later, the militia, in Martin’s words, “wantonly in the dead hour of night set on fire and reduced to ashes the houses and buildings within the Fort.”

The Cruizer would remain Martin’s headquarters through the summer and fall. From aboard the ship, on August 8, he issued his “Fiery Proclamation,” denouncing the safety committees.

On May 25, 1673, Ann Durant became the first woman to act in the capacity of an attorney in North Carolina. Durant represented Andrew Ball in his successful effort to recover wages due him for work aboard a ship at a proceeding held at the home of council member Francis Godfrey. On at least 20 other occasions she appeared before colonial courts on behalf of herself, her husband or others. She frequently appeared to collect debts owed to her store.

Durant’s court appearances were not the first display of her self-reliance. After marrying George Durant in Virginia in January 1659, the couple moved to their “southern plantation,” settling on the peninsula today known as Durant’s Neck. George Durant served in various capacities in the colony, as speaker of the assembly and as attorney general.

In her husband’s frequent absence, Ann Durant ran their plantation, often providing accommodations for officials attending meetings of the Assembly and Council held at their house. Prisoners were also sometimes held at the Durant home, and it was on their tract that the first public structures in North Carolina, stocks and pillories, were built. She also raised nine children.

On May 26, 1908, North Carolina voters approved a prohibition on the sale of alcoholic beverages statewide. North Carolina was the first state in the nation to approve such a measure, and did so by the wide margin of 62 to 38 percent.

Restrictions and regulations related to the sale and use of alcohol existed in North Carolina since the early 1700s, but the temperance movement, with calls for statewide prohibition, were not full in swing until the mid-1800s. During the Civil War, the legislature prohibited the use of various crops to make alcoholic beverages because the crops were needed for food. Throughout the late 1800s, the General Assembly gave local communities the option to ban alcohol and also began passing special legislation prohibiting saloon licenses in particular areas of varying sizes.

The Prohibition enacted by voters in 1908 went into effect in January 1909. The federal government’s Eighteenth Amendment to the Constitution became effective in 1920 making it illegal to manufacture, sell or transport intoxicating liquors in the United States. Nationwide Prohibition was ended with the passage of 21st Amendment in 1933. North Carolina was one of only two states that refused to ratify the repeal.

On May 27, 1863, William Dorsey Pender was promoted to major general in command of Gen. A.P. Hill’s division at only 29 years old.

Born in in 1834 in what is now Wilson County, Pender graduated from the U.S. Military Academy at West Point. From 1856 to 1860, he saw active service on the frontier in New Mexico, California, Oregon and Washington state.. At the outbreak of the Civil War, Pender resigned his commission, choosing to fight for his native state.

Pender was first elected colonel of the 3rd North Carolina Volunteers and then transferred as commander of the 6th North Carolina Troops. In combat at Seven Pines, Pender performed so valiantly that he received a promotion to brigadier general. While commanding the brigade, Pender was wounded at Malvern Hill, Second Manassas and Fredericksburg. He took over command of A.P. Hill’s division at Chancellorsville after Hill was wounded.

Two months after Chancellorsville, Pender led the division in Lee’s invasion of Pennsylvania. While leading his division in an assault on Cemetery Hill at Gettysburg, he was struck by a piece of artillery shell. He later suffered a botched amputation of his leg. The procedure ruptured an artery, and he bled to death.

On May 28, 1965, members of the Ku Klux Klan burned crosses on the grounds of courthouses and city halls in 13 North Carolina cities and towns.

The coordinated campaign of cross burning was part of a wider wave of violence undertaken by the KKK in reaction to the growing civil rights movement that was sweeping the nation and state.

Just months later, the U.S. House of Representatives’ Un-American Activities Committee found that North Carolina had the largest Klan presence of any state in the Union, with more than 6,000 members organized

into at least 112 local chapters and scores more sympathizers. The Klan had even set up a booth at the State Fair.

Despite the violence and tension, then Governor Terry Sanford continued to quietly lead business and other community leaders toward desegregation not by calling for changes in law, but by setting up programs like the Good Neighbor Council, which encouraged fair employment practices to improve race relations.