Log In Sign Up
You are the owner of this article.
Edit Article Add New Article
You have permission to edit this article.
Edit
News
Opinion
Sports
Features
Obits
Multimedia
Classifieds
e-Edition
Our Sites
Extras
Share This
1 of 3 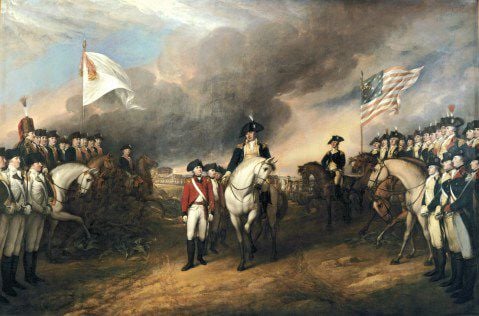 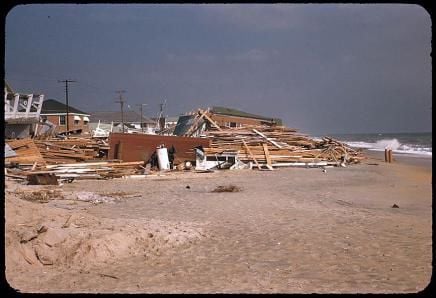 A transparency slide in the collection of the N.C. Museum of History showing damage from Hurricane Hazel in Carolina Beach 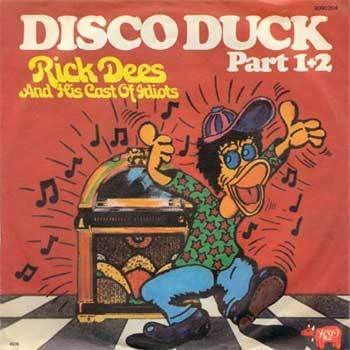 A transparency slide in the collection of the N.C. Museum of History showing damage from Hurricane Hazel in Carolina Beach

Devastation was widespread but nowhere was the impact more severe than on Long Beach (present-day Oak Island), where a 17-foot storm surge swept away 352 of the 357 structures on the island. The dramatic surge was, and remains, singular in North Carolina’s recorded history.

Hazel was the only Category Four hurricane of the twentieth century to strike North Carolina. Its winds topped 140 miles per hour. After landfall it tracked inland, and battering winds cut a wide swath northward toward Raleigh. High winds toppled trees, ripped roofs, and tore down signs and power lines across the state. Hazel was responsible for 95 deaths in the U.S., including 19 in North Carolina. Hazel remains the standard by which other North Carolina hurricanes are measured.

On October 16, 1976, Rick Dees’ song “Disco Duck” hit number one on the Billboard charts. At the time of the novelty hit, Dees was working as a disk jockey at a radio station in Memphis, Tenn.

Rigdon Dees III was born in Florida, but was raised in Greensboro. He attended Grimsley High School and graduated from UNC-Chapel Hill with a degree in radio, television and motion pictures. Dees went on to work at several radio stations around the South. He wrote and recorded “Disco Duck” as a parody of the glut of disco songs popular in the late 1970s. It was perfect timing for the song, which ended up being his only hit recording.

Dees went on to become one of the most famous DJs in the country, hosting long-running shows such as The Weekly Top 40. He also has acted in television shows and movies, and has done voiceovers for movies, including Disney’s The Hunchback of Notre Dame.

His many accolades include membership in both the National Association of Broadcasters and the National Radio Halls of Fame and a star on the Hollywood Walk of Fame.

On October 17, 2003, football star Charlie “Choo Choo” Justice died at his home in Cherryville at the age of 79. A native of Asheville, Justice acquired his nickname in the Navy, into which he was drafted in 1943. Seeing him dodge tacklers for the Bainbridge Naval Training Center team, an officer remarked, “He looks like a runaway train. We ought to call him ‘Choo Choo.’”

After the war, Justice played for the UNC, though many other college vied for his talents. From 1946 to 1949, while Justice played for the Tar Heels, the team had a record of 32-9-2, went to three bowl games and even achieved a number one ranking in the AP Top 10. Justice was named National Player of the Year in 1948, was runner up for the Heisman Trophy in 1948 and 1949 and remains in the record books at UNC for a number of achievements.

Justice played for the Washington Redskins in the National Football League in 1950 and again between 1952 and 1954, before retiring to work in the oil business and then in the insurance industry. He was inducted into the North Carolina Sports Hall of Fame in 1963.

On October 18, 1867, the first meeting of the General Baptist Convention opened at the First African Baptist Church in Goldsboro.

After the Civil War, African Americans withdrew from Baptist churches across the state and established their own association, the General Baptist Convention, as the black counterpart to the Baptist State Convention. The withdrawal stemmed from strong white opposition to social equality and the desire by both races for separate churches.

In September 1867, a group of ministers called for an assembly. Each black Baptist church was asked to send its minister and two delegates. The planned assembly was held at the same time as the annual meeting of the white convention from which it received advice and $500 in financial support. Known for a time as the General Association for Colored Baptists, the group has been called the General Baptist State Convention since 1947.

Though the creation of the organization came at a time marked by poverty, discouragement and bitter struggle, by 1882 the group represented 800 churches and 95,000 members. Today, the convention represents over a half-million members.

The Road to Yorktown via the North Carolina Piedmont

On October 19, 1781, Lord Cornwallis surrendered more than 8,000 troops to a combined Franco-American force at Yorktown. The surrender came on the heels of much fighting in North Carolina. From January to March 1781, Cornwallis’s army pursued troops—including some local militia—under Daniel Morgan around the state. He continued chasing Morgan’s successor Nathanael Greene, in what became known as the “Race to the Dan.”

The campaign included several skirmishes, namely Cowan’s Ford, Bruce’s Crossroads, Clapp’s Mill and Weitzell’s Mill. It culminated in the Battle of Guilford Courthouse, the largest engagement fought in North Carolina during the Revolution. Although an American defeat, Cornwallis lost more than a quarter of his army; so many men that he had to retreat to British-held Wilmington.

Charles Fox, a British Parliamentarian, reportedly exclaimed upon learning of Cornwallis’s losses, “Another such victory will ruin us.”

After Guilford, as Cornwallis’s army marched for Virginia, and Greene headed into South Carolina, North Carolina became a battleground for an ongoing civil war between local Patriots and Tories. Loyalist David Fanning terrorized the region, and in September captured Governor Thomas Burke and other lawmakers in a raid on Hillsborough. Fanning left North Carolina for the relative safety of the British forces at Charleston after the surrender at Yorktown.

On October 20, 1942, 57 African American professionals from across the South convened the Southern Conference on Race Relations in Durham at what is now North Carolina Central University.

Chiefly responsible for the gathering was Gordon B. Hancock, a nationally-syndicated columnist and professor at Virginia Union University in Richmond.

The group, made up of ministers, physicians, educators, businessmen, labor officials and social workers, was mostly male, with only five women in attendance. P. B. Young of the Norfolk Journal and Guide lent his paper’s support. Delegates divided themselves into seven committees to look at political and civil rights, industry and labor, service organizations, education, agriculture, military service and social welfare.

Benjamin Mays, president of Morehouse College in Atlanta, called for the group to draft a conference statement. The product was the “Durham Manifesto,” a call for a middle ground on civil rights, rejecting unequivocal denunciation of segregation and calling for the nation to address issues of racial discrimination. Louis T. Austin, editor of the Carolina Times in Durham, was largely unsupportive of the effort.

The group in time laid the groundwork for the creation of the biracial Southern Regional Council.

On October 21, 1851, Burke County legislator William Waightstill Avery called the life’s work of Samuel Fleming of Yancey County, his rival in the General Assembly, a “fraud.”

The argument started over a court case in which Fleming was battling over the estate of his deceased wife with her family. Avery, then a prominent attorney and political figure, was representing Fleming’s wife’s family.

Fleming was so outraged over Avery’s comments that he left the courthouse, bought a cowhide whip and proceeded to whip Avery with it. Avery was unarmed and a much smaller man than Fleming. The confrontation ended with Avery too weak to fight back, but came to a head again several weeks later when the two men crossed passed in a different courtroom.

As the pair entered the courthouse in Morganton, Fleming was hurling insults at Avery, who did not fight back. That is, until they actually entered the courtroom. While Fleming was finishing his business with the court clerk, Avery shot and killed him not five feet from the presiding judge.

Avery immediately surrendered himself to local authorities and his trial began days later. A week after the incident, the jury in his case found him “not guilty by reason of emotional insanity.”

Born in 1742, Greene was raised in a Quaker household that denounced warfare. He nevertheless developed a keen interest in military history and tactics as a young man, and was expelled from his Quaker meeting in 1773 for having attended a military parade. Subsequently joining the local militia, he took an active role in early efforts towards American independence. At the outbreak of war, Greene moved swiftly through the American ranks, and was promoted to brigadier general in 1775 during the Siege of Boston.

The next year, at the age of 34, he became the youngest officer promoted to major general in the Continental Army. Greene was one of Washington’s closest confidants and respected commanders throughout the war. As commander of the Southern Army, he performed remarkably, and proved himself a genius of strategy and logistics. His command of American forces directly led to the British defeat at Yorktown in 1781, and therefore ultimately to American independence.