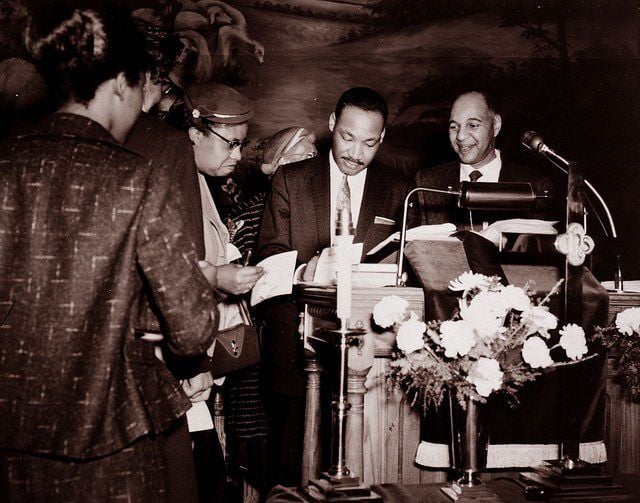 An image of Martin Luther King, Jr. speaks in Durham in 1958 from the State Archives 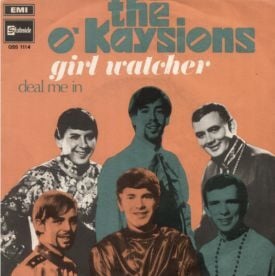 An image of Martin Luther King, Jr. speaks in Durham in 1958 from the State Archives

On November 26, 1744, Alexander Mebane was born at Hawfields in Orange County. An ardent patriot, Mebane played an active role in the Revolutionary War. In December 1776, he served as a delegate to the Provincial Congress in Halifax and, the following year, became sheriff of Orange County, a post he held until 1780. Mebane also served as an officer in the Orange County militia.

At the war’s conclusion, Mebane was elected as an Orange County representative to the General Assembly and served as brigadier general of Hillsborough District militia. He also served as auditor of the Hillsborough Constitutional Convention of 1788 and the Fayetteville Convention of 1789. An Anti-Federalist, Mebane voted against ratification unless a bill of rights was included.

That same year, Mebane joined the first board of trustees of the University of North Carolina. In 1792, he served on the committee that chose New Hope Chapel Hill as the site for the new school. He even helped lay the cornerstone of Old East, the first building erected on campus. In 1793, Mebane was elected to Congress. The Alamance County town of Mebane is named in his honor.

On November 27, 1962, Martin Luther King, Jr., delivered a speech in Rocky Mount. Before a crowd of nearly 2,000 in the gymnasium at Booker T. Washington High School, King used a number of expressions that made their way into his landmark “I Have a Dream” address at the Lincoln Memorial, which was part of the March on Washington in August 1963.

Near the close he built toward these lines: “I have a dream that one day right here in Rocky Mount, the sons of former slaves and the sons of former slave owners will meet at the table of brotherhood, knowing that one God brought man to the face of the Earth. I have a dream tonight that one day my little daughter and my two sons will grow up in a world not conscious of the color of their skin, but only conscious of the fact that they are members of the human race. . . .”

Clayborne Carson, editor of the King Papers, notes that while this was not the first use of the “I have a dream” phrase, it “appears to be an important new rhetorical formulation.” By the spring and summer of 1963 the words were among the most frequent of King’s refrains.

On November 28, 1861, inventor John Blue was born in what is now Scotland County.

Raised on a cotton farm, Blue had an interest from a young age in inventing tools to make life easier. Before he left the family farm to start a life of his own, he often tinkered in his father’s blacksmith shop. Despite the crude tools available to him there, he was able to invent the first cotton-stalk cutter.

Blue struck out on his own in 1883 and continued to invent agricultural tools on the side, including an iron cotton planter and a fertilizer spreader. After a few years, he founded a business on his farm with his father. The business grew steadily into a factory that made a variety of agricultural tools in addition to repairing them. The factory eventually got so large that Blue added a foundry to supply his own iron.

Over the course of his career, Blue continued to invent new products and secure patents for them. His son, John Jr., took over the business after his death and, though it shifted its operations to Alabama after a major fire, the company continues to operate to this day as CDS-John Blue.

On November 30, 1853, Hyde County resident and Baptist preacher George Washington Carawan shot the prosecutor who secured his murder conviction and then turned the gun on himself.

Only an hour before the shooting, a jury found Carawan guilty of the murder of schoolteacher Clement H. Lassiter. Carawan accused Lassiter of having an affair with his wife and shot down the unsuspecting man in November 1852. Carawan forced one of his slaves to assist him in burying the body on a corner of his property before fleeing to Tennessee for a year. While attempting to return home, Carawan’s slave spotted him and promptly alerted neighbors of his master’s return.

A citizens’ arrest quickly landed Carawan in jail and the subsequent trial resulted in a guilty verdict. The judge had just dismissed the jury when Carawan drew a pistol from his shirt, took deliberate aim at prosecutor Edward Warren and fired. The shot struck Warren just above his heart but did not kill him. Carawan, wrestling with his attorneys, then turned the gun on himself and ended his own life. The trial and dramatic end of the murderous preacher gained national attention and riveted newspaper subscribers throughout the country.

On December 3, 1968 the O’Kaysions, a pop music group, earned a gold record for their hit, “Girl Watcher.”

Originally from Wilson, the blue-eyed soul group is generally known as a beach music band. With Donnie Weaver as the lead singer, the band first formed as the Kays in 1959, but it wasn’t until 1968 that they scored their biggest hit with “Girl Watcher.” The song remained in the top 10 for nine weeks.

“Girl Watcher” was recorded at Pitt Sound Studio in Greenville on a local label but was released nationally by ABC Records. The song’s catchy tune and lyrics have made it ripe for parody, and in 1987, it was reworked as “I’m a Wheel Watcher” to promote the game show “Wheel of Fortune.”

Incarnations of the band still perform, but the original members have only reunited one time to be inducted into the Carolina Beach Music Awards Hall of Fame in 2003. Wayne Pittman, the group’s guitarist, is the only original member still playing. He serves as the band’s manager as well.